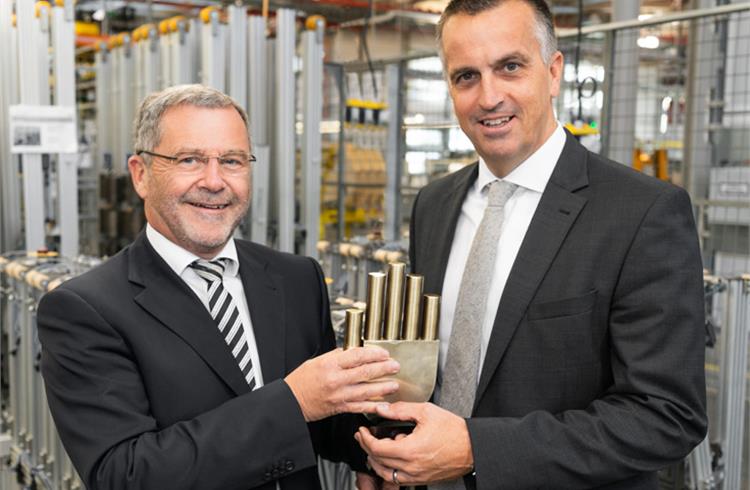 What do an exoskeleton, an electric manipulator arm and a research project on space junk have in common? Plastic plain bearings are used in all three applications and all were chosen as winning applications at the last Manus Award, which motion plastics specialist Igus promotes every two years.

Now Igus has announced for the application phase for the next edition, which will see the winners will receive prize money of up to 5,000 euros (around Rs 400,000).

According to the company, the jury's biggest challenge at the last edition of the Manus Award two years ago was selecting three winners out of 541 entries from 35 countries. In addition to the three winners – an exoskeleton to facilitate assembly work, a manipulator arm that can be used underwater up to a depth of 500 metres and an ejection mechanism for a research object in space – there were many other exciting applications with plastic plain bearings. From 3D printers and sports equipment up to art sculptures.

"This selection of different applications alone illustrates the versatile application potentials of plastic plain bearings," explains Tobias Vogel, vice-president and head of Iglidur plain bearings and drylin linear technology, Igus GmbH. He succeeds Gerhard Baus as a new member of the jury. Mr Baus was involved in the last eight editions of the competition as the co-founder since its inception in 2003.

Call for entries for 2019 Manus Award
The application phase for the 2019 Manus has begun. Users must submit their entries no later than February 22, 2019 and present the design with a brief write-up as well as photos and videos to the jury. Igus says it does not matter whether it is series applications for the industry or just a single piece – the only condition is that there must be at least one built prototype of the presented application available. The winners will be selected by an expert jury composed of members from the fields of science, research and specialist media and will be awarded at the 2019 Hannover Messe.

For more information on the award, visit www.manus-award.com which also offers an overview of the previous winners and applications of participants in recent years that illustrate the variety of interesting and inventive applications.