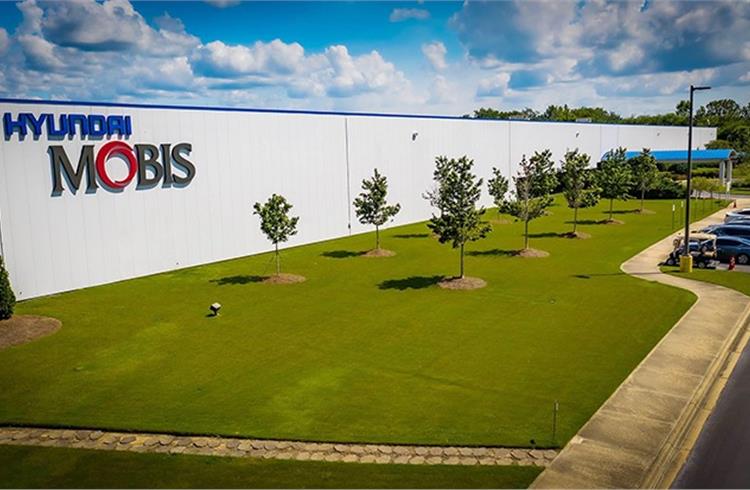 Hyundai Mobis’ Alabama plant has begun production of chassis modules which will be installed in four all-electric Mercedes-Benz SUVs. 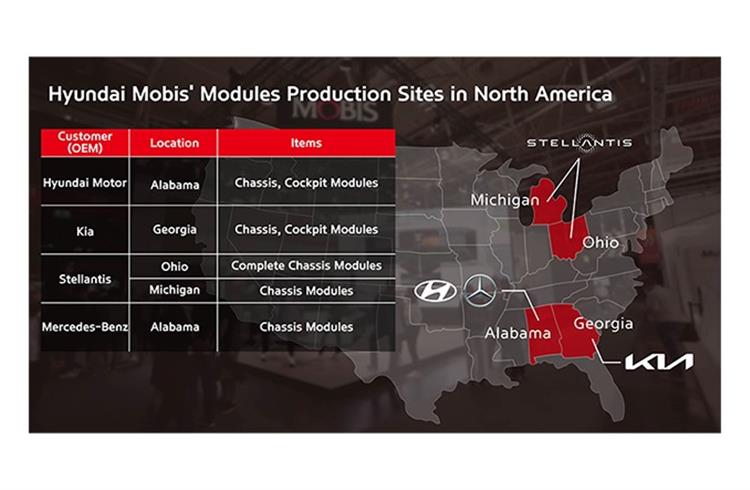 Hyundai Mobis has begun supplies of chassis modules for Mercedes-Benz’s electric vehicle models in the US market. With this, Hyundai has becomes the first non-European supplier for chassis module for the German luxury carmaker. The Korean component major says this is the second time that large-scale module orders have been won overseas, after Chrysler, in the United States.

Hyundai Mobis has built a plant in McAlla, Alabama near Mercedes-Benz's US plant, for this chassis module supply and started mass production from the third quarter of this year. This is its fifth production base in the US, following the Alabama and Georgia plants that supply modules to Hyundai Motors and Kia, and the Michigan and Ohio plants that supply Chrysler modules.

A chassis is a generic term for parts such as steering, braking, and suspension that are assembled under the vehicle body, and a chassis module refers to a large-scale component combination that combines these devices around a frame. It is divided into a front chassis and a rear chassis according to the mounting location. The chassis module corresponds to a core system that determines the driving stability of a vehicle.

This module supply is significant in that Hyundai Mobis' module technology and expertise sees recognition from one of the world's top premium automobile brands. In the process of winning the chassis module order, Hyundai Mobis held several technical briefing sessions and directly demonstrated the module factory mass production system.

Since 1999, Mobis has produced three types of modules, including cockpit-modules (control systems of the driver’s seat) and front-end modules (integrating system of HVAC, lighting and bumper system), and chassis modules. The company is currently operating a total of 28 module production sites: 8 in Korea, and 20  overseas.

Growing overseas business
Hyundai Mobis, which is targeting increased overseas business, has been supplying its module systems to Chrysler since 2006, and has been recognised for its module technology and quality excellence in the North American market, a global automotive battlefield.

Following the new business from Mercedes-Benz, it expects to win orders from other global automakers. Hyundai Mobis currently supplies key parts such as electric equipment, lamps, and sound systems to GM, Stellantis, Volkswagen and Geely.