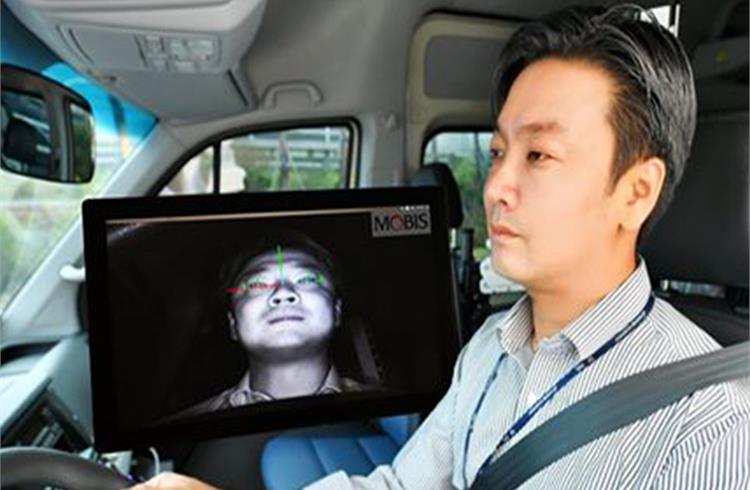 Hyundai Mobis has developed a driver state warning system that can recognise the driver's face and even track their eyes. The system is expected to contribute to preventing big traffic accidents caused by careless driving.

Hyundai Mobis claims that the Driver State Warning (DSW) system can accurately analyse the driver's facial biometric data and warn about careless driving situations. This takes place through driver identification based on facial feature points such as eyes, nose, mouth and ears as well as eye tracking through pupil recognition. It will supply it to main mid/full sized commercial vehicles for the first time in Korea as of 2021. It is claimed that the existing driver state warning systems, which have been applied on a limited basis to some premium sedans and commercial vehicles, could only recognise the direction of the driver's face and the opened or closed state of their eyes.

Its driver identification feature supports registration of multiple drivers. With this new system, Hyundai Mobis is considering connecting it with personalisation features such as automatic adjustment of seats and mirrors.

Globally, systems of this level have hardly yet been applied to sedans and have never been mass-produced for commercial vehicles. The new system combines driver state data captured from an indoor camera with chassis data such as speed, transmission and handling for analysis, securing a higher level of reliability.

It is state-of-the-art technology that recognises the driver's face with an infrared camera installed in the vehicle and detects careless driving caused by drowsy driving, distraction and fatigue. To prevent traffic accidents, the system detects lane departure and lane crossing caused by careless driving and calls the driver's attention with cluster indication, alarm sound and vibration.