Honda 2Wheelers India ships 5,000 Navi CKD kits to the US

Honda 2Wheelers India started Navi exports in 2016. Since then, the company says it has sold more than 180,000 units in more than 22 export markets led by Asia, Middle East and Latin America. 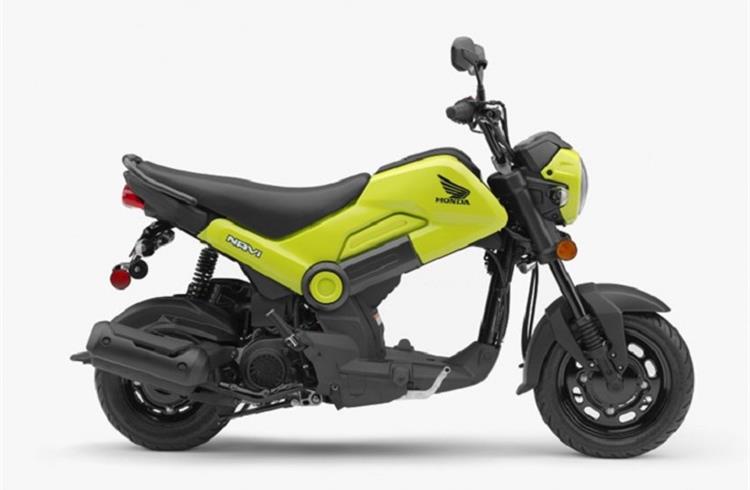 Honda Motorcycle & Scooter India, which is amongst the leading scooter makers in India, is now setting its sight on the export market. The company has announced that has dispatched over 5,000 CKD kits of Navi to USA market through Honda de Mexico.

The Honda Navi, which was launched at the Auto Expo 2016, as the company's first fully India-designed and produced model targeted at millennials and priced aggressively, did not manage to live up to the company's expectations. In fact, despite not being upgraded to BS VI, the Navi still remains a strong proposition for HMSI but in overseas market. It was in January 2020, that HMSI had revealed that it was going to discontinue 4-5 models in the country, but Navi still had strong export potential. This can be seen as the export of Navi CKD kits from Honda Motorcycle & Scooter India to Mexico commenced in July 2021 and has dispatched over 5,000 CKD kits of Navi bikes to Mexico so far.

Atsushi Ogata, MD, president and CEO, Honda Motorcycle & Scooter India said, “I’m happy to share that Honda Mexico has announced start of Honda Navi Exports to US Market. Offering a unique appeal with dynamic style of both scooter and motorcycle, Navi brings a world of limitless possibilities for its riders around the globe. With the start of CKD kits to Honda Mexico, HMSI had reaffirmed its commitment to become one of Honda’s manufacturing hub for the world. The Navi deliveries to US market via Honda Mexico has further strengthened our export portfolio in advanced markets, the new expansion has given us an opportunity yet again to set new standards of global manufacturing quality in India.”

Honda Navi is a crossover, which combines the advantages of a scooter with the characteristics of a motorcycle. It is, in many cases, the first choice of motorcycle to buy. It is agile to get around in city traffic and lightweight for easy manoeuvring in tight parking spaces.

The company says the product that originated from India is garnering a cult following in overseas markets. The OEM says the Navi now holds the opportunity to further consolidate its presence in the US market.

Honda 2Wheelers India started Navi exports in 2016. Since then, the company says it has sold more than 180,000 units in more than 22 export markets led by Asia, Middle East and Latin America.