Graphene: the breakthrough material that could transform cars 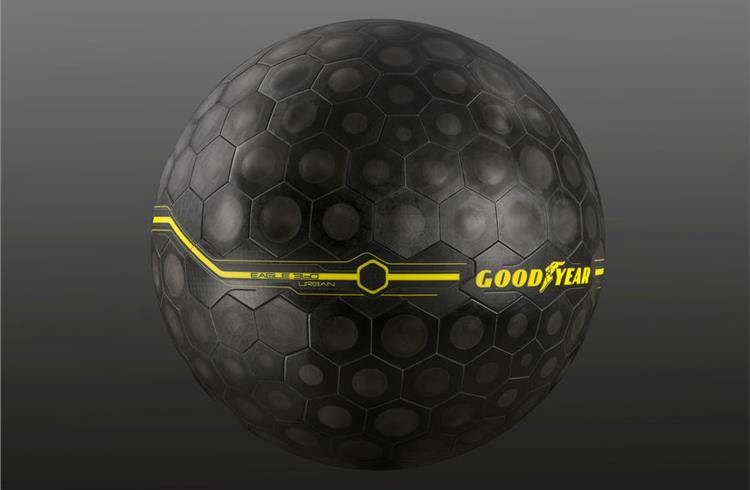 Goodyear has considered using graphene in its future tyres, such as this 360 concept 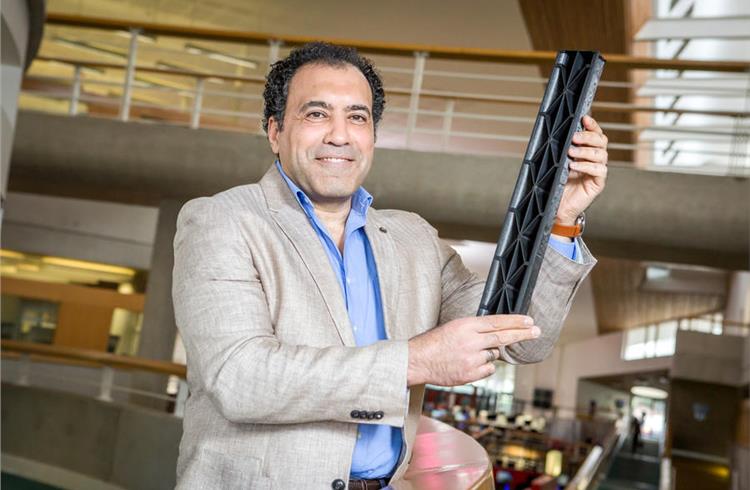 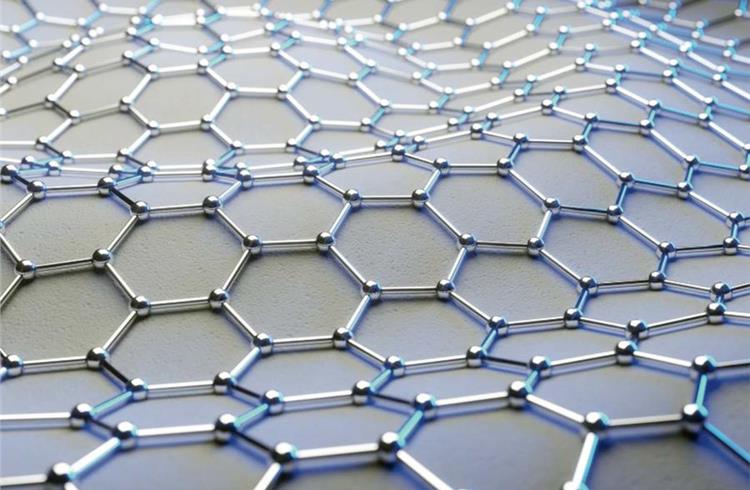 Graphene could make car bumpers around 40% better at absorbing impacts

Composite car components that use graphene are expected to make it to market in seven to eight years and could lead to the development of much lighter, more energy-efficient cars.

That’s the expectation of the University of Sunderland, which is spearheading a consortium promoting the revolutionary material. It is currently running a pilot plant in Japan.

Scientists at the university have been working on graphene — which, when added to carbon-reinforced plastic in a certain way, means a bumper made using the material is capable of absorbing 40% more energy than the standard item. This could lead to the creation of significantly lighter, safer cars.

A number of organisations have recognised the potential of graphene in recent years. Goodyear talked about using it to create tiny sensors in the tread of its Eagle 360 spherical tyre concept, shown in 2016. The Advanced Propulsion Centre in Warwick recently held a seminar that brought together experts to discuss the potential of graphene, which was first isolated at the University of Manchester in 2004.

However, the University of Sunderland claims to be the first to physically test the technology, rather than simply theoretically table it, and has gone so far as to begin patent applications for certain parts of the process.

Graphene is produced by breaking down graphite, the same material used in pencils, to produce a material one-atom thick, or one million times thinner than a human hair. When turned into a powder, small amounts can be blended with the thermoset resin used to impregnate carbon fibre while it is still in liquid form.

The same technique can be used with the thermoplastic material, which can be moulded when hot and becomes hard when cooled. In that case, the graphene is mixed with the plastic when it is melted. 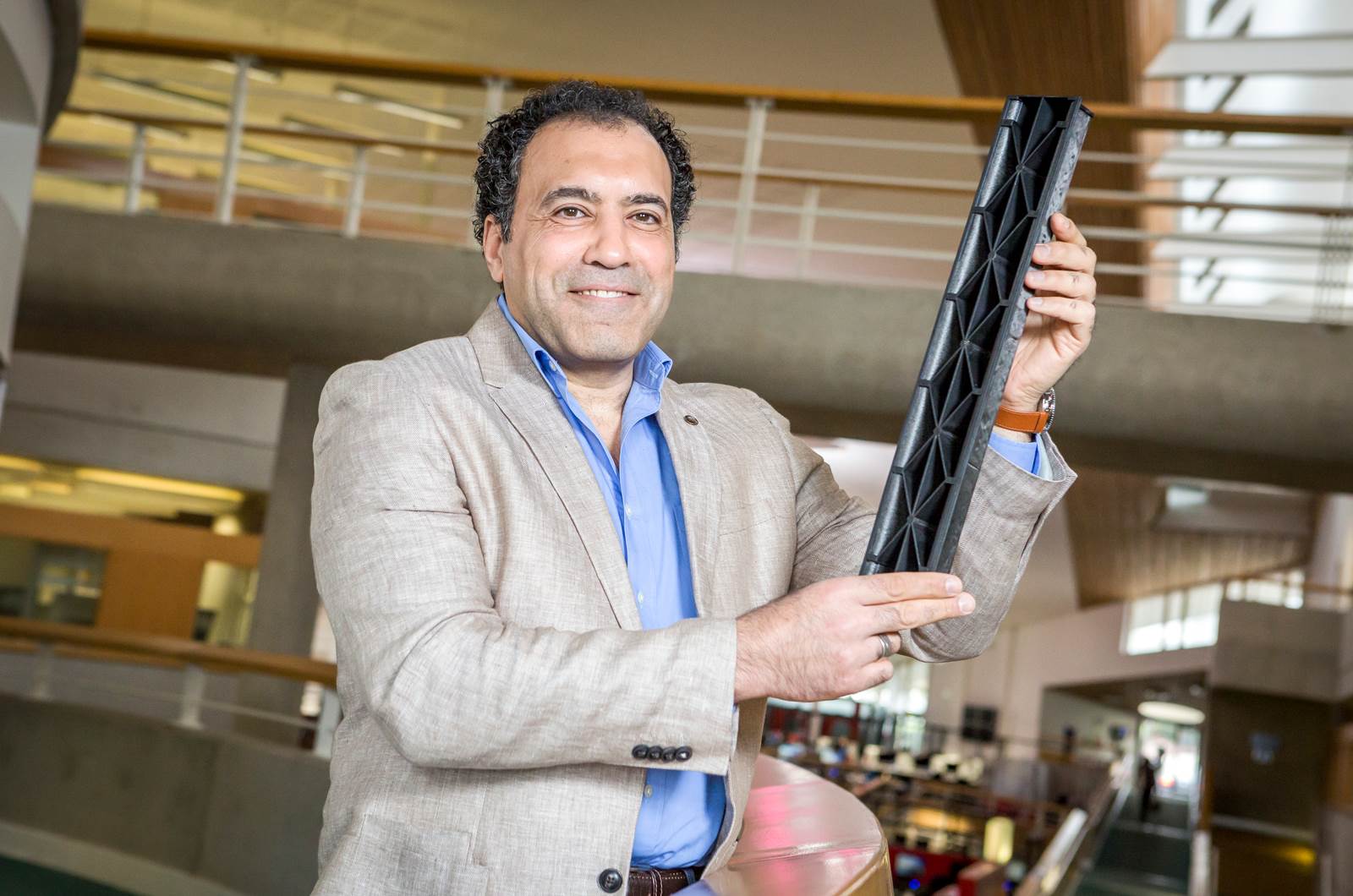 When used in any kind of a crash structure or bumper, carbon fibre absorbs energy as it fragments. The addition of graphene in the right quantity improves this characteristic and gives the material other properties, too.

“The combination of materials creates a kind of toughness that absorbs some load, so it’s somewhere between carbon fibre and metal,” said Ahmed Elmarakbi, professor of automotive composites at the University of Sunderland (pictured above). The process can be used with glass-reinforced plastic (glass fibre) as well.

The final bumper design by the university was created with two components. The outer shell was made from a carbon fibre-reinforced epoxy resin and graphene mix. Strengthening ribs were made from glass fibre, reinforced with thermoplastic mixed with graphene.

“Whatever we’re using now, we can use much less of it,” said Elmarakbi. “Where there are many layers of laminate, we can get better performance using graphene. If we want the same performance, we can use fewer layers.

Future car tech: the gadgetry that could change the world

“As well as reducing weight, this could lead to carbon fibre components becoming much more cost effective by reducing the amount of carbon fibre needed to make them.”

There are still some challenges in readying the material for production. Mixing the graphene powder evenly throughout the polymer is important because clumps of graphene can weaken the finished item and patents have been applied for in this area. Using too much graphene can make a component too strong, transmitting too much energy rather than absorbing it, and too little can make it too weak.

Once perfected, the material can potentially be used in various applications. “It can replace many different parts of the vehicle,” said Elmarakbi. “Structural components, doors, chassis — any part of the structure made of steel or aluminium could be replaced.”

The material can also be used to manufacture lightweight batteries. “We could build a battery 50% of the size and get the same capacity,” said Elmarakbi. The high-energy-density, lightweight battery would also be far cheaper to make, with some components costing up to 90% less.

Other parties in the consortium led by the University of Sunderland include five European partners, while Centro Ricerche Fiat, part of Fiat Chrysler Automobiles, also lent support.

Graphene batteries: The next frontier for EVs?