UK vote at the UN's EU-dominated car regulations forum will be 'relegated to the second division of rule-making', says David Ward. 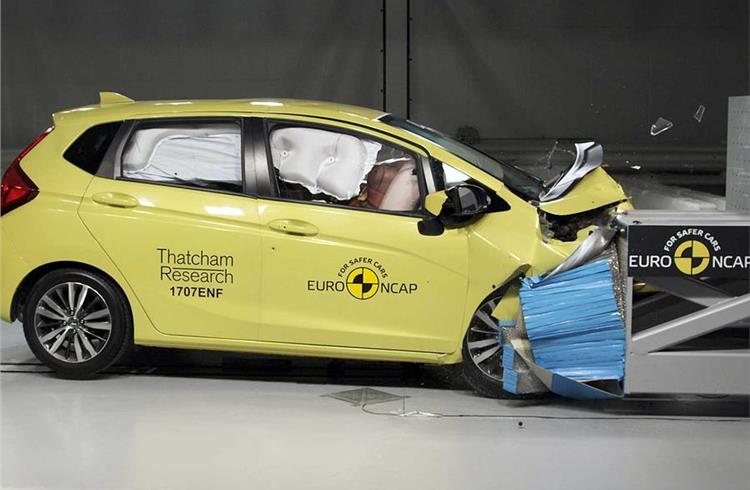 Brexit will render the UK a rule-taker on the world stage of car safety standards and legislation, Global NCAP boss David Ward has said.

“In leaving the EU, the UK will be withdrawing from a complex ecosystem of vehicle regulation that has hugely improved car safety and saved tens of thousands of lives," Ward, who is British, wrote on the Global NCAP website.

"This has profound implications for the interests of the public and our automotive industry.”

Ward criticised Prime Minister Theresa May’s recent assertion that the United Nations Economic Commission for Europe (UNECE) is the main decision-maker in car safety standards, pointing out that 28 of the UNECE's 56 member states also belong to the EU.

The UNECE serves to encourage economic co-operation on the Continent and presides over the UN's World Forum for the Harmonization of Vehicle Regulations (known as WP.29), a key global standard-setting body with 62 participating countries. Of these, around 40 usually meet for votes on regulations, Ward claims, with EU states voting as a bloc. Because WP.29 only requires an 80 percent majority to pass a vote, EU states normally get their way.

"So, May got it backwards," said Ward. "It's EU decision-making that underpins the adoption of UNECE regulations, not the other way around."

He continued: "Post-Brexit, the UK will be free to exercise its sovereign rights to vote as it likes on new UNECE vehicle standards. But this will be a kind of mini-decision to be taken alongside the mega-decision already taken by the EU. And most likely we will vote the same way as the EU to avoid being on the losing side. So, outside the EU, even in the UNECE, the UK will effectively be just a rule-taker."

This, Ward wrote, constitutes "a relegation to the second division in automotive regulations".

The UK was instrumental in forcing through new safety regulations that led to the formation of Euro NCAP in 1997 because it could gain support from other nations in the European Parliament. On its own, Ward said, the UK "will find it will be far harder to challenge the lobbying power of the automotive industry".

He continued: "We will also be unable to participate in the EU’s framework programme for research and innovation that is closely related to the automotive regulatory process. This will harm our universities, research laboratories and automotive suppliers."

In response to Ward's comments, a Department for Transport (DfT) spokesman told Autocar UK: "We are committed to securing the best deal for Britain as we leave the EU and will work hard to ensure the UK motor industry and authorities continue to thrive and that Britain’s roads continue to be among the world’s safest.

“The Vehicle Certification Agency [Britain's type approval authority] is internationally recognised and respected. We are confident it will remain one of the world’s leading type approval authorities after we leave the EU and it will continue to grow its influence within the UNECE system.

“By leaving the Customs Union, we will be able to forge new trade relationships with our partners around the world for the first time in 40 years while maintaining our commitment to high standards.

"Since we first joined the UNECE road vehicle agreement in 1963, we have been a leading contributor across all aspects of new vehicle technology. This will continue into the future, as will our leadership role, as we chair several working groups and task forces.

"The UK currently chairs several technical committees and is an active member of the supervisory policy group, and this will continue through Brexit and beyond.

"The environmental regulations are led from Brussels but these are subsequently aligned to the Geneva standards and so, once adopted, we will continue to influence the direction and stringency of any new measures."