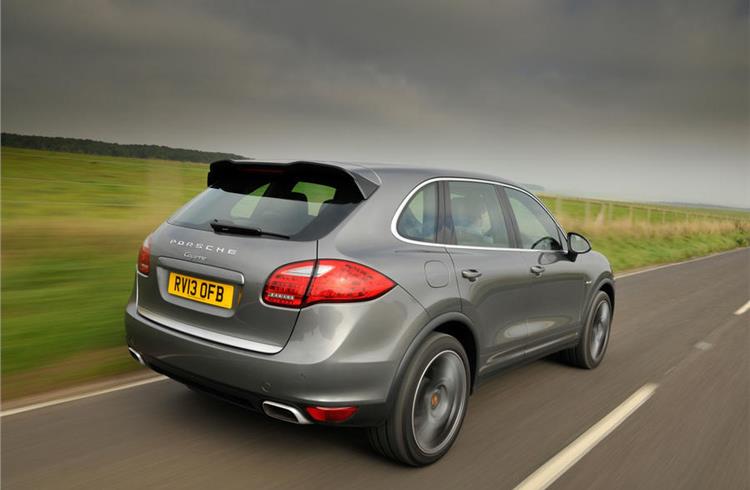 The Porsche Cayenne has been dragged into the Volkswagen Group emissions scandal, with the German Ministry of Transport ordering an investigation.
Der Spiegel reports that V6 TDI versions of the Cayenne are implicated, with emissions from the car in excess of the legal limit in Germany.
Porsche was accused last year of using a device that manipulated the car’s emissions based on how much steering input was detected, although a Porsche source previously said that no system of this type was installed on any Porsche vehicle.
Shortly before this, Porsche SE - the holding company that owns majority shares in Volkswagen - revealed a pot of more than three quarters of a billion pounds set aside for lawsuits surrounding the Dieselgate emissions scandal.
Audi was last month pulled back into the scandal, following fresh accusations of cheating on the A7 and A8, with a steering wheel-based defeat device blamed.
Porsche released the following statement on the issue: "Der Spiegel has conducted joint tests with TÜV Nord on a Porsche Cayenne V6 TDI (Euro 6) and has reported on its findings in its latest edition. Porsche has obtained extracts of these results and considers them to be implausible. As a result of the Der Spiegel test, Porsche has conducted tests on a comparable Cayenne V6 TDI (Euro 6). The tests found that the vehicle was compliant with the legally stipulated nitric oxide limit values. Furthermore, Porsche has offered to conduct joint tests, but Der Spiegel has not accepted this offer.
Porsche cooperates fully with the authorities. We also liaise with the German Federal Motor Transport Authority (KBA) on all current issues.
As the regulatory emissions authority responsible for the homologation of our vehicles, the KBA confirmed to us that the EU6-certified Cayenne V6 TDI vehicle model referenced by Der Spiegel is compliant with regulations. We provided the KBA with the information regarding the functions of the Cayenne V6 TDI that relate to emissions certification and will continue to take this approach."
Tags: Porsche,Dieselgate emissions scandal