Ford expects its annual sales of electric vehicles in Europe to exceed 600,000 units in 2026 and also reaffirmed its intention to deliver a 6 percent EBIT margin in Europe in 2023. 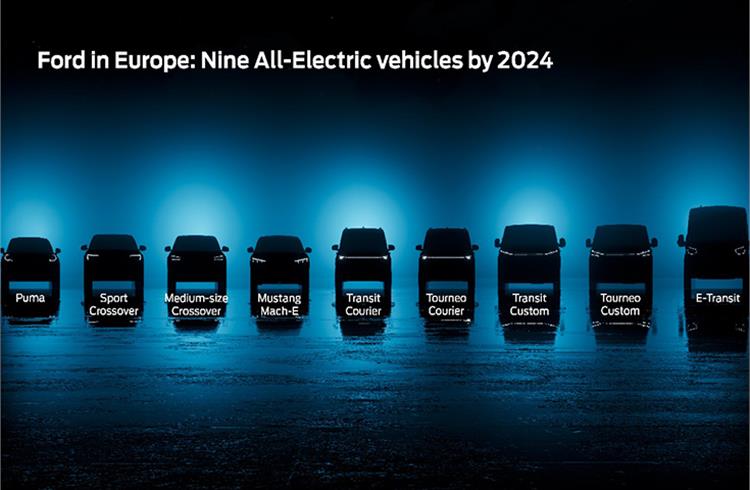 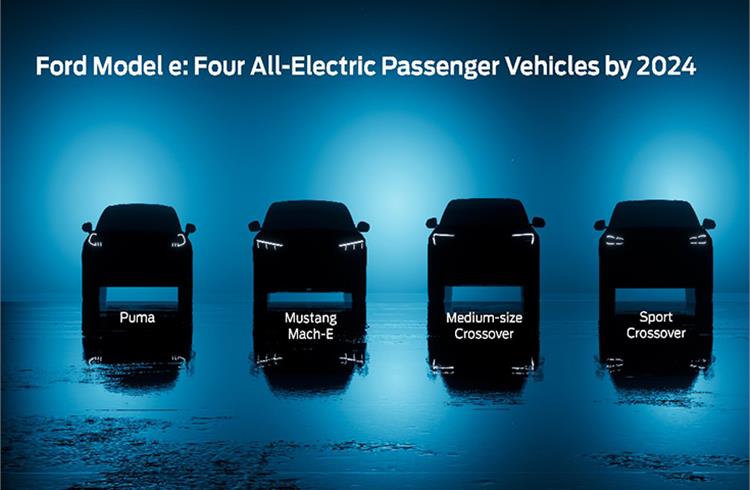 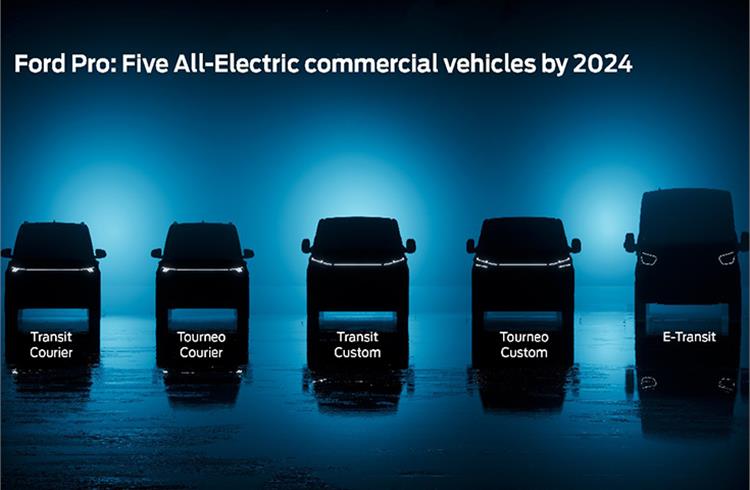 Ford announced that it will be offering a new generation of seven, all-electric, fully-connected passenger vehicles and vans in Europe by 2024. With its extended range of electric passenger and commercial vehicle models, Ford expects its annual sales of electric vehicles in Europe to exceed 600,000 units in 2026.

The announcement builds on the recent news that the company has created a new global business unit – Ford Model e – focused on the design, production, and distribution of electric and connected vehicles. Together with Ford Pro, the business unit focused on Ford’s commercial vehicle business, these two business units will define Ford’s future in Europe.

Following the successful European introduction of the all-electric Mach-E in 2021 and Mach-E GT this year, plus the launch of the E-Transit in the next quarter, Ford today unveiled plans for sevenall-electric vehicles to join the Ford family in Europe – three new passenger vehicles and four new commercial vehicles.

Speaking on the company’s plans, Jim Farley, Ford president and CEO said, “Ford is all-in and moving fast to meet the demand in Europe and around the globe. This is why we have created Ford Model e – allowing us to move at the speed of a start-up to build electric vehicles that delight and offer connected services unique to Ford and that are built with Ford-grade engineering and safety.”

With its extended range of electric passenger and commercial vehicle models, Ford expects its annual sales of electric vehicles in Europe to exceed 600,000 units in 2026 and also reaffirmed its intention to deliver a 6 percent EBIT margin in Europe in 2023. The acceleration in Europe supports Ford’s goal to sell more than 2 million EVs globally by 2026 and deliver company adjusted EBIT margin of 10 percent.

“Our march toward an all-electric future is an absolute necessity for Ford to meet the mobility needs of customers across a transforming Europe,” said Stuart Rowley, chair, Ford of Europe.

Together, these efforts will support Ford’s global plans to significantly reduce carbon emissions. The company announced it is targeting zero emissions for all vehicle sales in Europe and carbon neutrality across its European footprint of facilities, logistics and suppliers by 2035.

EV production and investment in Cologne 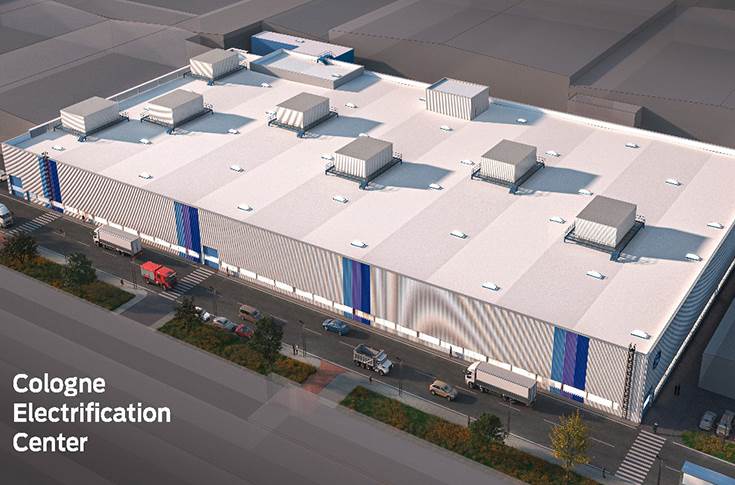 Ford confirmed that the first volume all-electric passenger vehicle to come out of the Ford Cologne Electrification Centre will be a five-seat, medium-sized crossover. In 2021, sports utilities and crossovers accounted for 58 percent of all Ford passenger vehicle sold in the continent, up nearly 20 percentage points from 2020.

The company claims that the all-electric crossover will be capable of a 500km driving range on a single charge. The vehicle and its name will be revealed later in 2022, with production commencing in 2023.

From 2024, European customers will be able to purchase an all-electric version of the Ford Puma, Ford’s popular compact crossover. The Puma was Ford’s best-selling passenger vehicle in Europe in 2021, will be produced in Craiova in 2024.

Additionally, the all-new Transit Courier, the popular light commercial vehicle and Tourneo Courier, a compact multi-purpose vehicle, will also be produced in Craiova from 2023, with all-electric versions coming in 2024.

To further boost electric and commercial vehicle capacity, Ford announced this morning that Ford Otosan will assume ownership of the Craiova plant and manufacturing business, subject to regulatory approval and consultation. Ford Otosan is a joint venture between Ford Motor Company and Koç Holding and is one of the longest running joint ventures in the global auto industry.