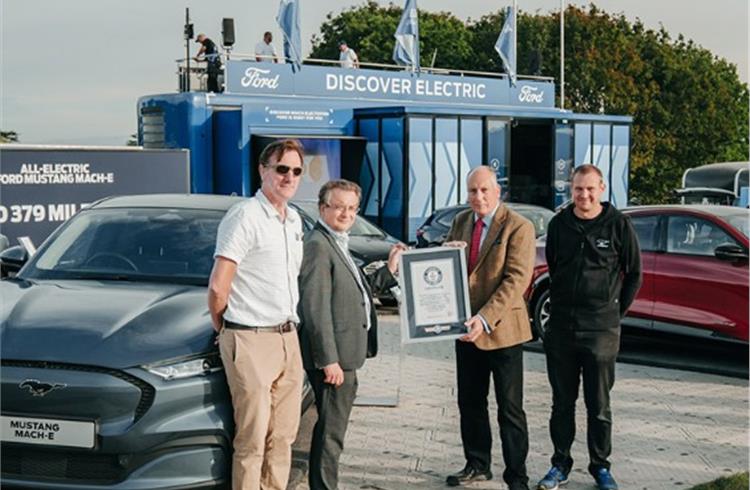 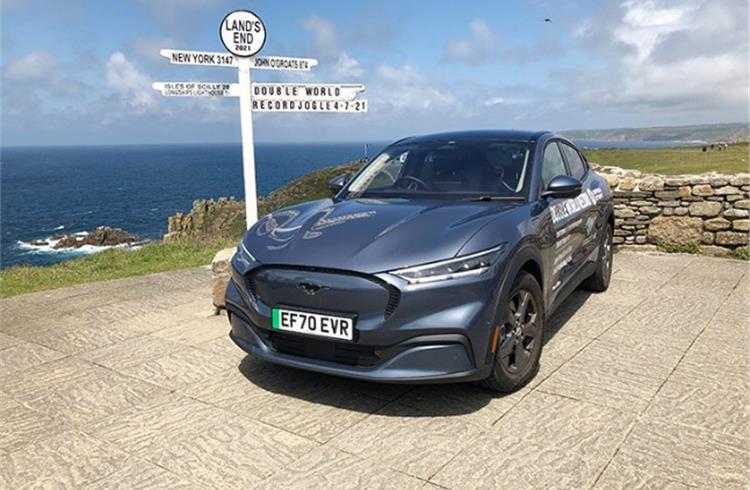 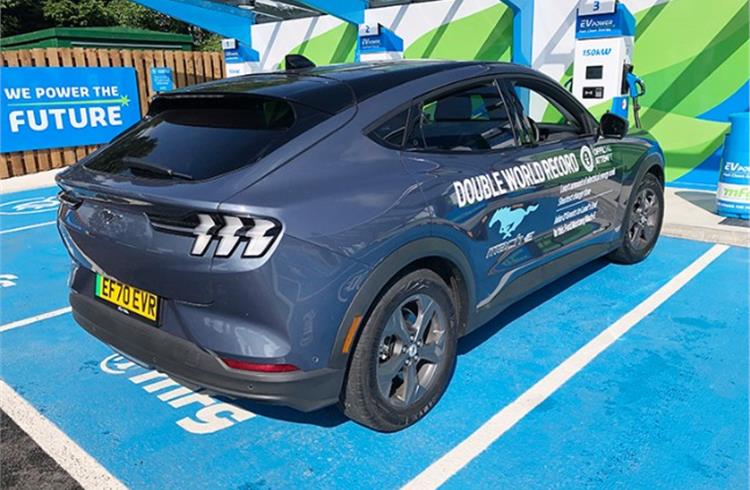 The new Ford Mustang Mach-E has set a Guinness World Record for efficiency in an electric car, averaging 6.54 miles / 10.46 kilometres per kWh on an 840-mile / 1,344km route between John o’ Groats and Land’s End.

The electric performance SUV was driven by BBC transport correspondent Paul Clifton and Fergal McGrath and Kevin Brooker, who already hold petrol and diesel efficiency records between them.

Setting off on 3 July and driving through the night to avoid congestion, the trio completed the trip in 27 hours at an average speed of around 31mph/50kph. Remarkably, they stopped only twice to charge: first at a BP Pulse station in Wigan, Lancashire, and a second time in Cullompton, Devon. The two stops amounted to just 45 minutes spent plugged in.

“This record is about demonstrating that electric cars are now viable for everyone,” said the team, reflecting on their efforts. “Not just for short urban trips to work or the shops or as a second car, but for real-world use on long cross-country journeys. We’ve proved that, with this car, the tipping point has been reached.

“The Ford Mustang Mach-E’s range and efficiency make it an everyday car for tackling unpredictable journey patterns. We did a full day’s testing totalling 250 miles and still had 45% battery charge on our return.”

Range anxiety is often listed among drivers’ biggest concerns when it comes to switching from internal-combustion-engined cars to EVs.

This latest feat follows the exploits of the Renault Zoe, which recently hit 425 miles of range (180 miles more than its official WLTP figure) in a record attempt organised by Mission Motorsport at Thruxton race circuit.

The Mustang Mach-E used here was the rear-wheel-drive Extended Range version with the 88kWh battery. By driving well within the car’s means, its effective range was boosted to more than 500 miles (800km) – significantly more than the 379 miles (606km) it achieves on the WLTP test.

“Ford’s own Go Electric report on consumer perceptions reveals that the average range which the public thinks a fully charged electric car can travel is under 150 miles. If the Mach-E can achieve well over three times that distance in the hands of professionals, it can easily deliver its official ‘miles per tank’ to owners – and dispense with any previous range anxiety.”