With demand for scooters growing faster than motorcycles in India, many two-wheeler OEMs have lined up ambitious launch plans for scooters in the country. 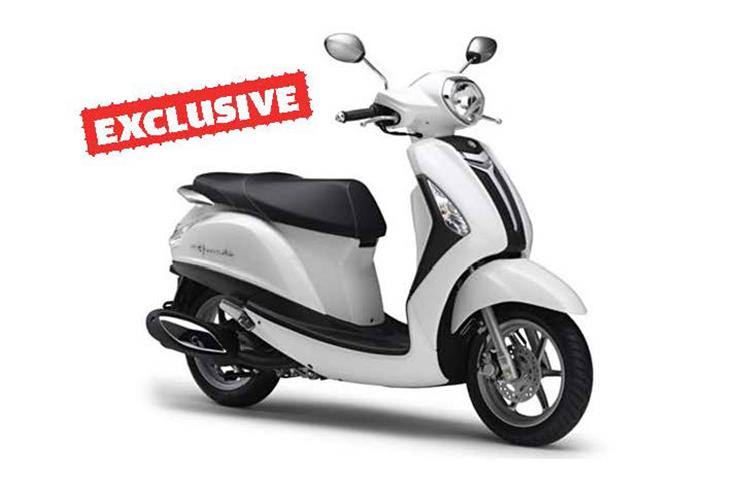 With demand for scooters growing faster than motorcycles in India, many two-wheeler OEMs have lined up ambitious launch plans for scooters in the country.  For instance, India Yamaha Motor is looking to introduce a 125cc scooter in India in mid-2015. Thus far, it does not have a scooter in this segment being a relatively new entrant in the scooter market with the 113cc Ray, RayZ and Alpha models.

To start production in April 2015, the new 125cc scooter (codename 04X) will be produced at its upcoming manufacturing facility at Chennai that goes on stream in November this year with the Alpha scooter. The 04X will be manufactured in volumes of 120,000 units annually, sources in the know told Autocar Professional.

On July 22, Yamaha Motor Company announced the launch in August of a new 125cc scooter (codename 08X) in Vietnam. To be called Nozza Grande in Vietnam, it is a city scooter targeted at women. It will be powered by a new air-cooled, 125cc, fuel-injected engine claimed to deliver good acceleration, fuel economy (54 kilometres per litre), and environmental performance. Both the manufacture and sale of the model will be carried out by Yamaha Motor Vietnam Co, the Vietnamese branch of the Yamaha Motor Group.

Industry sources say that the Nozza Grande scooter model has been specially developed for Asian markets and will also be made in Thailand.

Also, the new 125cc scooter (04X) for India could be based on the same platform or be a derivative of the Nozza Grande model, especially as both sport a similar code family and are for the Asian markets, say sources.

Earlier this year, Yamaha rolled out a heavier 125cc scooter Majesty S with an automatic CVT in the UK, but media reports say that it will not be brought to India. So that doubly increases the chance of a Nozza Grande variant being introduced in India.

At present, key players in the 125cc automatic scooter market in India are the Honda Activa 125 and Suzuki’s Access and Swish, the Vespa LX125, and Mahindra Two Wheelers’ Rodeo and Flyte. Hero MotoCorp, which had showcased its 125cc scooter at the Auto Expo 2014 in February, will launch it in the domestic market later this year.

Photograph: Nozza Grande (codename 08X) revealed in Vietnam on July 22. India model (codename O4X), slated to roll out in April 2015, likely to have same platform or be a derivative of Nozza Grande.