Comprehensive analysis by International Council on Clean Transportation finds that even on grids heavily reliant on coal, electric vehicles produce less emissions from cradle to grave. 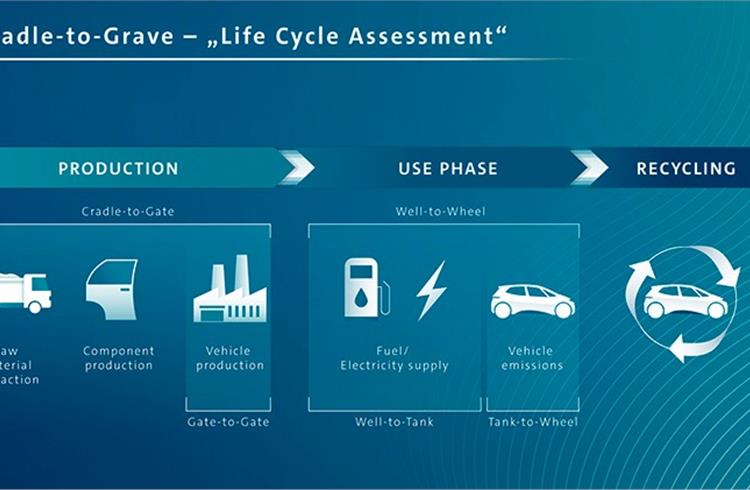 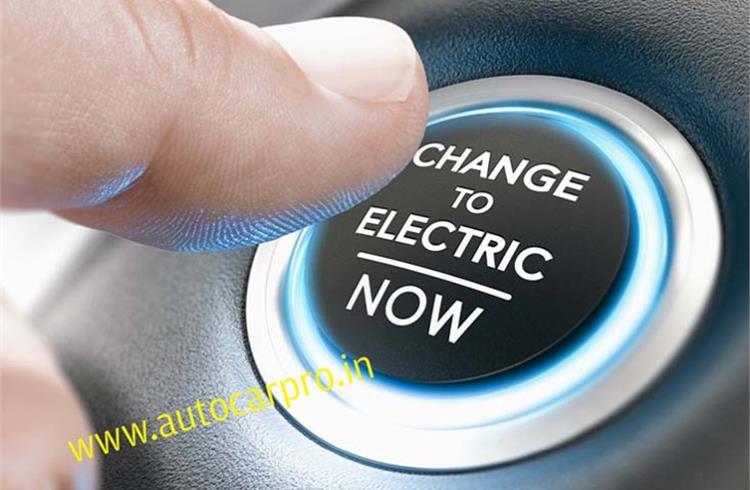 A new comprehensive analysis by the International Council on Clean Transportation (ICCT) has found that – in all modelled regions from across the world – a battery electric vehicle (BEV) sold today will emit less greenhouse gas emissions (GHGs) compared to all other fuels and drivetrains over the life of the vehicle, from raw material extraction to recycling and disposal. The report concludes that the clear superiority of EVs makes them essential for combating the climate crisis.

“There is no realistic pathway to meaningful emissions reductions that relies on fossil-fueled vehicles, including hybrids of any sort,” said ICCT researcher Georg Bieker, the study's author. “Our global leaders must understand that only electric vehicles powered by renewables will achieve the emissions reductions we need to change the outcome of the climate crisis.” 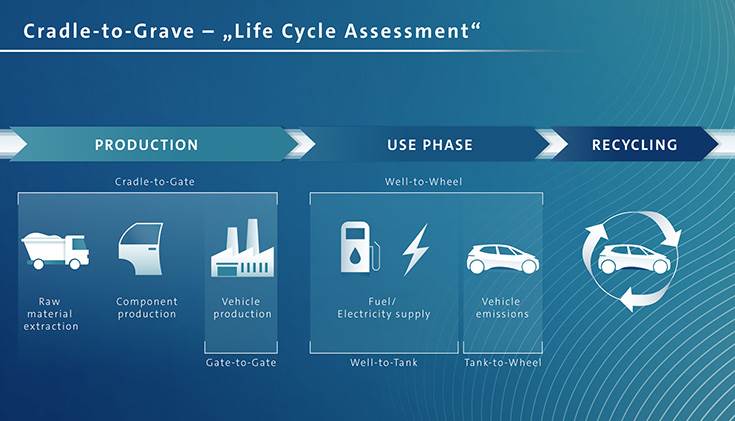 India part of the global study
ICCT’s analysis says, "A global comparison of the life-cycle greenhouse gas emissions of combustion engine and electric passenger cars," looked at four separate, globally representative regions – the European Union, the United States, China, and India – and captured the differences among those markets, which together account for about 70% of new car sales worldwide. The life-cycle GHG emissions of cars registered in 2021 are compared with those of cars expected to be registered in 2030. Even with cars registered today, BEVs have better relative GHG emissions performance in every region when compared with conventional vehicles. 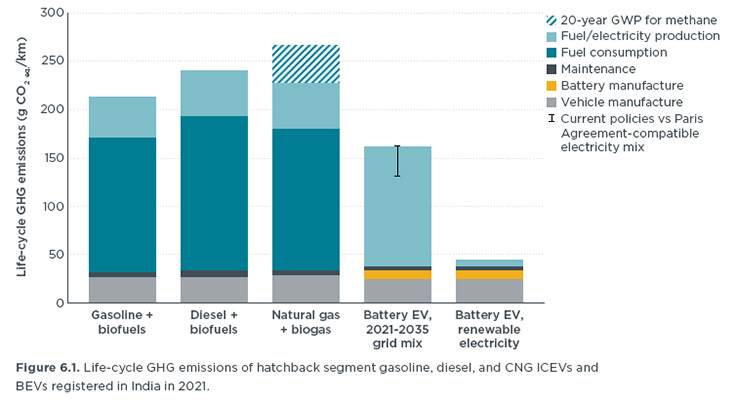 “Even for India and China, which are heavily reliant on coal for power, battery EVs (BEVs) still outperform fossil fuel vehicles in terms of life-time emissions impact,” said Peter Mock, ICCT's managing director for Europe. “The results show that BEVs are universally superior.”

In-depth study
What sets the findings apart from previous vehicle life-cycle analyses is the comprehensiveness of its methodology in considering:

- All relevant powertrain types, including plug-in hybrid EVs, and an array of fuel types including biofuels, electrofuels, hydrogen, and electricity.
- The lifetime average carbon intensity of fuel and electricity mixes, and accounts for changes in the carbon intensity over vehicle lifetime given present energy policies.
- Real-world usage rather than relying on official test values to estimate fuel and electricity consumption; this is especially important in assessing GHG emissions of plug-in hybrid electric vehicles (PHEVs).
- The most recent data on industrial-scale battery production and market average supply chains, which results in significantly lower estimates of GHG emissions from battery production than other studies have found.
- The near-term global warming potential of methane leakage in natural gas and natural gas-derived hydrogen pathways.

ICCT concludes that only BEVs and FCEVs powered by renewable electricity can achieve the kind of deep reductions in GHG emissions from transportation that are needed to meet the Paris Agreement’s goal of keeping global warming well below 2deg C.

To meet this target, the global transportation sector must emit about 80% less GHG emissions in 2050 than it does today. And with transportation demand expected to increase over that time, this means that by 2050, the on-road fleet should be made up solely by technologies which can achieve greater than 80% emissions reductions over their lifecycle. Working backwards, and considering fleet turnover rates, this means all new vehicle sales should be electric in the 2030-2035 timeframe, according to separate research from the ICCT.

The findings of the report are timely as the European Union recently proposed changes to its passenger car emissions regulation and the United States is expected to announce the reinstatement of strong car emissions standards this month. As standards work to promote the production and adoption of low and zero-emission vehicles, the research shows that grid decarbonisation is an important factor in the life-cycle GHG performance of these vehicles.

"This research should be used to inform new transportation emissions policies across the globe in support of a rapid transition to a 100% electric fleet,” said Bieker. “We need transformational change in order to avoid the worst impacts of climate change, and the results show that only a few technologies are capable of delivering deep decarbonisation and others are clearly not.”

What the study recommends
The analysis makes policy recommendations to promote the adoption of EVs and help decarbonise their life-cycle:

- The registration of new combustion engine vehicles should be phased out in the 2030–2035 time frame. Given average vehicle lifetimes of 15–18 years, only those technologies that can achieve a deep decarbonization of the global car fleet by 2050 should be produced and registered by about 2030–2035.

- BEVs powered by renewable electricity and FCEVs fueled by green hydrogen are the only two technology pathways that qualify. Hybridisation can be utilized to reduce the fuel consumption of new internal combustion engine vehicles registered over the next decade, but neither hybrid electric vehicles nor plug-in hybrid electric vehicles provide the magnitude of reduction in GHG emissions needed in the long term.