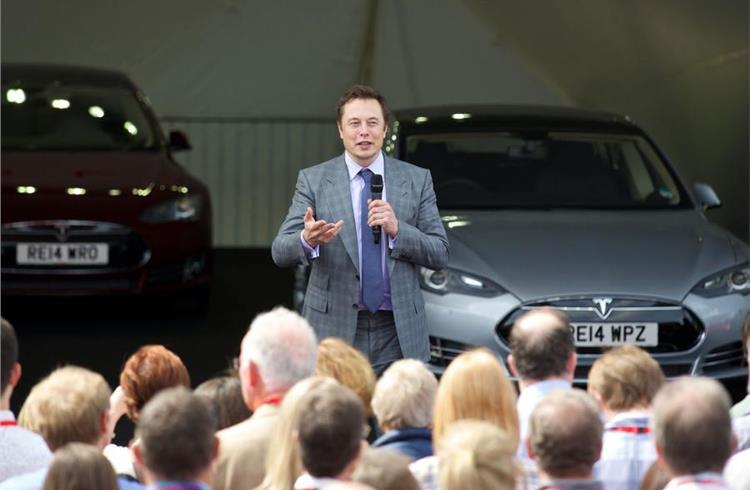 American electric vehicle manufacturer Tesla and its CEO Elon Musk are keen to manufacture EVs in India but the high rate of taxation is proving to be a spoilsport.

In a Twitter chat with his followers on July 24, Musk said he is game for an India operation for Tesla but rued the level of import duties. In a tweet, he said: “We want to do so, but import duties are the highest in the world by far of any large country! Moreover, clean energy vehicles are treated the same as diesel or petrol, which does not seem entirely consistent with the climate goals of India. But we are hopeful that there will be at least a temporary tariff relief for electric vehicles. That would be much appreciated.”

In his reply to a follower who queried as to whether Tesla is considering local assembly operations in India, Musk said: “If Tesla is able to succeed with imported vehicles, then a factory in India is quite likely.”

Indian states vie to bring Tesla
A number of Indian states are vying to bring Tesla, which is very much a marquee name in the world of electric mobility to India. In a recent interview to Autocar Professional, Maharashtra’s Industries Minister Subhash Desai said: “All states are very actively engaged in bringing or inviting global giants into their respective states. Maharashtra is equally busy and eager to invite investors, including Tesla. We have been continuously in touch with them and we are trying to understand their concerns and their requirements.”

And. In her first media interview, Pooja Kulkarni IAS, the newly appointed MD and CEO of Guidance Tamil Nadu, told Autocar Professional: “We have been in touch with both Tesla and Fisker Inc and their higher management and I think we will see some good traction on this.”