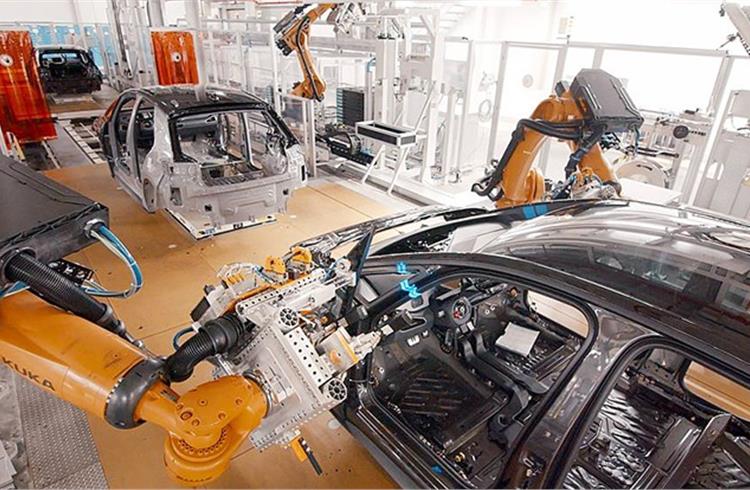 Durr and Volkswagen developed the automated tracking process where the car bodies are kept moving while the robots glue in the side windows. 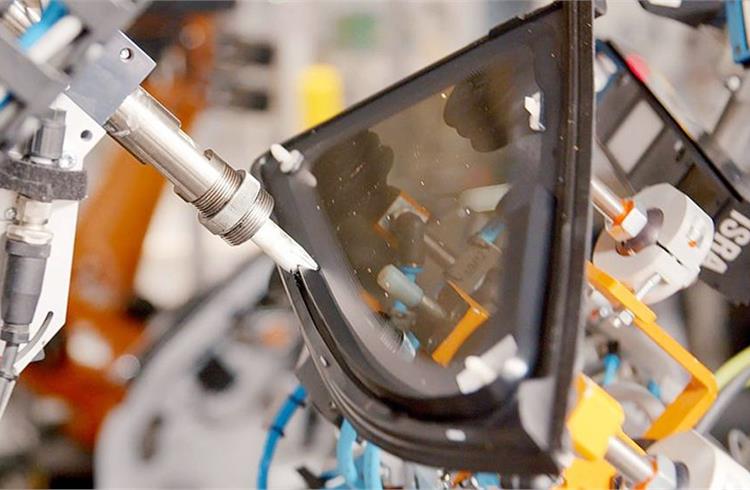 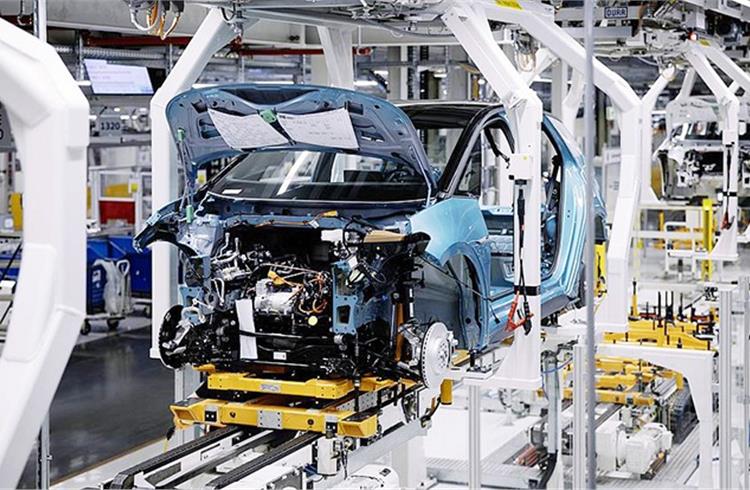 Preparing existing factories for manufacturing electric cars requires comprehensive modernisation. This was also true for the Volkswagen site in Zwickau. Highly efficient technologies like a direct screwing system for securing the battery, a modified filling system for various refrigerants, and conveyor technology adapted to the undercarriage geometry of the electric car platform ensures an efficient manufacturing process. For flexible manufacturing of the vehicles on a large scale, Durr also developed a new automated window gluing solution for Volkswagen that enables side window installation using the line tracking process for the first time.

Highly automated window insertion
The glazing centre for the Modular Electrification Toolkit (MEB) underwent significant automation during the factory modernisation. In the future, everything will take place fully automatically: the feeding of the large windows from sequenced transport containers and the side windows from type-specific transport containers by the logistics module, the glue application and insertion of the large windows in cycle operation and the side windows in flow operation.

Previously, the automated insertion of side windows was only possible in stop-and-go mode. The line tracking process developed in close cooperation with Volkswagen changes this by keeping the bodies moving on skillet platforms while robots glue in the side windows. Significant cost reductions result since the conveyor technology no longer needs to be adapted to the cycle operation. Moreover, manufacturers have the flexibility to select the location because they can integrate the side window gluing system anywhere on the assembly line.

Greater speed, lower costs
The Zwickau factory is ideally equipped for the modified marriage process for electric vehicles with eight x-gun multi-direct screwing systems. Durr says it developed this system specifically for bringing together the body and battery, and achieved an unprecedented level of automation. This patented screwing device holds up to four screws in a magazine and fastens them one after another with just one screwdriver. With eight x-gun systems, this is equivalent to 26 screws every minute. Since intermediate spindles on pallets are no longer needed, these costs no longer apply.

Filling technology: big on variants, small on space
Different refrigerants are used for climate control in the interior of the ID.3 manufactured in Zwickau. One option sees Volkswagen using the refrigerant R744 for the first time since its thermodynamic properties mean it can be used for cooling and heating. The energy saved increases the electric cars' range. The manufacturing changeover requires a new technological approach for the filling technology too. The conversion aimed to fill the vehicles with R744 in the same cycle time as for the previously used refrigerants. This new process required modernizing the filling technology from the base unit to the adapters for the new adapter generation G4 Blue. By modifying the travel consoles, it was possible to integrate the new components for R744.

Compatible conveyor technology
The pilot hall of the Zwickau factory has a 256-metre-long section for overhead conveyors. In the past, 22 C-hangers with scissor lifts were used to transport the bodies. However, these are not compatible with the undercarriage geometry of the MEB platform due to the high-voltage battery. Dürr replaced the 22 pairs of C-hanger arms with 4-arm hangers on the body carrier scissors lift subframe. Since bodies are now no longer conveyed with wheels in the hanger, the scope of supply included an appropriate lifting platform for wheel assembly and the transfer operation.

In Zwickau, the individual components from the NEXT.assembly modular system come together in a final assembly system where all processes and technologies are optimally positioned for the age of electromobility.