BAIC through its subsidiary Investment Global, has acquired an equity interest of approximately 5 percent in Daimler. 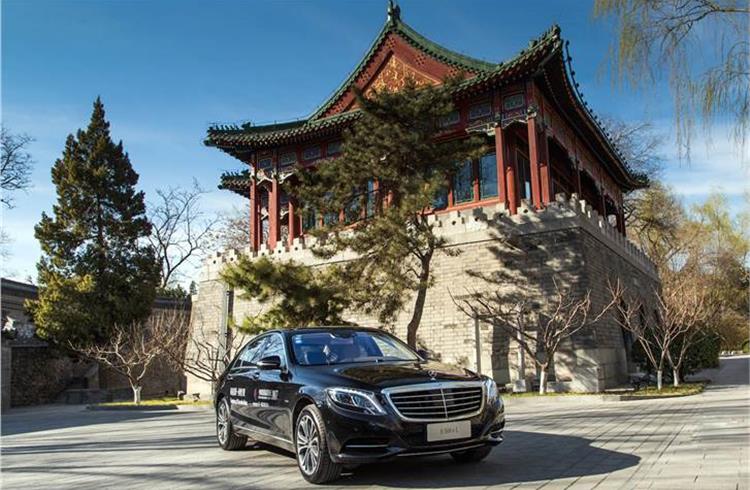 It was first reported earlier this year that BAIC was acquiring Daimler shares on the open market. Now it has amassed 5 percent, the Chinese company announced today. German takeover rules mean that any stake above 3 percent must be disclosed.

The stake comprises 2.48 percent of direct shareholdings and a right to acquire additional voting rights equal to 2.52 percent of Daimler share capital.

"BAIC and Daimler have been successfully cooperating for more than a decade and our partnership is built on trust and mutual benefits," said Heyi Xu, chairman of BAIC. "It has been our intention to strengthen our alliance with Daimler through an investment. This step reinforces our alignment with, and strong support for, Daimler's management and strategy.

"We see our joint partnership as an excellent example of Sino-German collaboration and a model for the cooperation between companies of our countries. We look forward to continuing our successful cooperation," he added.

In 2013, Daimler invested in BAIC Motor, the Hong Kong-listed subsidiary of BAIC, where the German brand is also represented on the board. Daimler now owns 9.55% of shares in BAIC Motor.

This move means that the two companies will be on more of an equal footing than previously.

Given Daimler and BAIC’s joint venture, which sold 485,000 vehicles in 2018, BAIC will also be reassured it now holds some power, as rival Chinese car maker Zhejiang Geely Holding Group, better known as Geely, built a 9.69 percent stake in Daimler last year. In doing so, it became the firm’s largest stakeholder.

This new stake from BAIC, plus the 6.8 percent stake of Kuwait, previously the firm’s biggest shareholder, means their collective power now outweighs Geely’s.

Daimler to expand local Mercedes-Benz production with BAIC in China