Tiny, low-cost, low-tech, EV concept is designed to be robust for a car-sharing future.

By Matt Prior, Autocar UK 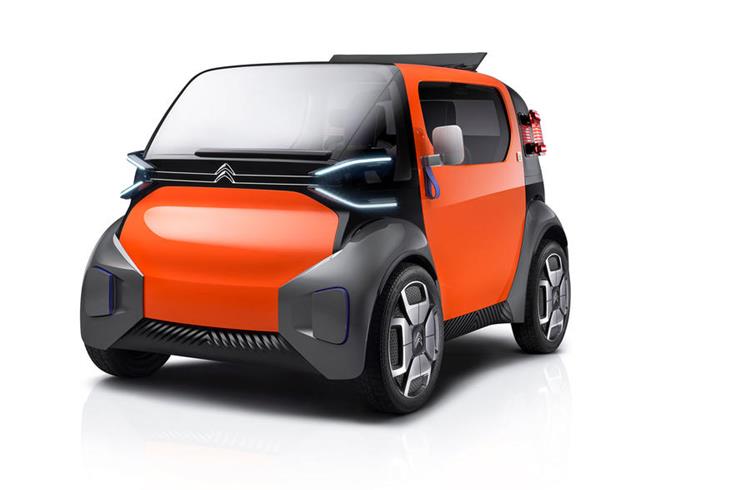 Ami One’s panels are duplicated, side to side, where possible 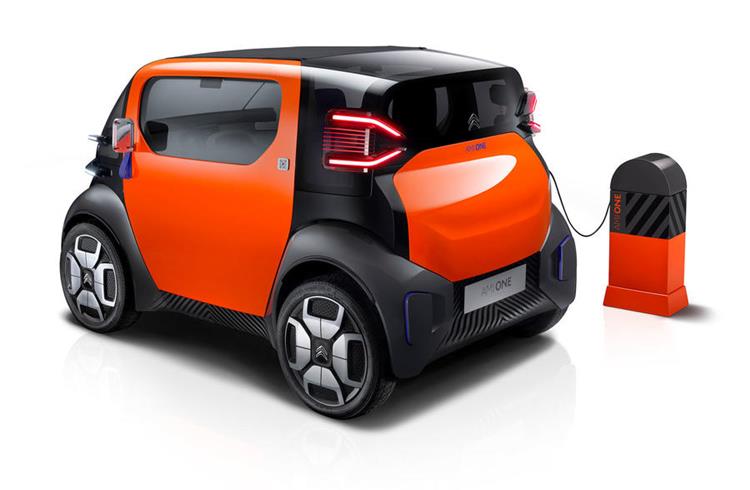 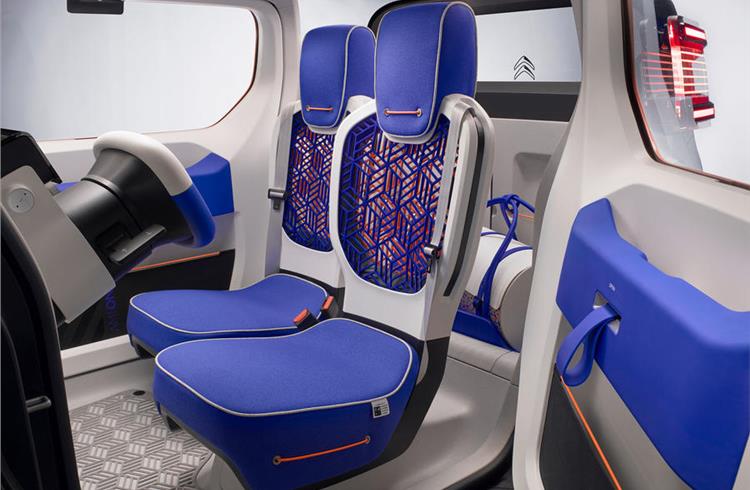 Minimalist ethos carries over to the interior 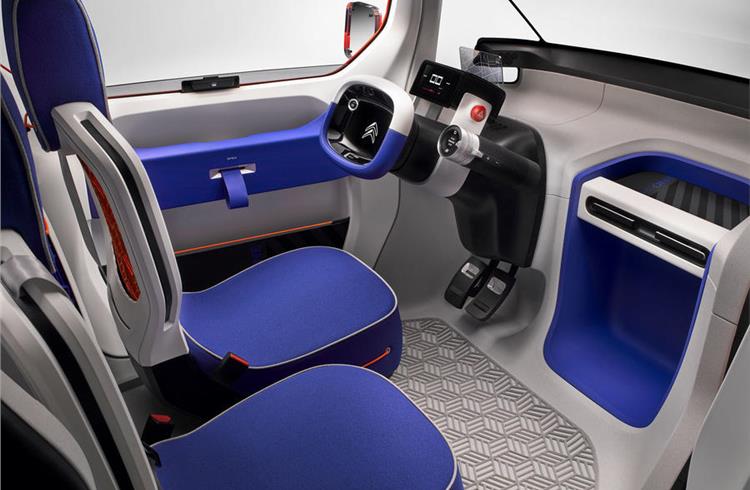 Instruments and a head-up display are the only electrics inside 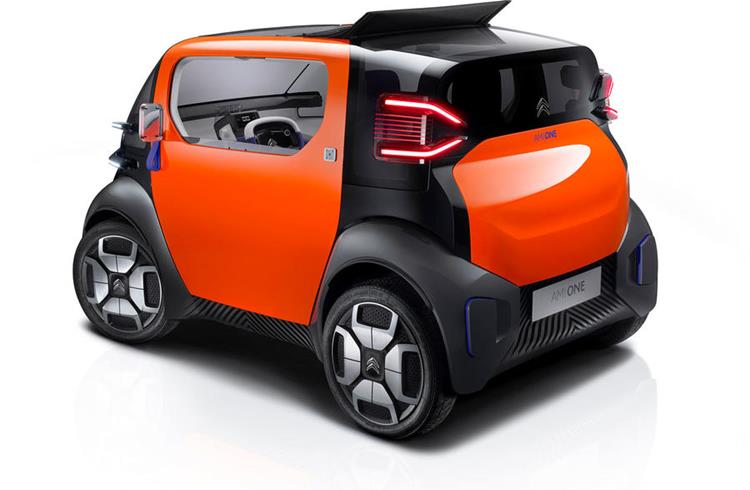 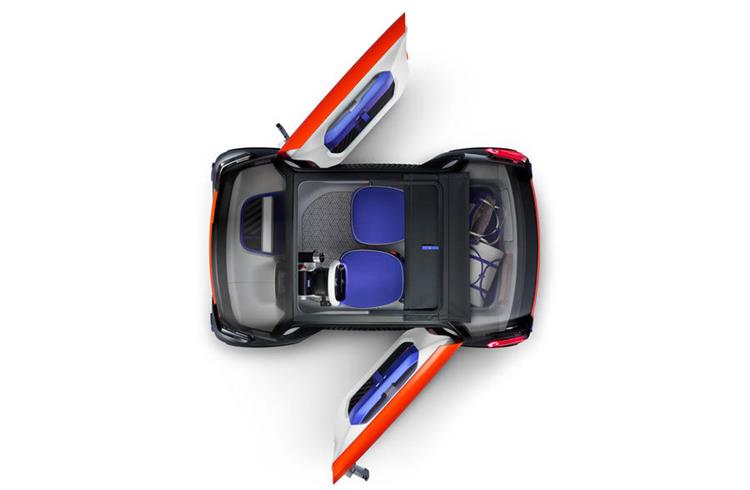 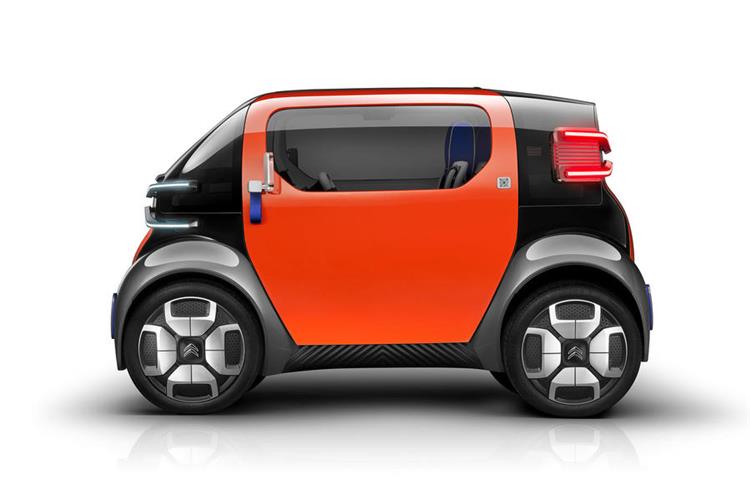 Citroen has unveiled a tiny city car concept ahead of its public debut at the Geneva motor show next month.

The Ami One is a two-seat show car that meets Europe’s quadricycle regulations. That means it’s less than 1.5m wide, has a top speed of 28mph (45 kph) and weighs less than 450kg. As a result, it could, in some countries, be driven without a driving licence.

The concept explores some of the issues facing makers of very small cars as consumers turn to bigger models or stop buying cars entirely.

“The young are connected to use, not ownership,” said Citroën’s senior vice-president of product and strategy, Xavier Peugeot. “To me, Ami One is not a car. There are people for who mobility is not an object.”

The Ami One is intended to be a vehicle whose use would be shared at least as much as it’s privately owned, so it is built simply and cheaply and to be tough.

“The materials are all chosen for durability,” said Frederic Duvernier, Citroen’s head of concept cars, who led the design of the Ami One.

To cut production costs, there’s a huge reduction in the number of components required to make the Ami One. The front and rear windows are different but otherwise, body panels are common across sides wherever possible.

Both doors are the same, so the driver’s door is rear-hinged, the passenger side conventional; the orange panels below the windscreen and rear window are common; the chevron-ribbed sills are common across four sides; and every wheel arch is an identical moulding. Exterior badging is all by decal and the rear lights use only two LEDs apiece.

Onboard electrical content is paired back, too. The Ami One integrates with the entertainment and navigation systems of a smartphone, whose screen it mirrors onto a head-up display and which the driver controls by voice. That and the instruments are where the car’s only interior electrics lie. The windows are either open or closed, not electrically operated, and the 2CV-style fold-back roof is hand operated.

According to Citroen CEO Linda Jackson, although the Ami One is not cited for production, it does explore what Citroën’s city cars could become, given the segment’s dwindling number of buyers.

“When you see the size of the segment, and people moving to B-segment and B-SUVs, we’ll not straight replace the C1,” she said. “What is the evolution? We’re talking urban areas and car sharing, though you might want ownership. Anything for cities means electric. We need to look at the A-segment and what is the next answer. Maybe it is the Ami One.”

The Ami One won’t just be static at the Geneva show but will be driven around the stand.