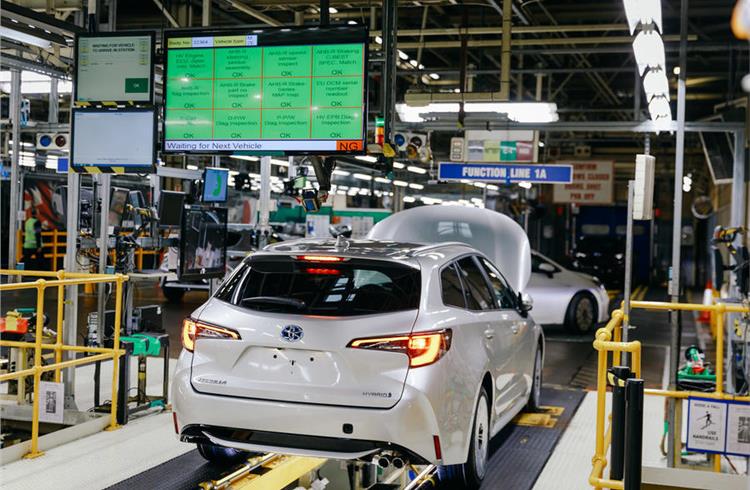 Toyota will significantly reduce its worldwide production levels in September as a result of the semiconductor chip shortage that has scuppered manufacturing globally in several industries.

In all, 27 of its 28 production lines across 14 factories in Japan will be affected, with plants in the US, Europe and Asia also facing disruption. However, Toyota has confirmed to Autocar that its UK facilities in Burnaston and Deeside "are currently operating as planned" and shouldn't be affected.

Three European factories, in France, Turkey and the Czech Republic, will enter temporary shutdowns, with measures at the Czech plant in Kolin - where the Aygo city car is built - already under way.

Earlier this year, Ford predicted that it could lose 50% of its capacity due to the chip shortage, which has come as a result of the Covid-19 pandemic. Volkswagen was also expecting a “considerable challenge” in the second quarter and has told Reuters that it cannot guarantee further cutbacks to its output.

Nissan, Honda and Jaguar Land Rover are among the other manufacturers to have reduced production numbers, with new registrations dwindling in the UK last month.

Toyota had fared better than most of its rivals until now thanks to a large stockpile of semiconductor chips, kept as a result of a company policy adopted in the aftermath of the Fukushima earthquake and tsunami in 2011.

However, it has also been dealing with a parts shortage resulting from a surge of Covid-19 cases in south-east Asia, with several models affected.

Toyota had planned to build 9.3 million vehicles worldwide by the end of the financial year in March 2022 and the company insists that it is sticking to that target.

“Toyota is going to great lengths to minimise the impact of the semi-conductor supply shortage that is globally impacting the automotive industry,” said a spokesperson. "Toyota Europe [TME] is working diligently with the supplier network to limit further impact on production and is making every effort to deliver vehicles to our customers as quickly as possible.

“TME will strive to recover the lost volume and aims to maintain its European sales plan for calendar year 2021.”