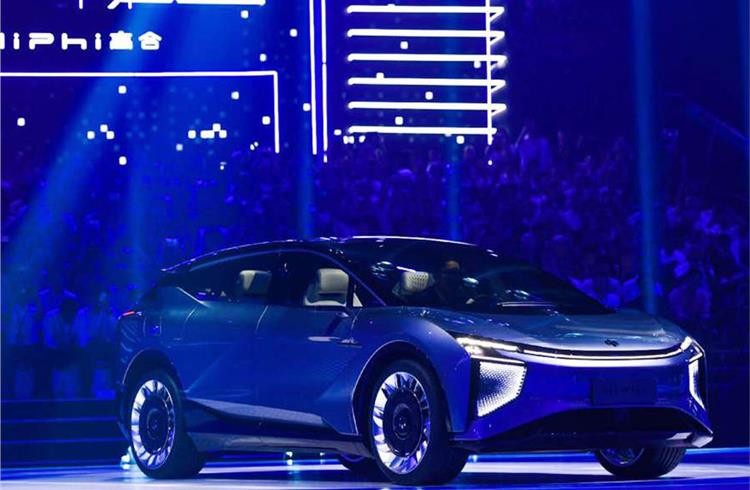 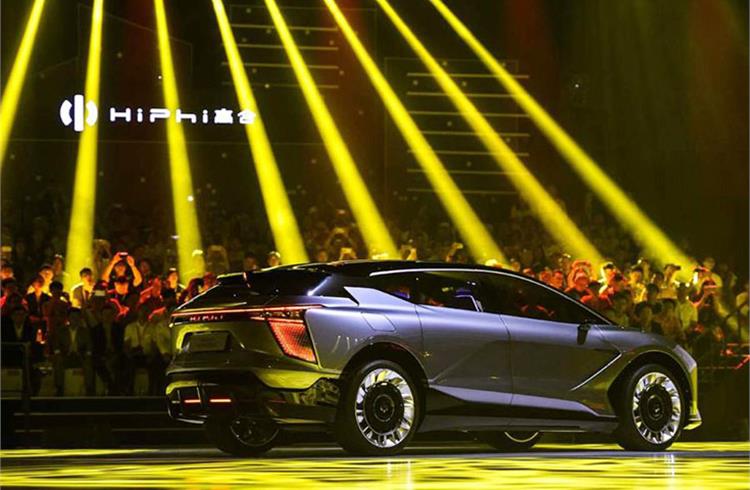 The machine closely previews the new firm’s first production car, which it says is due on sale within two years.

Human Horizons describes itself as a technology company that's focusing on “smart vehicles, smart transportation and smart cities”. It plans to develop a range of machines for the growing Chinese premium EV market, designed for both private owners and shared use, featuring advanced autonomous systems and vehicle-to-everything (V2X) communication.

The HiPhi 1 concept is the first car the firm has revealed. Technical development has been led by Mark Stanton, who formerly worked for both Ford and Jaguar Land Rover.

The HiPhi 1 features nine power-operated doors, flaps and stowage compartments, including gullwing-opening rear doors, and a handleless entry system that uses a facial recognition system matched to a smartphone.

There will be a number of different modes for accessing it, including a ‘superstar’ setting that opens all the roof and door systems. There's also a ‘parade’ mode that will allow the car to move slowly with the gullwing flaps raised.

The exterior design has been informed by Chinese tastes, with a tall crossover design and a large, coupé-like glasshouse. Human Horizons says the lack of a combustion engine has allowed the front bulkhead to be pushed much further forward than in a conventional car, with the 5.2-metre overall length – similar to that of a long wheelbase Range Rover – allowing huge interior space.

The HiPhi 1 also features fins designed to direct airflow at the trailing edge of the rear doors and a similar channel built into the front wing; Human Horizons boss Kevin Chen says that these have been inspired by aircraft and promote high-speed stability, with the car having a drag co-efficient of 0.28Cd.

The HiPhi also features smart headlights capable of beaming patterns onto road or walls, with examples including a zebra crossing effect to show pedestrians that it's safe to cross. The larger panels beneath the lighting units contain hundreds of LEDs and are capable of displaying patterns or even messages.

The interior features three rows of two seats, all of which are power-operated and can be switched into numerous configurations.

The car’s structure incorporates both high-strength steel and aluminium, with the battery compartment under the floor. The dashboard is largely formed of display screens, with a digital instrument pack, portrait-orientated touch-screen in the middle of the dashboard and another in front of the passenger for playing media. It also features a camera-based rear-view system, although this isn’t currently legal in China.

Stanton, who leads a team of around 400 engineers, said both rear and four-wheel-drive versions will be offered, the latter with a pair of 268bhp motors and a 0-62mph time of around 3.9sec. Differently sized battery packs will also be offered, with the biggest 96kWh unit giving a range of up to 400 miles with the rear-drive powertrain under the NEDC testing protocol.

Stanton wouldn't give a weight figure but confirmed that we can expect something so large and highly specified to be more than two tonnes.

While there are no plans to sell the HiPhi 1 outside China in the short term, the firm has global ambitions in the longer term. Pricing is yet to be set, but the HiPhi 1 is likely to be at the higher end of the Chinese EV market. Deliveries are due to being in 2021. Production will take place in a plant – currently being refitted – that was formerly used by Kia’s Chinese joint venture partner.