Shenzhen giant has sold 641,000 hybrids, plug-in hybrids and EVs so far this year as it seeks to surpass Tesla. 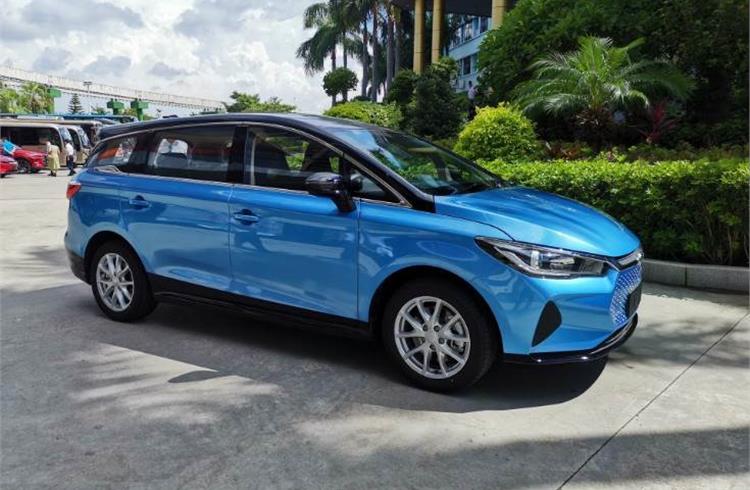 Chinese manufacturer BYD posted a 314.9% year-on-year increase in electrified vehicle sales in June in its mission to surpass Tesla.

The company – which is based in Shenzhen and backed by American billionaire magnate Warren Buffet – sold 641,000 hybrids, plug-in hybrids and electric cars worldwide from January to June, 134,036 of those in June. Tesla sold 564,000 electric cars in the same period.

BYD sold 600,000 electrified vehicles in 2021 and is chasing an ambitious self-imposed target of 1.5 million for this year. Its American rival, meanwhile, has suffered setbacks as a result of shipping issues, battery shortages and Covid-related shutdowns in China.

This is just the latest landmark for BYD, which last month surpassed Volkswagen to become the world’s third-largest car maker based on market capitalisation. Its market capitalisation was rated at $128.8 billion (£106bn / Rs 1,015,845 crore), compared with the German company at $117.5bn (Rs 926,722 crore).

BYD stopped production of all pure-ICE models permanently back in April, with the final model leaving production in March. Its focus now is EVs, with plans for both electric cars and trucks, plus it has plands to expand its PHEV production. It also has a vested interest in electric buses.

BYD has plans to supply batteries to EV makers like Tesla, too, already holding an 11.1% share of the global EV battery market from January to March this year.

It recently overtook LG to become the world’s second-largest EV battery manufacturer, the Financial Times has reported, putting it behind only CATL, which is also Chinese.