BP to acquire EV charging company Chargemaster in the UK

Chargemaster runs Polar, one of the largest public charging networks in the UK. It also designs, builds, sells and maintains EV charging units. Will be rebranded as BP Chargemaster. 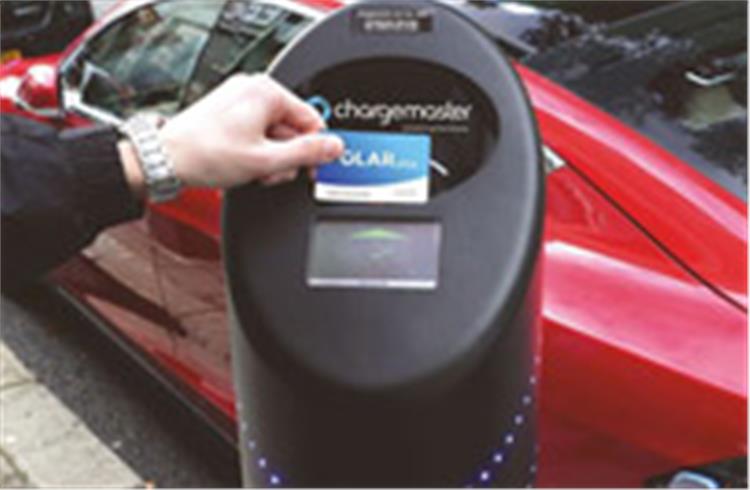 British Petroleum (BP) has announced that it has entered into an agreement to purchase Chargemaster, one of the UK’s largest electric vehicle (EV) charging companies. Chargemaster operates a large number of public network of EV charging points, with over 6,500 across the UK, under the Polar brand name. It also designs, builds, sells and maintains EV charging units for a wide range of locations, including for home charging.

Chargemaster has over 40,000 customers under its Polar network, of which an increasing number choose to pay a monthly subscription and the remainder access on a pay-as-you-go basis. Chargemaster is also a leading supplier of home-charging points across the UK and has strong links with car manufacturers, as the charging partner for a number of car brands in the UK.

Tufan Erginbilgic, chief executive, BP Downstream, said, “By bringing together the UK’s leading fuel retailer and one of the largest charging companies, BP Chargemaster will deliver a truly differentiated offer for the country’s growing number of electric vehicle owners."

He further added, “At BP, we believe that fast and convenient charging is critical to support the successful adoption of electric vehicles. It is an important step towards offering fast and ultra-fast charging at BP sites across the UK.” BP is aspiring to become the leading provider of energy to low carbon vehicles, on the road or at home.

The number of EVs on the road is anticipated to increase rapidly in coming decades. By 2040, BP estimates that there will be 12 million EVs on UK roads, up from around 135,000 in 2017.

BP believes that to accelerate the adoption of EVs, customers will require convenient access to fast and ultra-fast charging. BP has confirmed that its UK retail network is well positioned to provide this access to over 1,200 service stations across the country. A key priority for BP Chargemaster will be the rollout of ultra-fast charging infrastructure, including 150kW rapid chargers capable of delivering 100 miles (160 kms) of range in just 10 minutes. BP customers in the UK can expect to access BP Chargemaster chargers on forecourts in the next 12 months.

David Martell, chief executive of Chargemaster, said, “The acquisition of Chargemaster by BP will help us move towards low carbon motoring in the UK.”