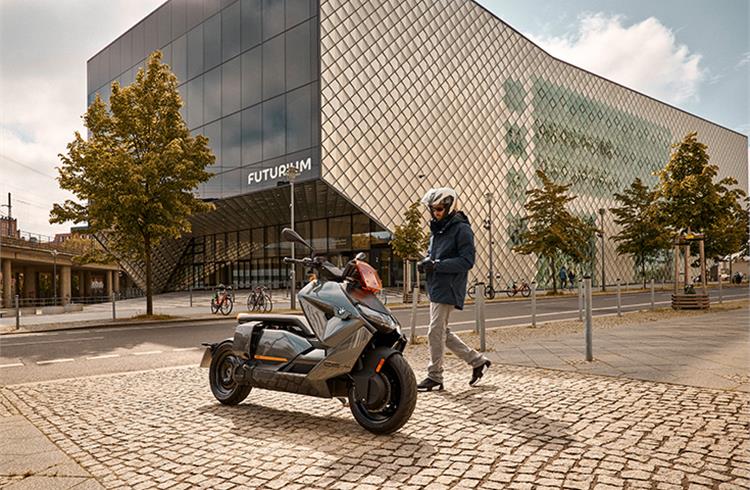 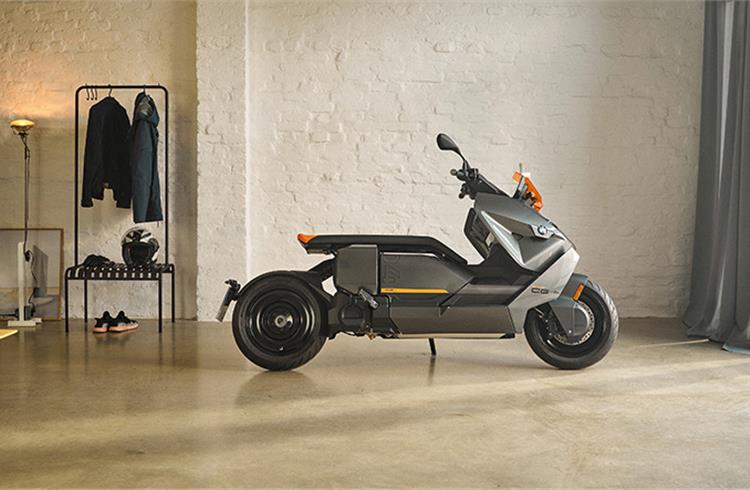 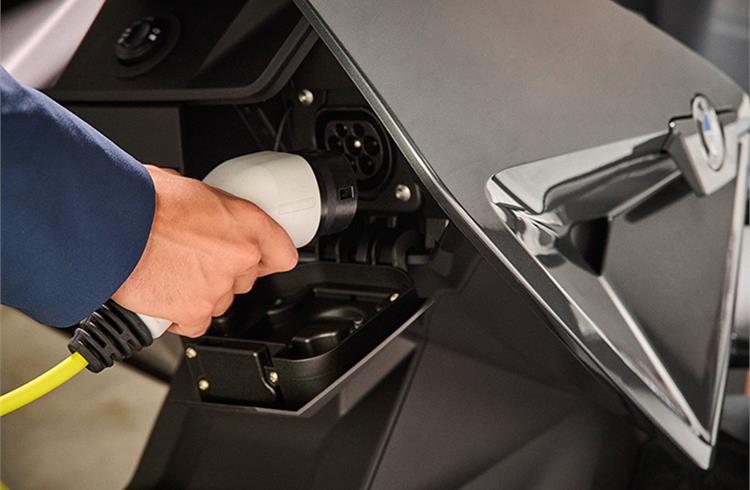 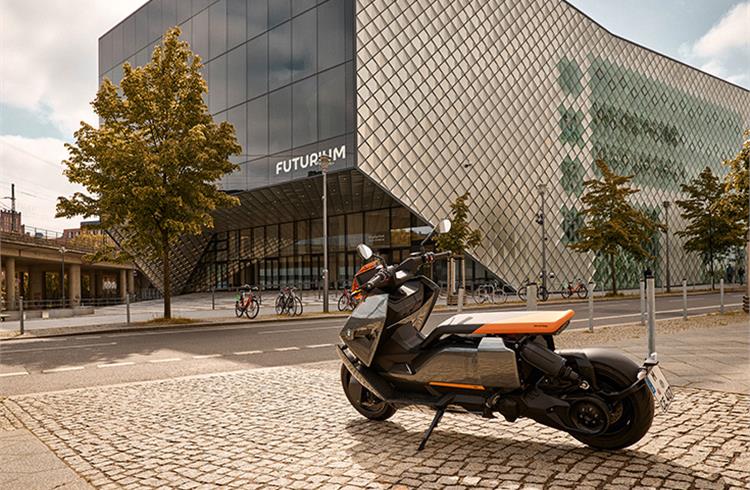 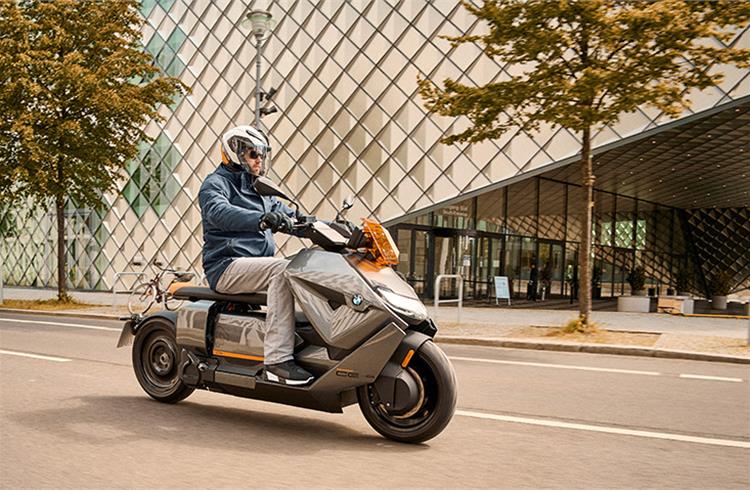 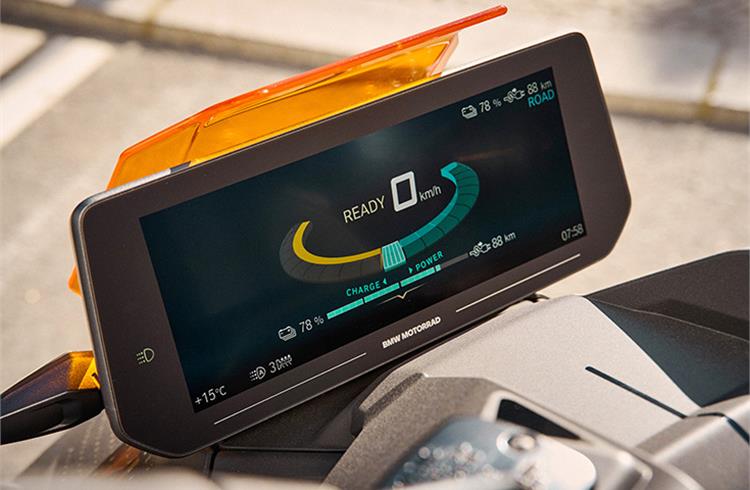 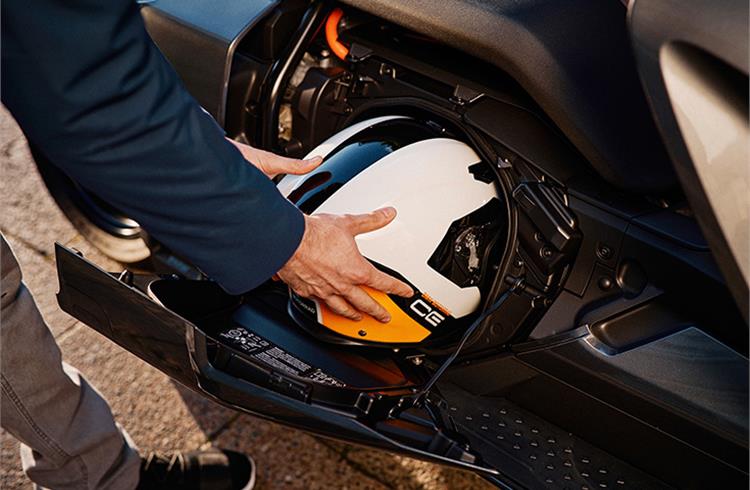 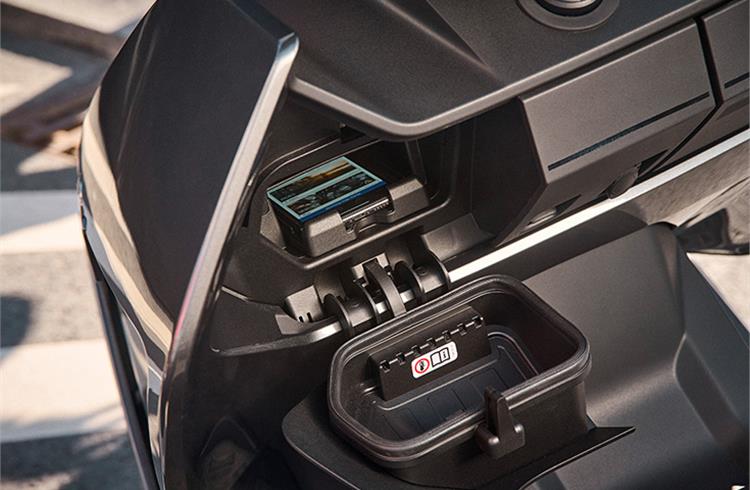 BMW Motorrad has taken the wraps off its latest electric scooter – the CE 04. The BMW CE 04 has been under development for a while and packs some interesting features inside an electric scooter that looks rather futuristic.

From concept to production, the CE 04 has been a speedy operation. When BMW showcased the Motorrad Definition CE 04 concept in 2020 , the company said that it was a near-production version of the BMW Motorrad Concept Link. The production BMW CE 04 revealed looks rather futuristic and bears plenty of similarity with the concept.

The CE O4 has a compact front apron, large side panels and a lean tail section with a bench-like seat. BMW is offering the CE 04 electric scooter in two colour options. The standard one comes in light white colour with matt black sections. The Avant Garde Style trim gets a Magellan Grey metallic colour, with black/orange seat and an orange wind deflector.

BMW Motorrad has also incorporated storage compartments in the scooter. These are located on the sides as well as the front. There’s a ventilated mobile charging compartment as well, with a type-C USB charging port.

Eco-friendly commuter
The BMW CE 04 employs a permanent magnet motor, mounted in the steel frame, between the battery and rear wheel. It has a rated output of 15kW (20hp) and a maximum output of 31KW or 42hp. It enables the CE 04 to sprint from 0-50kph in 2.6s and go on to hit a top speed of 120kph. This should make the EV capable of handling both city and highway commutes with ease.

Inside the floorboard of the CE 04 lies the 8.9kWh lithium ion battery that supplies the juice to the motor. BMW claims the scooter can cover 130km in between a full charge. Speaking of, the battery can be charged from 0 to 100 percent in 4 hours and 20 minutes, using a 2.3kW charger. A 6.9kW fast charger, however, brings that time down to an hour and 40 minutes.

Braking duties are taken care of by twin 265mm discs and a single disc at the rear. While ABS is standard, BMW is offering ABS Pro as an option that comes with a banking sensor that “controls braking on bends.”

The BMW CE 04 electric scooter is expected to go on sale in international markets by 2022. As far as the Indian market is concerned, BMW Motorrad hasn’t announced any plans of bringing the EV here and the chances are slim.