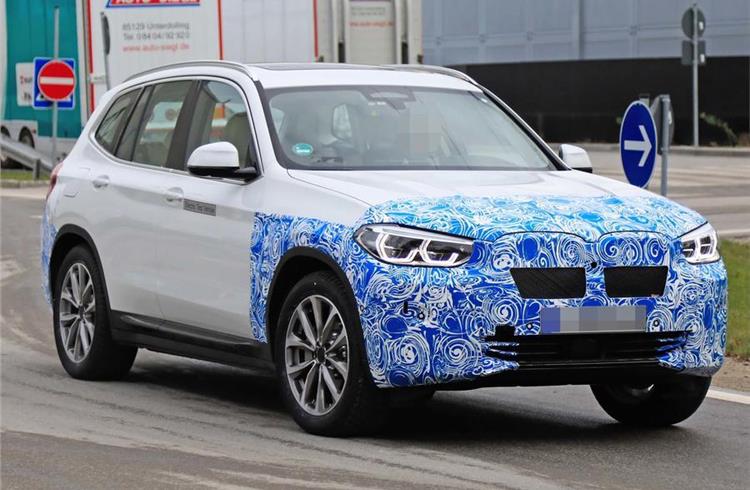 BMW “could launch 100 electrified cars by 2023” if customer demand was there to buy them, according to the firm’s head of development, Klaus Frohlich. His comments coincided with today’s announcement that BMW is pulling forward its electrified launch goal of 25 new vehicles by two years.

Fröhlich says this is possible because of the flexibility of the firm’s modular fifth-generation architecture, which is designed to underpin battery, plug-in hybrid and engine applications. “What we have now is a jigsaw puzzle of technology, and we can fit the jigsaw together to provide whatever the customer needs,” he said.

“The decision to pull forward the production dates is simply driven by customer demand growing faster than expected. You saw the same flexibility with how we coped with the drop in demand for diesel. My team is reading; for each application, all it needs is a year for homologation work and a year for fine-tuning.”

BMW will launch plug-in hybrid versions of the new 3 Series in saloon and estate forms, and has also unveiled PHEV versions of the 7 Series, X3 and X5, with the X1, 5 Series and 2 Series Active Tourer due to get similar powertrains in the future. BMW is also putting the finishing touches to an electric iX3 SUV and the new Mini Electric.

Fröhlich added that the fifth-generation architecture also gave flexibility for the firm to raise and lower the electric range of its plug-in hybrid vehicles according to requirements. “There is space either side of the driveshafts, so if legislation or customer demand changes, then we can scale the electric range by adding more cells in the underfloor and without any compromises to space in the boot or fuel tank, for instance,” he said.

Frohlich also highlighted his belief that solid-state batteries – which have the capability to dramatically increase range and lower cost – would not reach significant production volumes until the 2030s. “I’m sure that 99 percent of production will be around lithium ion,” he said. “There might be some pilots around 2025 but they will be lower performance and higher cost compared to lithium ion, which still has a long way to be developed.”