Brand chief executive is being held due to risk that he could withhold evidence. 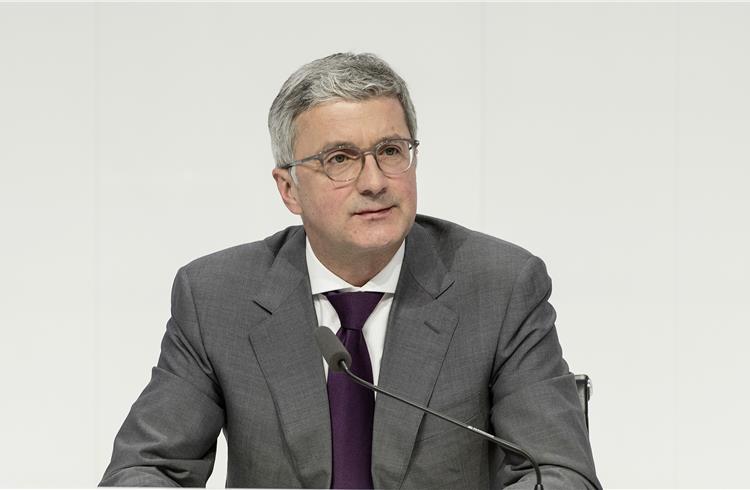 The 55-year-old German, who has headed Audi since 2010, was taken into custody by the German police on Monday morning following an investigation on charges of fraud and misrepresentation.

"The accused was brought before the investigating judge, who ordered the execution of the pre-trial detention," the Munich public prosecutor's office said in a statement.

"We cannot comment on the substance of our background in the light of the ongoing investigations. For Mr. Stadler, the presumption of innocence continues to apply, " it added in a further statement.

Stadler is currently being questioned by members of the Munich public prosecutor's office, according to information obtained by Autocar UK.

Stader, who has continuously denied any wrongdoing in the dieselgate emission manipulation scandal, and another Audi board member, Bernd Martens, were named as a key suspects by the Munich public prosecutor's office on 30 May.

Stadler’s detention for questioning comes one week after German police and members of the Munich public prosecutors offices raided his private residence in Germany.