We've slimmed down the less-than-serious announcements and reveals to bring you our pick of motoring-related April Fools' news. 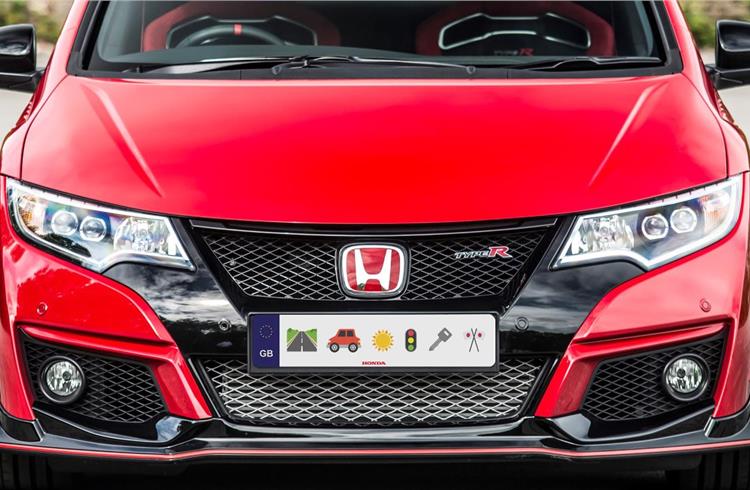 Every year on April 1, manufacturers try their hardest to fool us with their best attempts at April Fools' joke stories. We've rounded up our favourites, from this year and previous April Fools' days. 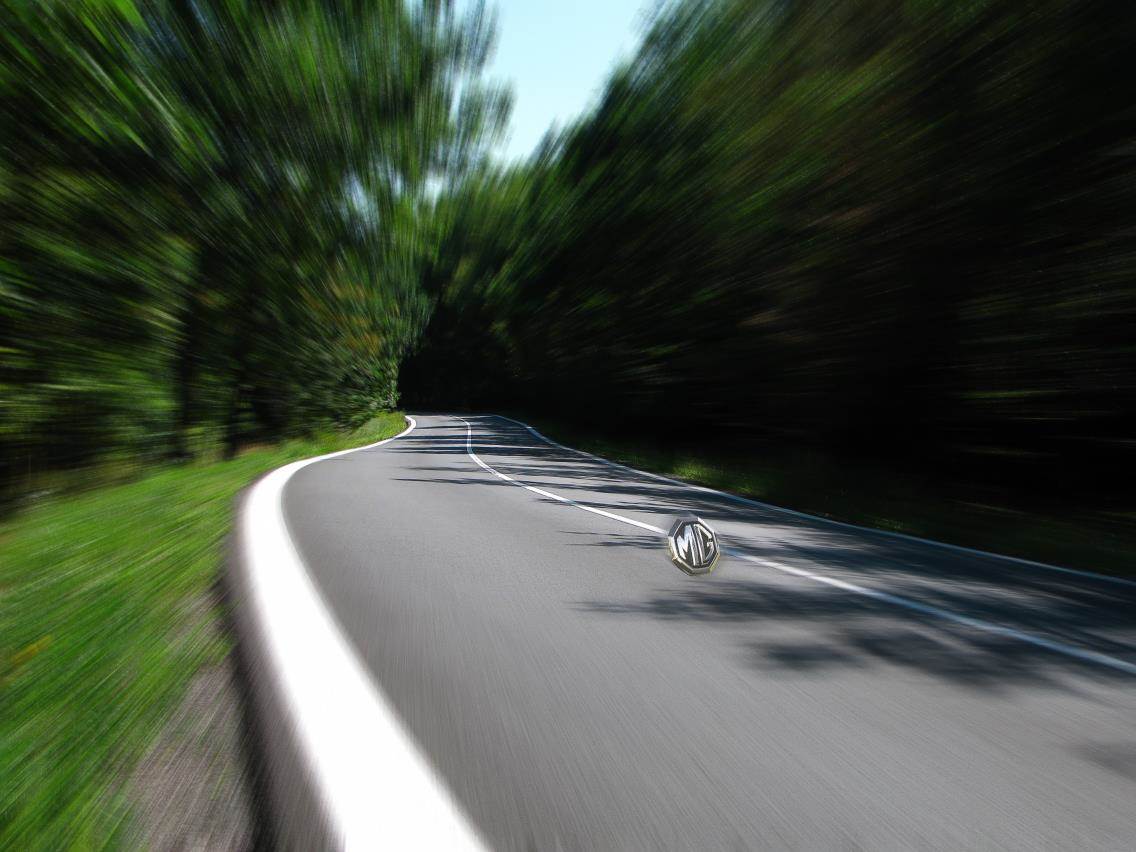 MG’s team of engineers and designers – although we don't quite know why the latter were employed on the concept – have developed 'the world's first invisible car'. MG's head of sales and marketing, Matthew Cheyne, praised the concept, and the team behind it, saying “We were really honoured to have Professor C Thrue and chief designer Avril F’ouil working with us on this new project... It definitely makes parking in busy cities easier, as traffic wardens can't see the car to put a ticket on it."

Verdict: Unfortunately, we saw straight through this one (sorry). There are a few legal, safety and ergononic issues, too. Is the driver invisible once inside? How do you find the door handles? 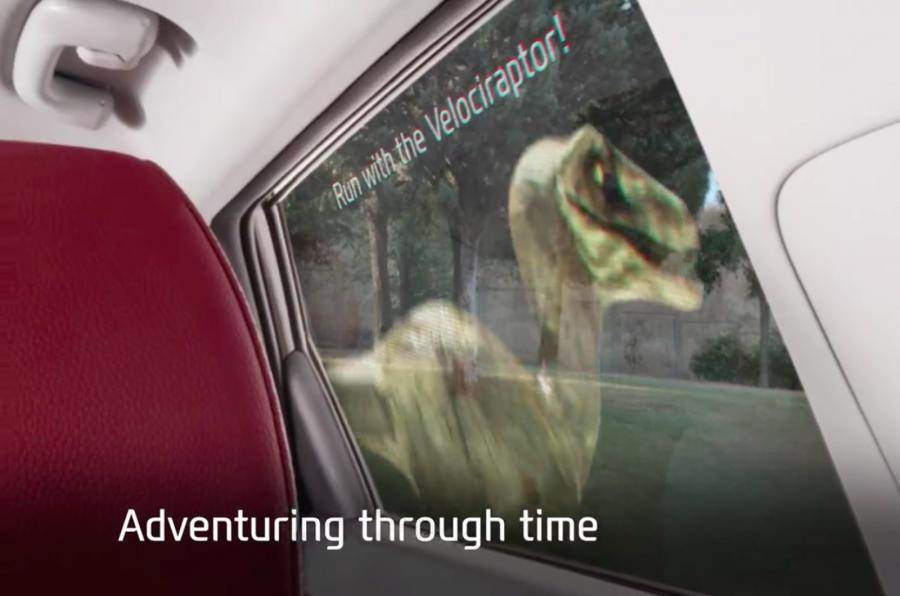 Hyundai revolutionises the Tucson's rear windows and panoramic sunroofs with virtual reality displays, which can alter the world around you or be used to entertain or educate rear-seat passengers, using the technology developed for head-up displays. It's available only on the Tucson, and on 1 April only, which tells you all you need to know. It's a thoroughly convincing alternative to the tiny, headrest-mounted TV screens seen in conventional rear-seat entertainment systems.

Verdict: It's a jolly decent idea, but we've had to knock marks off for Hyundai's lateness with showing us the tech, alongside the seven years' bad luck - it was announced after midday, after all. 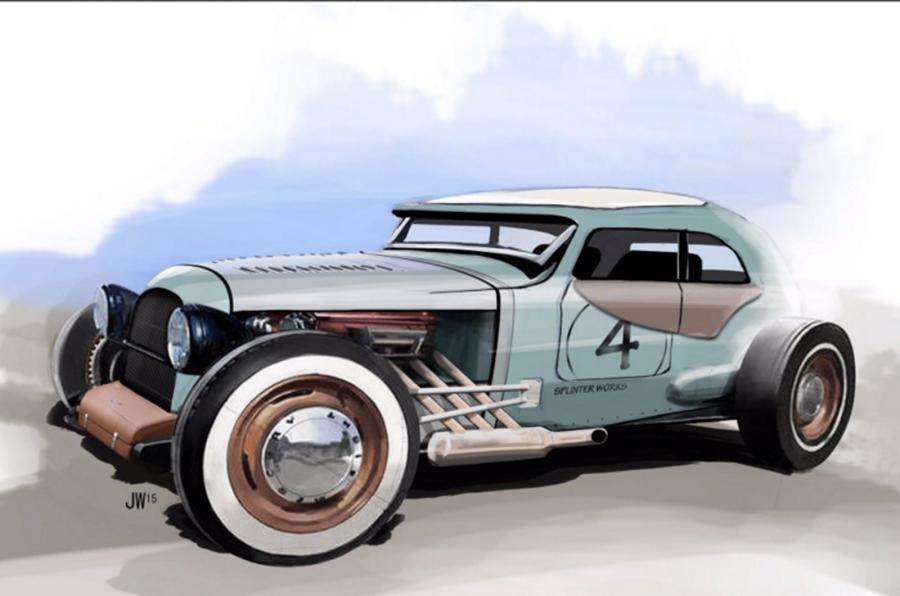 Morgan’s a little short on details over this social media announced, special project model, but the MOGrod is a 3.7-litre Ford V6-powered coupé, with hotrod styling, including exposed engine components, a chop-top low roof, enormous rear tyres and slim front tyres. Despite the car’s announcement only this morning, Morgan claims to have taken 250,000 pre-orders, with deposits of £1,000 (Rs 98,430). Morgan also announced its ambitions to take another model, details on which are even more scant, to the salt flats.

Verdict: Gorgeous though it is, and as much as we’d like to see a quarter of a million hotrods on the roads, we’re not sure Morgan has the capacity to produce the 250,000 orders in a feasible period of time. 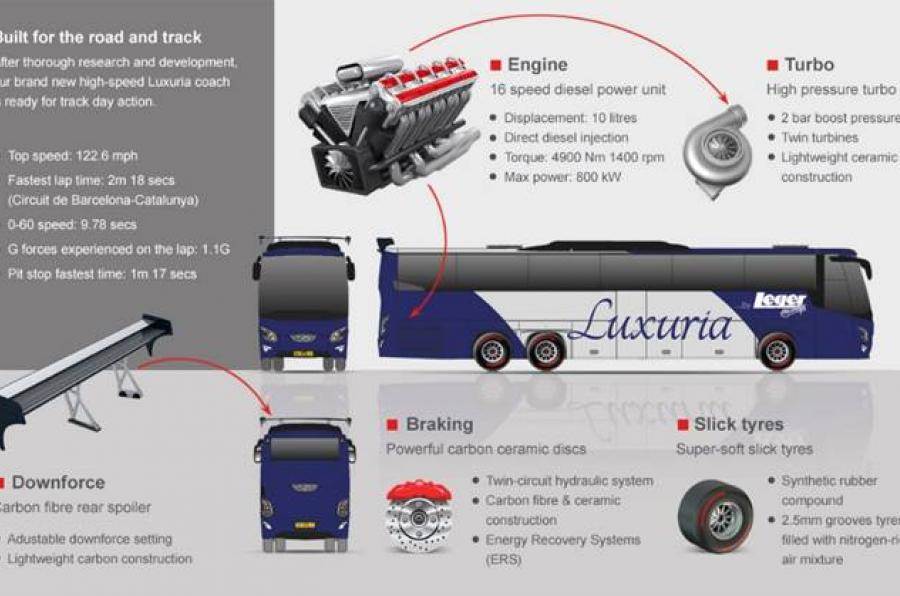 Leger Holidays, one of the world’s biggest coach holiday companies, is offering customers the chance to sample Formula 1 tracks from inside a specially modified high-performance coach. With 1073bhp and a hefty 3614lb ft of torque, Leger’s track-prepared coach can reach 100kph in 9.8sec and a top speed of 122mph/195kph. Those slick tyres and rear wing enable cornering forces of up to 1.1G.

Verdict: A brilliant way to experience the asphalt of a Formula 1 track from the comfort of your coach seat. Just remember to eat your lunch after the lap. 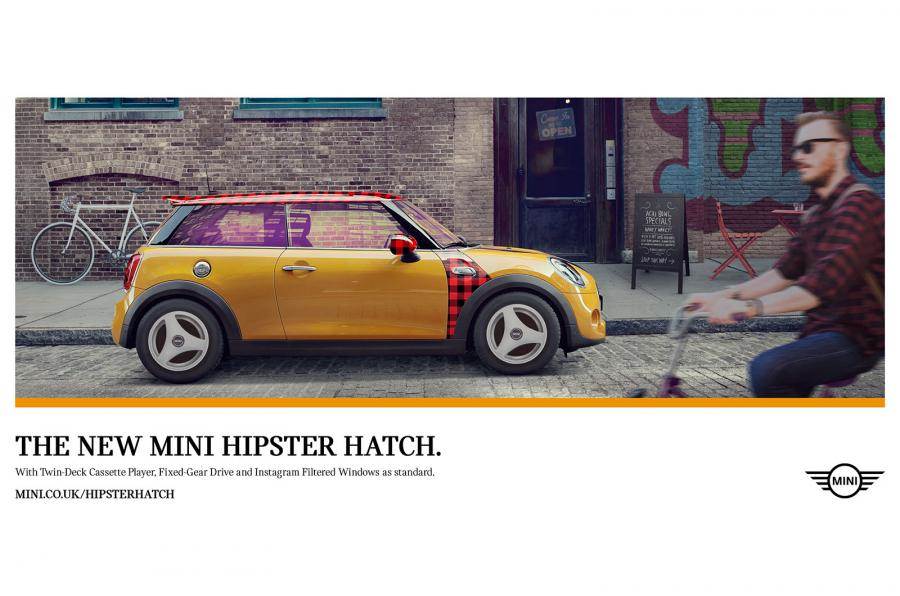 Mini is renowned for being bang on trend, and it's no different with the Hipster Hatch. With upcycled alloy wheels, stonewashed denim upholstery and a set of Instagram filter windows, this Mini ticks all the style-conscious boxes for fans of bands you've probably never heard of. Interior touches include a cassette tape deck to ensure it caters to the lifestyles of even the most anti-mainstream of subcultures.

Verdict: The single forward gear and top speed of 25mph/40kph left us unconvinced. Ideal for the crawling traffic of Shoreditch, not so good for motorway journeys to obscure music festivals. 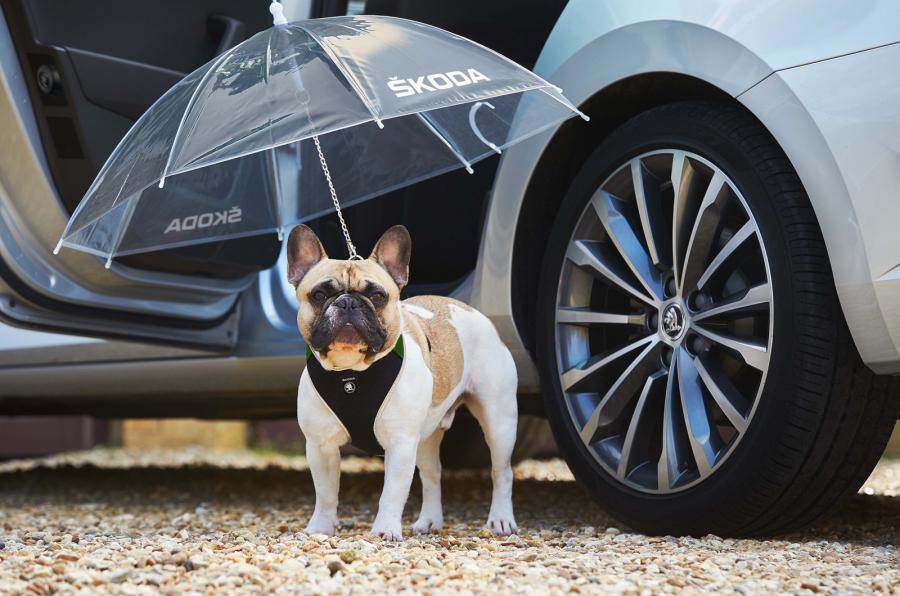 Skoda’s latest Superb features an umbrella hidden inside the door frame – and now the Czech firm is thinking of our four-legged friends as well. The new umbrella, developed by Professor Al Sayshon, is made of lightweight unobtainium and attaches to the dog’s lead. Project leader Dr Jacques Rustle said the that in order to test the umbrella, Skoda “captured large quantities of British rain” and transported it to the Czech Republic before the project was signed off.

Verdict: Skoda isn’t fooling anyone here, but it does highlight one of the Superb’s lesser-known features. We wonder what happens when your dog suddenly spots the cat from next door, though. 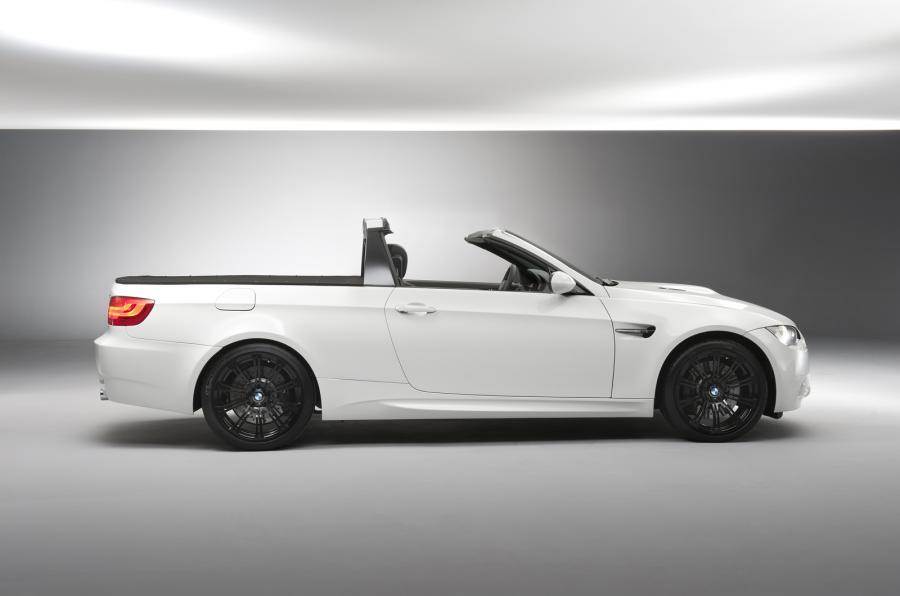 A few years ago BMW revealed a pick-up version of its E90 M3. It featured the same 414bhp naturally-aspirated V8 as the regular car, but the rear had been chopped to integrate an open cargo area. BMW said that despite requiring substantial modification to incorporate this design, the pick-up still weighed in at 50kg less than the convertible model on which it is based. The maximum load capacity grew to 450kg, and the cool rating shot off the scale. We still can’t figure out why this never made production.

Verdict: The new M3 might be lacking the guttural engine of its predecessor, but with more power it’d make an ultra-hot tool to transport the firewood home in. 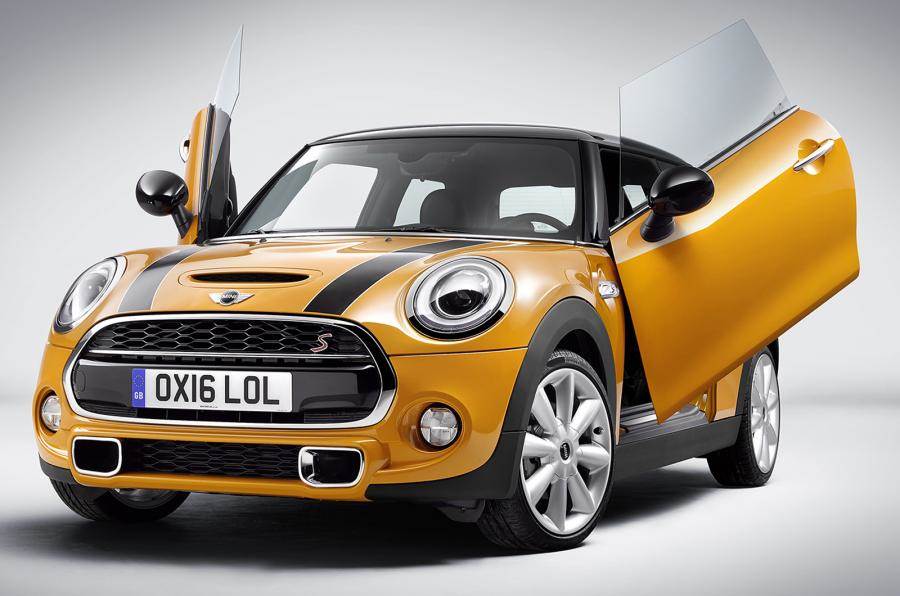 Mini has added optional scissor doors to its three-door hatch, Paceman and Convertible models. The doors are hinged differently to open vertically, requiring a narrower space to open and allowing passengers to exit the car in a narrow parking spaces. Mini is claiming a 30% reduction in opening space, and says the option also features a new safety feature called PEE (Pyrotechnic Emergency Exit) that can blast the doors off in the event of an accident for safe escape. The Scissor option will cost buyers €1959 – equivalent to about £1554.

Verdict: This is modification that looks to be both practical and fashionable. No doubt the boys of Pimp My Ride will be ticking this option box.

Arsenal Football Club’s 60,000-seater home stadium, the Emirates, will get a retractable red canvas roof inspired by the Citroen C1 Airspace. It’s part of the club’s 'Arsenalisation' project, which aims to make the stadium the best in the world, and the roof will be ready by 1 April 2017. Made of 9000 metres of red canvas, the roof operates in an identical fashion to the C1 Airscape’s roof and is able to open and close in around 11 seconds.

Verdict: Top marks for using video, and for getting Per Mertesacker, Laurent Koscielny and Alex Oxlade-Chamberlain to endorse it, but the idea is only as credible as Arsenal’s title challenge. 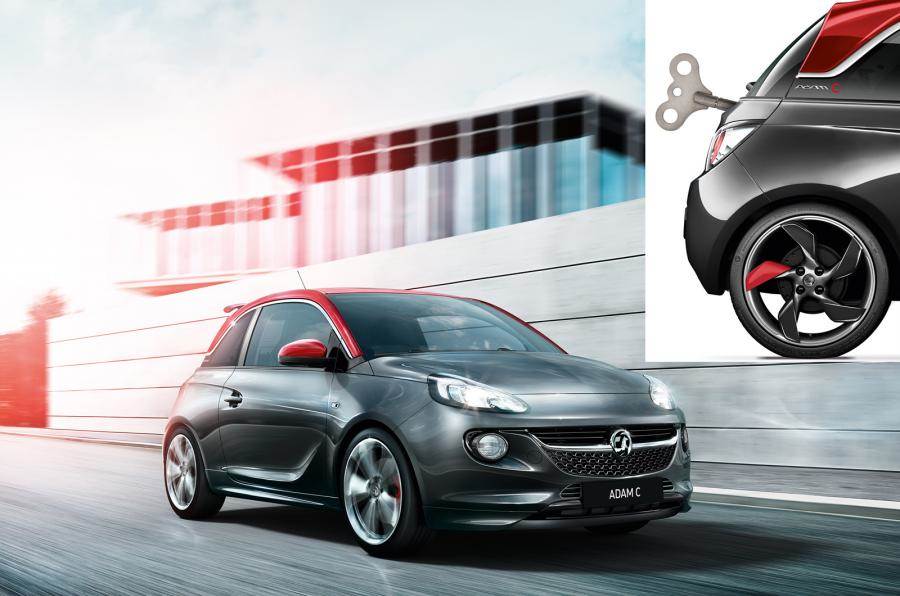 Vauxhall has taken inspiration from the world of toys with its latest reveal, the Adam C. The C (for Clockwork) uses technology developed for children’s wind-up cars to offer genuine zero-emission kinetic power. The engine and gearbox are gone, in their place a simple wind-up mechanism. There’s no word as to whether the car will be driveable or whether it’ll just accelerate at uncontrollable speeds into surrounding furniture, but Vauxhall does at least state a 125-mile range is possible. It also says the 15-minute wind up time required is good for your fitness…

Verdict: Frugal and fun, but the risk of firing off into the nearest lamp post does leave us a little worried. 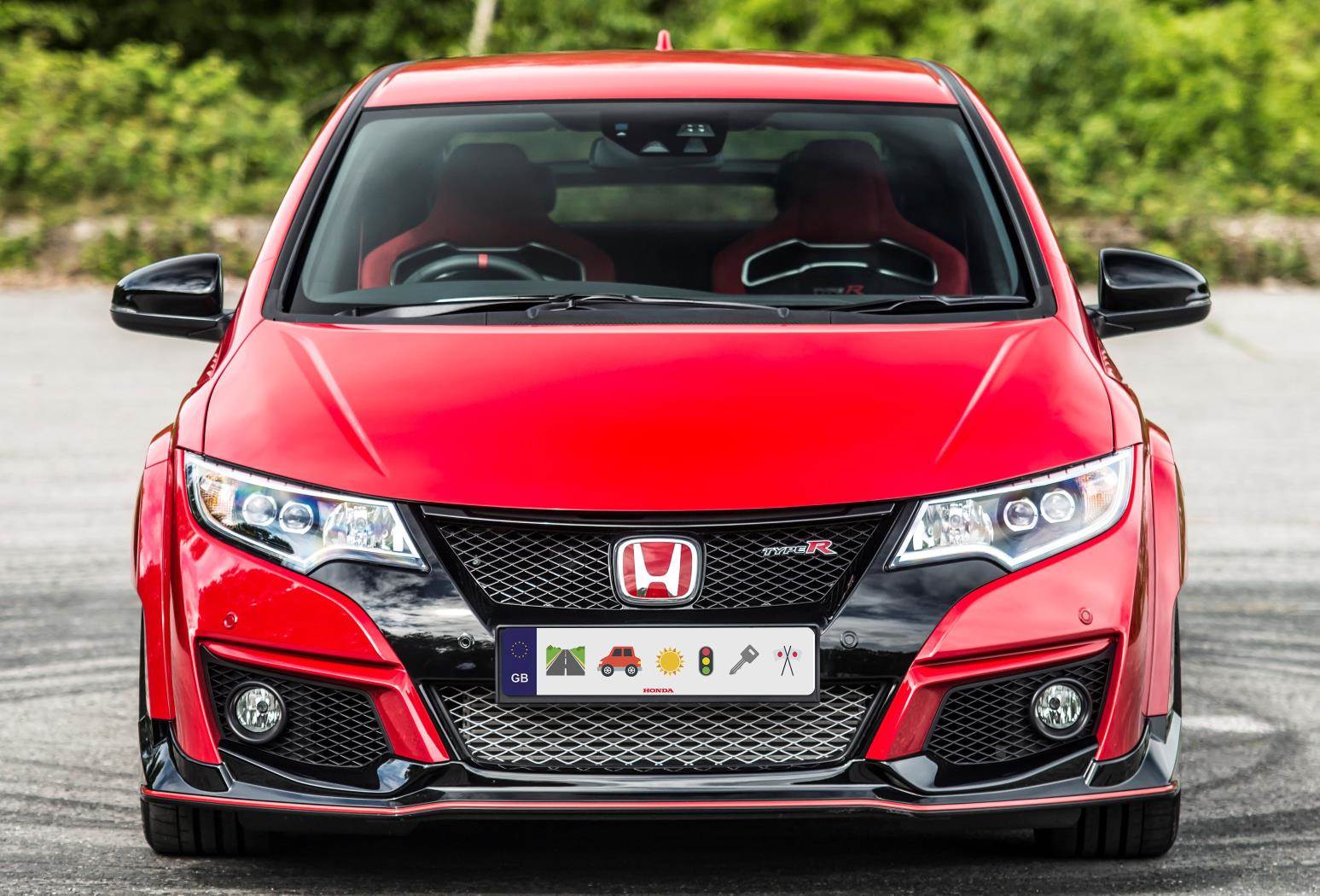 Apparently 96% of people aged under 30 prefer emoji plates to traditional plates. The new findings have convinced Honda to develop new emoji registration plates. It announced its plans to introduce these into the UK with the reveal of an emoji plate that features images of the Hinomaru 'circle of the sun' Japanese flag. The car maker hopes to convince the UK’s Driver & Vehicle Licensing Agency to offer the plates to drivers from the start of next year.

Verdict: This will certainly get more LOLs than traditional plates, but will speed cameras really be able to tell the difference between a smirking face and a dancing girl?