The iPhone maker is eyeing a deal with LG Magna e-Powertrain for the production of its first electric vehicle, says report 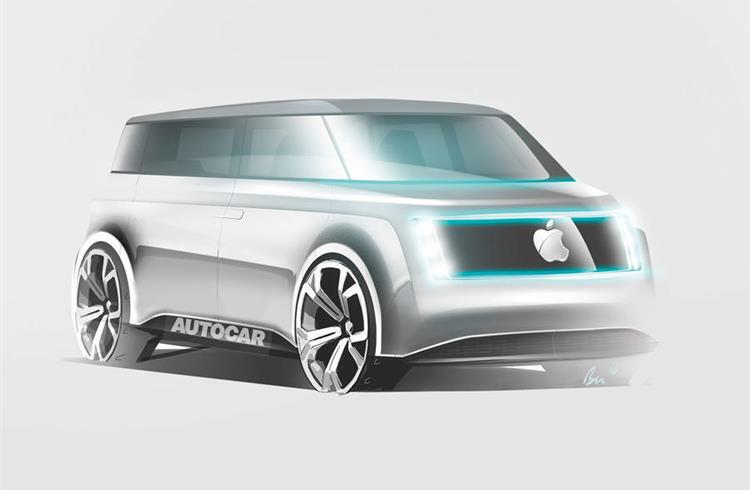 Apple is set to sign a memorandum of understanding for the production of electric vehicles with a joint-venture company recently created by electronics and battery specialist LG Electronics and automotive contract manufacturer Magna, according to reports from South Korea.

Citing an LG Group source with apparent knowledge of the terms of the deal, The Korean Times claims an agreement between Apple and the joint-venture company, LG Magna e-Powertrain, is “very near” but reveals “details are still being discussed”.

"LG Magna e-Powertrain is very near to signing contracts with Apple under which they could handle the initial volume production of Apple electric vehicles. Contract details are still being discussed," the English-language newspaper quoted its source as saying.

The Korean Times reports the EV production volume planned by Apple will remain limited while the consumer electronics giant tests the market in a similar way to its initial messaging pads and smartphone offerings, which were developed and manufactured in partnership with Motorola before Apple developed the iPhone.

"Apple is mostly intending to use its first-generation electric vehicles as an opportunity to evaluate their marketability," it quotes its LG source.

It also claims the existing collaboration between Apple and the LG Group will alleviate any supply chain concerns.

News of Apple’s intention to rejuvenate its plans for an EV to challenge the likes of Tesla surfaced in December 2020. At the time, reports quoting Apple insiders suggested the firm had already targeted 2024 for the introduction of its first model.

Apple originally kicked off the development of an EV in 2014 as part of an in-house project known as Project Titan. It subsequently scaled back the operations and staff to focus on autonomous driving software development in a consolidation of its EV plans. At the time, Project Titan was headed by Doug Field, a long-time Apple employee who had worked at Tesla.

Since then, Apple has progressed the project again, to a point where it is now claimed to be seeking development, supply chain and manufacturing support.

LG Magna e-Powertrain was established in December 2020 as a joint venture by LG Electronics and Magna “to manufacture e-motor, inverters and on-board chargers and, for certain auto makers, related e-drive systems to support the growing global shift toward vehicle electrification.”

The joint-venture company, which plans to employ more than 1000 people at LG Group locations in the US, South Korea and China, is expected to be granted approval to trade in July 2021, pending LG and Magna shareholder approval and the necessary regulatory approval, according to a recent announcement.