Registers sales of 688,236 vehicles in the US in April-June on the back of robust consumer spending. 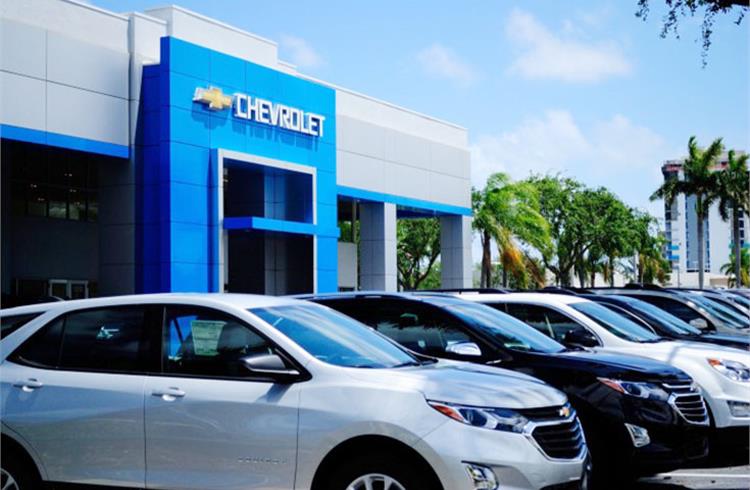 General Motors has announced today that it sold 688,236 vehicles in the U.S. in the second quarter of 2021 – an increase of 40 percent compared to a year ago. This performance, the automaker says, is bolstered by strong customer demand, but constrained by low inventories resulting from the global semiconductor shortage.

“The U.S. economy is accelerating, consumer spending is robust and jobs are plentiful,” said Elaine Buckberg, GM chief economist. “Consumer demand for vehicles is also strong, but constrained by very tight inventories. We expect continued high demand in the second half of this year and into 2022.”

“The agility and creativity of our supply chain, purchasing, engineering and manufacturing teams, in collaboration with our suppliers and dealers, have helped us continue to satisfy customers and gain market share in some of the highest demand segments of the market,” said Kurt McNeil, U.S. vice president, Sales Operations.

GM says it is well positioned in 2021 to lead the industry in full-size and mid-size pickup sales for the seventh consecutive year. During the quarter, GM earned 40.6 percent of the retail market for full-size pickups, up 4.5 percentage points year over year, with more than 237,000 Chevrolet Silverados and GMC Sierras sold in the quarter.

GM announced that production of HD pickups will increase by about 1,000 trucks per month beginning in mid-July as a result of production line efficiencies delivered by the team at Flint Assembly in Michigan.

Also, GM will return full-size pickup production to Oshawa Assembly in Canada at the end of 2021.

Shipments of Chevrolet Colorado and GMC Canyon mid-size pickups built at Wentzville Assembly in Missouri increase by about 30,000 total units from mid-May through early July as the team completes dynamic vehicle testing on units held at the plant due to semiconductor supply disruptions.

“Although the situation remains fluid, we’re focused on continuing to leverage every available semiconductor to build and ship our highest demand products,” McNeil said.