In the wake of Dieselgate, Matthias Müller picked up the poisoned chalice to become VW Group CEO. He tells Autocar's Steve Cropley why 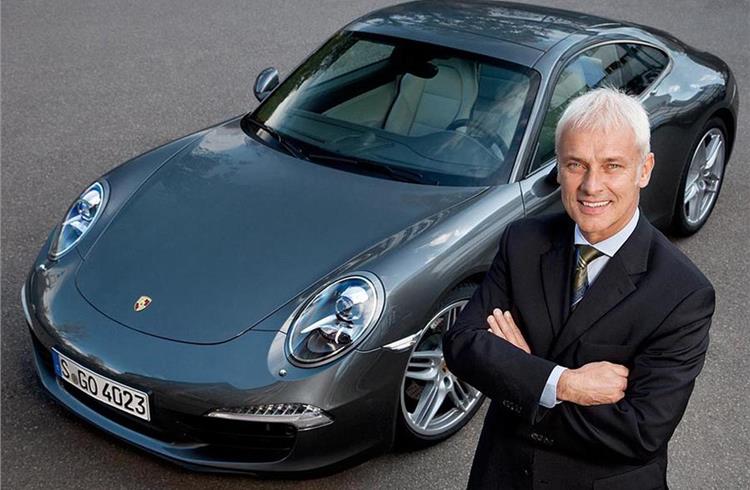 The Roadmap E plan, just announced, will drive the electrification of VW. 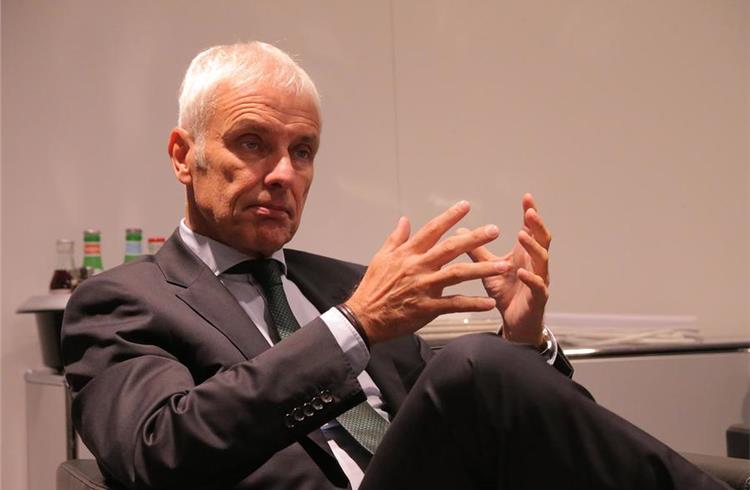 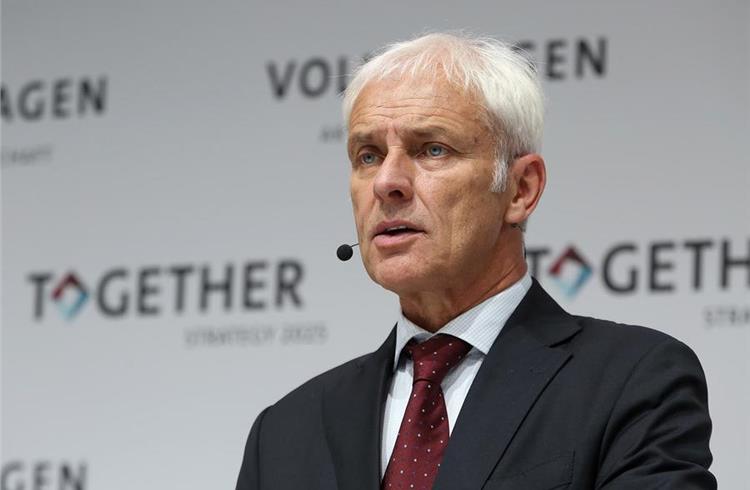 Muller has been part of VW for 44 years.

It is 9am on the first day of the Frankfurt motor show, perhaps the Volkswagen Group’s most important meeting with its clientele and critics for the next two years.

I’m bound for a 45-minute meeting with its CEO, Matthias Müller, which I’m told will be his only one-on-one interview in English. Why choose us? I presume it’s because Autocar reports things very fully compared with glib dailies and because our much-consulted website gets everywhere.

High on our talk agenda is Müller’s announcement the previous evening of the company’s business plan between now and 2025, called Roadmap E and self-described as “the most comprehensive electrification initiative in the automotive industry”. And we’re bound to touch on Dieselgate.

Earth-shaking morning headlines have sprung up everywhere, and rightly so. The VW Group will launch 80 electric vehicles by 2025, they say, and have 300 electrified models on the market by 2030. The group has earmarked an eye-watering £18 billion “for the industrialisation of e-mobility” and will soon seek tenders for the £45bn worth of batteries it estimates “transformation in our industry” will need. Rounding everything off is a stirring quote from Müller himself: “We have got the message and we will deliver. This is not some vague declaration of intent. It is a strong self-commitment which, from today, becomes the yardstick by which we measure our own performance.”

I’m expecting this to be a formal interview: German top executives usually prefer formality. These are serious topics and top bosses generally have their dignity to protect. So I’m surprised as we enter the inner sanctum of meeting rooms to find Müller leaning casually against one of the corridor walls, chatting with colleagues.

He’s an imposing figure: white-haired but youthful without glasses, and tanned from what I presume must be several recent weeks off in the sun. He looks like he could be a sailor. He smiles, proffers a firm hand, uses my Christian name, ushers me easily into one of the little rooms, sits obligingly where the photographer suggests (some don’t) and generally acts as if this meeting matters (again, some don’t). 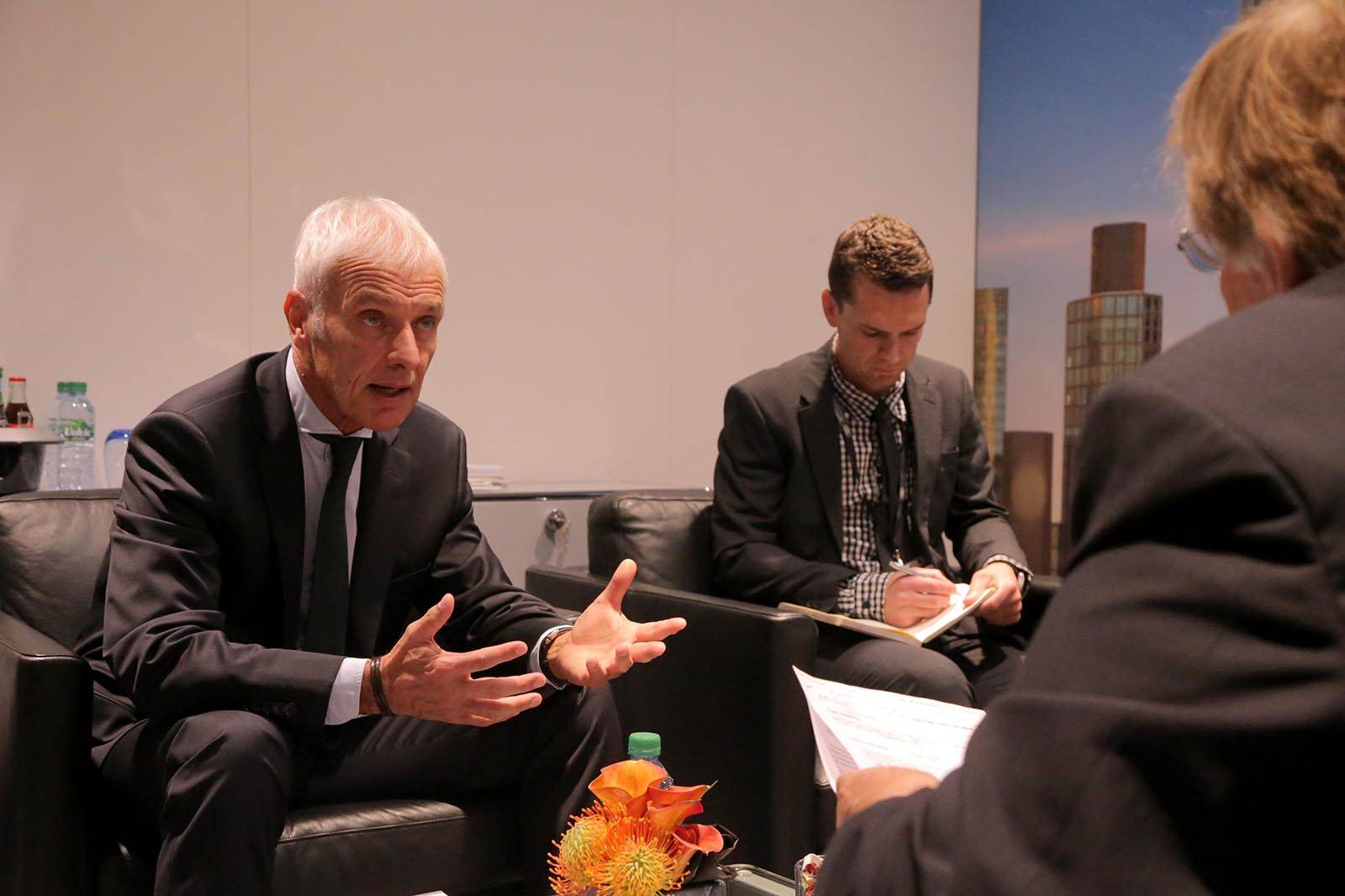 After the awesome tone of Roadmap E, it hardly seems appropriate to start nitpicking details or asking if he really meant it, so I open up by wondering to what extent this policy change is motivated by 'Dieselgate' or 'the diesel scandal', two expressions I’m interested to see Müller has used with neither false emphasis nor embarrassment in our first few minutes. “Our new roadmap is not driven only by diesel,” he says, tacitly acknowledging right there that it is at least part of the driving force.

“Back when [Martin] Winterkorn was running the company at the start of 2015, we started big discussions about the future of the group, called ‘Future Tracks’. At first, there wasn’t much content beyond the fact that we needed to get going. Then, in autumn 2015, we had Dieselgate and I was asked to take over.

“It became clear the diesel scandal would have to be the incubator for our new strategy. We worked hard on it, discussing what the future product portfolio would be, and especially what our engine combinations would be – combustion, electric, plug-in, gas or what? Around the end of last year, we reached most of the conclusions for Roadmap E, then set out to put them into practice. What you see now is our commitment for the next 10 to 15 years.” 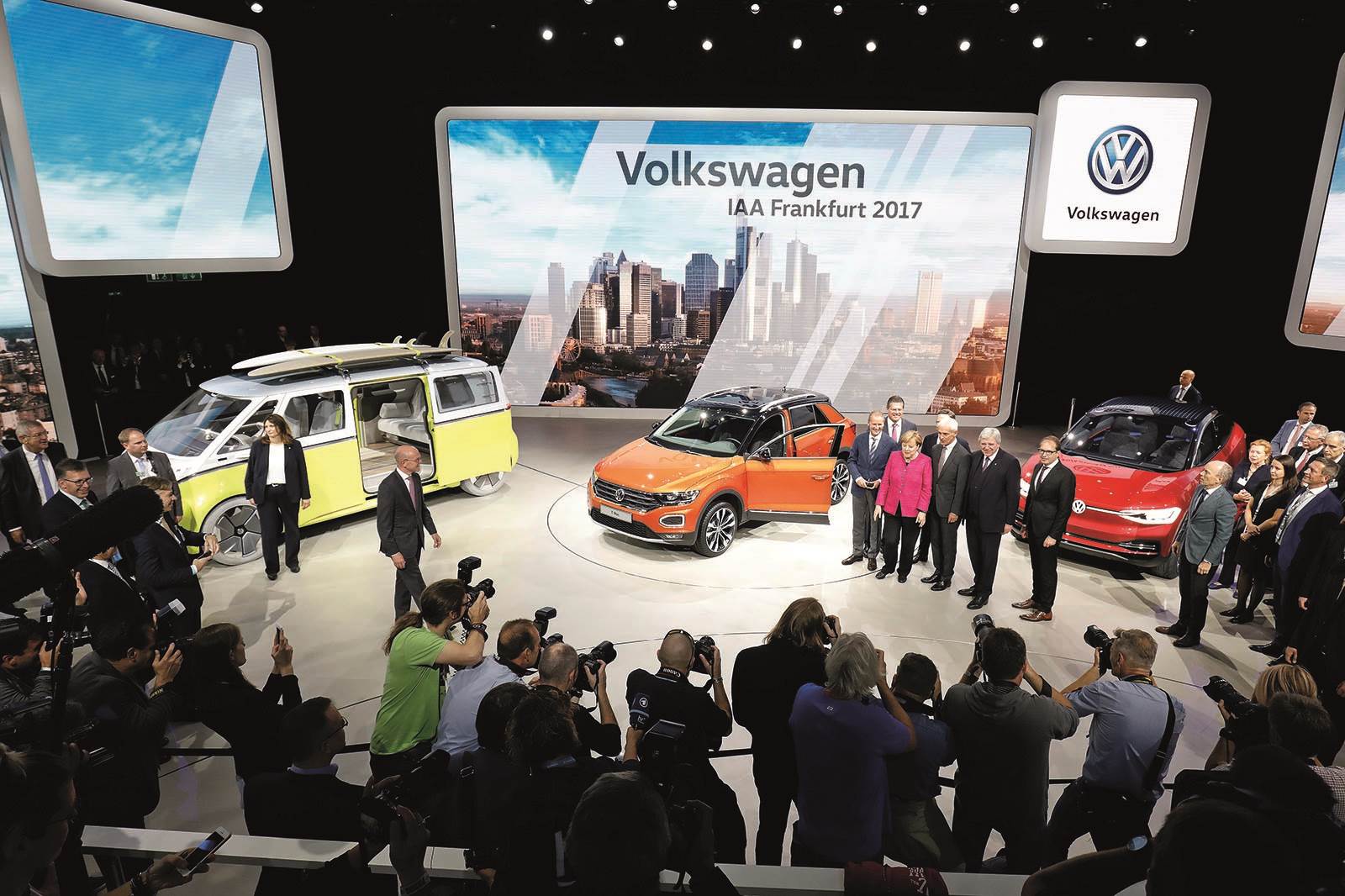 I’m impressed by how fully Volkswagen has embraced electrification – and say so – but Müller neither boasts about how far his company has come nor complains about the circumstances that have imposed its mighty workload. All very well to commit to electrification, I reply, but what about the unprofitability of electric cars? If you commit to selling so many, and spend so much of your capital on them, how will you ever make money?

“That’s easy,” Müller says, which rather takes me aback. Not much is easy in the car game, especially combating costs. But Müller says he knows beyond doubt that the cost of batteries and other key components will fall dramatically in the next few years in a way conventional car parts won’t do. “We expect to be able to take a huge step towards earning money,” he explains, “although in the next generation electric cars may not be as profitable as combustion models – which is why we talk about having a good co-existence between combustion and electrified models. We see a tipping point between the two in five to seven years, which will help balance our revenues.”

Müller seems markedly less sure that customers will see this as a painless journey. “Combustion engines must provide the bridge,” he says. “Getting to full electric cars will take a lot of years and none of us yet knows how many. The customer will decide that. But as long as charging infrastructure is so poor, it will not happen quickly. All governments have to take extra care of it.” I’m curious to understand from Müller why VW sales have stayed so strong, why its customers still love the cars despite the diesel furore. The CEO lets go a quick, ironic chuckle, evidently at the way bullish sales contrast so completely with the company’s trial by fire in the media. “It results from several things,” he says. “An attractive product portfolio, the continuing confidence of customers in our brands, ability of our employees. And it is happening all over the world.”

What’s the future of the VW Group’s status as the world’s biggest-selling car company? Will it matter in 2025? Others that have worn the crown – General Motors and Toyota, for two – tend to argue that the quality of today’s deals is more important than the quantity. “Being number one does matter,” says Müller, “and it will matter in 2025. We think we can achieve it, too, but the task is to decide where you lead. In vehicle sales? In number of models? In mobility services? We are working on them all.” Besides all the new model talk, Müller has introduced important strategies behind the scenes. One is to reduce the VW Group’s well-known reputation for authoritarian management, which is leading Müller to give more independence to his brands.

“We have a very complex group structure,” he says, “with 620,000 employees and 12 brands. It takes a great deal of management energy, effort and time to integrate things as we do. Maybe there’s another way of doing that. I have no answer today, but we’re working on it.” As always, our talk time is running out. I’m desperate to pose the killer question that has hung over Müller since he took the VW Group CEO job: why on Warth would you do this? Why would you deliberately take responsibility for the misdeeds of predecessors? Müller was in his early sixties when he accepted this gig from the security of the top job at Porsche; surely it must have crossed his mind to walk away as other blameless, high-profile VW officials had done? Again, the wry chuckle.

“The motivation was to help my employer,” begins the man born in East Germany, who went to school in Ingolstadt and became an Audi apprentice before returning to university and stepping into management. “I have been at VW for 44 years and have taken a lot from the group. When they asked if I could help in a difficult situation, I thought about these things when making my decision. I know the group’s strengths and weaknesses, I told them, and I have an idea how to change it. I am not sure it will work, but I will try.”

Müller’s assistants are glancing more frequently at their watches.

I find I’ve warmed to this man: he is far more candid than previous contact had led me to expect, and far more humble. Last time we met was in Los Angeles, where his job was to launch the Porsche Macan to expected success – a gig almost guaranteed to encourage overconfidence.

Before I leave, I ask Müller to summarise the difficulties of the job. His answer is a surprise: “It wasn’t so hard at first, but it has become tougher over time – because of diesel, the transformation of our business, digitisation, connectivity, autonomous driving, shared mobility and all that stuff. It amounts to a very big challenge, for sure. But it is also fun.”

“We believe they will continue to sell. First, they’re clean. Second, we need them to meet CO2 targets. Third, they suit a lot of customers. So we will go on promoting diesels, although perhaps not for the smallest models. We will invest in a new diesel generation, too, in about 2019 or 2020.”

“My view is the first step will not involve you and me. It will be for taxis and parcel delivery in urban areas, where speeds are low and the driver is the most expensive part. Years later, when systems are developed and the cars can go faster, they will go into the mass market.”

“Our past success has been based on our product portfolio and this is the answer for the future. We have a huge array of very attractive products and our concepts show the way for the next five years or so. I am convinced we will be successful if we do our homework well.”

The impact of fines on VW’s finances:

“Does $20bn for the US have an impact? Of course it does. I would like to have that money in my pocket now, but I don’t. Nevertheless, VW is a very robust company and can finance all of its new projects.”

“Things are moving, but not fast enough. We can’t estimate when it will be over. There are justice issues that continue and they could take years to be resolved, maybe as many as 10. Will it be possible to win confidence back with the justice issues ongoing? It’s impossible to say.”

“I have no opinions on this, although I am definitely a European. The British should do what they want.”

“I will retire in three years, after five years leading the group. I hope by then we will have won back the confidence of our customers and the authorities, and that the group is well prepared for the next 10 years.”

“I want to leave things so my successor shouldn’t need to change everything but be able to proceed with the decisions we are making now.”