Rajendra Petkar: 'Hydrogen as a fuel is important for sustainability and carbon neutrality'

Tata Motors is investing in various Hydrogen technologies mainly for adoption by its commercial vehicles. 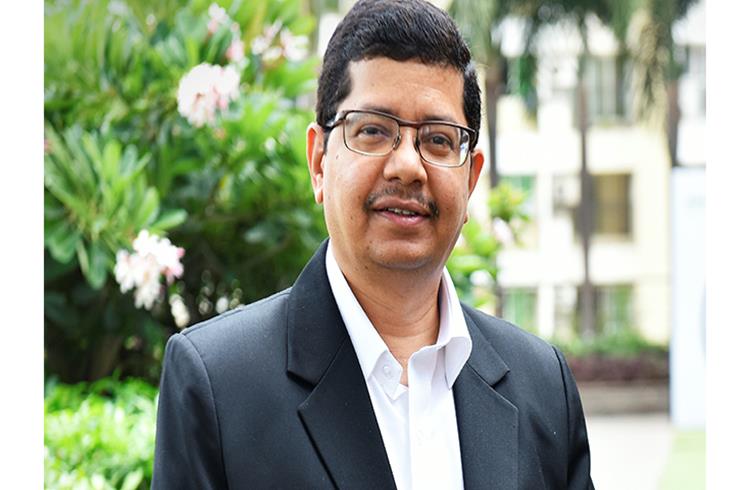 Rajendra Petkar, President and CTO, Tata Motors, in an exclusive interview with Sumantra Bibhuti Barooah, talks about why hydrogen is regaining attention, and why Tata Motors is investing in various hydrogen technologies mainly for adoption by its commercial vehicles.

There is a viewpoint that there should be a technology agnostic approach towards green mobility, towards carbon neutrality. In that context, do we see Hydrogen now playing a potentially crucial role, maybe as significant as EV technology?
Yes, Hydrogen as a fuel is important from the sustainability and carbon neutrality point of view. And it can help decarbonise many sectors. Whether it’s an industry or power generation and the transportation sector. So, these are the broad three important sectors of the economy and hydrogen can play an important in decarbonise all these sectors. While we talked about hydrogen power for many years in the past, it now assumes significance for the simple reason that there is an emerging virtuous cycle that we are now witnessing as far as hydrogen deployment is concerned.

On one hand you have a demand, that is driven because of the requirement of carbon neutrality and sustainability. The demand comes principally from sectors like industry, power generation and transportation. Within industry you have various categories but notably fertilizer or steel industries, and many other sectors like cement and others. So, on the demand side you will see that there is a need to go for the decarbonisation of that sector.

On the supply side there is a lot of innovation which is happening in terms of the development of the fuel cell technology ecosystem whether it is the innovation happening in the area of electrolysers or whether it is the innovation in the storage, transportation and distribution areas related to the let’s say the back-end infrastructure side, lot of innovation in that area. And thirdly, and more importantly, what we have seen now that there is a growing policy level interest in driving so to say the deep carbonisation of the energy system in the country and across the globe.

There was also an announcement of a National Hydrogen Mission also right earlier this year.
Correct. And that is what I was referring to that there is significant interest coming from the authorities and the policy makers across the world and India is not an exception to that.

If I look purely in the basket of hydrogen technologies, you are placing your highest bet on fuel cell, followed by H-CNG and hot hydrogen?
In the hydrogen category as far as the blend is concerned, we are anyway ready. If there is a retail outlet which is dispensing the blend of hydrogen and CNG then we are anyway ready up to a certain percentage we can actually allow and we have a technology that we have developed.

In the hydrogen category as far as the blend is concerned, will it be 18 or 20 percent?
18 percent. And then comes the fuel cell. And the fuel cell is something that at Tata Motors we have a very sharp focus for many years. And we are the only company in the country that we have demonstrated the fuel cell bus. And we had showcased the bus long back in the Auto Expo and during the period of 2013-15, we actually run the buses on Indian roads. We were able to get valuable data from those pilot buses, and of course we are continuing to run those buses. We have invested considerably as far as the development of the fuel cell technology is concerned.

For H-CNG you are ready, and it's only a matter of retail availability. What is the hurdle in terms of the hydrogen fuel cell technology? What is holding you back if you are ready and matured with the technology at the vehicle level?
There a few barriers. The first one is the availability of the hydrogen infrastructure itself and that is something which is not there in the country but we expect that there is going to be a steady investment that would be made by various agencies including the Government to make sure that the hydrogen dispensing facilities are going to be available in the time to come. But today it is not there so therefore, from that point of view we are at a very nascent stage. So, that is the factor number one. Factor number two, we need to get the hydrogen at the required degree of the purity and purity is important from the functioning point of view as well as the fuel cell stack is concerned. Number three, it’s all about the cost competitiveness because currently there is no local manufacturing of the stacks. So, when we have the economy of scale and if you remember I was talking about the emerging virtual cycle. So, this virtual cycle is now very active I would say and I hope in the next few years we will see a big traction coming as per the hydrogen fuel cell is concerned. But right now, there are certain barriers as I said.