Rajan Wadhera: 'India should become the nerve centre for car engineering in a decade.' 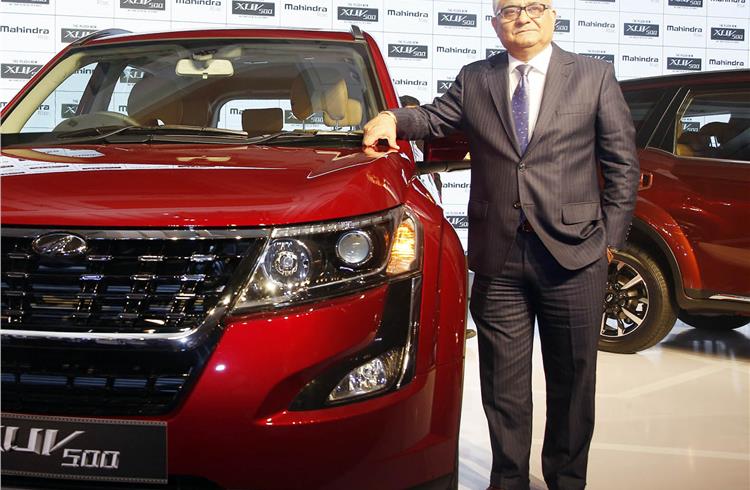 The July 2018 domestic market sales numbers are out. There seems to be a surprise in that the SUV segment, which has been the market driver for PVs, has seen a drop of 9% year on year (79,092 units). Is it a blip or are there some reality checks happening here?
I think it is a blip because July had a number of events like a transporters strike, floods in parts of India and agitations including some in Maharashtra. I think it is a blip and not a trend.

Are there any concerns in terms of the growth outlook for the rest of the year?
I think the next 3-4 months, which will see the festive season, will add to growth. In terms of the overall scenario, I do not see any big negative factors or headwinds coming. My estimate is that the UV market will have a growth rate of about 10 percent. And the combustion engine vehicle industry will grow close to 30 percent, and that includes some pockets growing more – for instance, the SCV segment may grow faster. These are all consequential to all the economic developments that are going on, increase in consumption, rural growth, and all factors are poised to be positive for growth to happen.

The few growth de-railers that we see are commodity prices and also oil prices, which have now started coming down but can go up. But I think the positive factors are stronger then the de-railers. Consequently, the auto industry should see positive growth by end of the year.

If you look at the overall picture, the evolution of the Indian automotive industry, from your perspective where do we stand today? There are global megatrends that are making their way into India, some with varying degrees, for instance EVs at a higher degree, autonomous at a lesser degree.
These are very interesting times, and I must say, although most people may not notice that, that there are lot of changes happening in the automotive industry. By April 2020, we will have BS VI, which is the equivalent of Euro 6 norms, and the so-called pollution will drastically go down.

Consequent to BS VI production, there is a lot of work that each and everyone to do, and the kind of costs that it is going to add to the products. Secondly, with crash-and-safety compliance, safety is going to be very important and again there is a regulation on that. Vehicles will become safer and less polluting consequently; we will be very close to global standards. So that is the changing face of the auto industry. It is a big deal, and a lot has happened.

On the electrification side SIAM has given a statement that by 2047 when India turns 100 it sees some a full fleet of 100 percent EVs.
Electric vehicles are the thrust area by the government for various reasons. Obviously, they are very low on pollution except when you generate electricity that adds to the pollution. But, overall, it is part of the energy security for the country; therefore, I do not see this industry not coming up. The EV industry across platforms – buses, cars and UVs – all-segment proliferation will happen, it may happen slowly, but I do see it becoming a reality in around 15-20 years from now.

We are a 71-year-old nation at this juncture. In terms of global ranking, we recently overtook Germany to become the fourth largest car market in the world. What is the timeline that you see for us being in the Top 3?
Numbers we will be able to, but not really on the quality of the functionality of the cars. Because it is a matter of affordability of the country, the people who are buying, and the kind of cars that are being produced and sold in those markets and the numbers are not comparable. So, volume-wise we may be able to overtake, but in terms of features, quality, size of the vehicle there are not comparable, really speaking.

In terms of engineering perspective, though we don’t see truly high-end cars here, a lot of engineering inputs for them go from India. Therefore, we are seeing the likes of Daimler, Jaguar, GM, Continental and Bosch setting up their technical centres in India. Do you see India playing an increasingly crucial role in the overall scheme of things for these global organisations engineering-wise?
What happens in any build-up of engineering in any product is that there are all kind of skillsets that are needed. There is CAD engineering, vehicle prototyping, validation and testing, so as the skills become more and more expensive in the developed countries. They will get outsourced to different parts of the world, so what you see getting outsourced to India is not the real top-level skills of engineering, it is middle- and lower-level of skills.

What is the message you would like to convey to engineers who wish to enter the automotive industry?
My message to all the engineers in India is that India should become the nerve centre for car engineering in a decade. We should be designing our own cars, with our own people, and that needs a lot of work. It needs an ecosystem of labs, institutions as well as boutique engineering and very high-level of knowledge acquisitions very fast. Then, we can start designing and engineering cars – something that South Korea did in 25 years, we should be doing that in the next decade.

Lastly, how would you sum up this journey of independent India in the automotive space, with Mahindra being a key player in that?
As a country, we have done really very well in this area (automotive), because Mahindra and Tata Motors are the two OEMs who have been designing cars, SUVs, pick-ups and small trucks through their own efforts, with some amount of consulting help. But they are the ones who have had the courage to  design, engineer, test, validate and produce these vehicles. Everyone else is bringing in their own engineered designs into India and localise them; they don’t add to the skills of engineers. So, the engineering community building for cars is truly done by the Indian OEMs.