'The positivity will come in six months. When the government and industry work in tandem, they will bring the change.'

EVs require nil or minimal servicing and maintenance, while the petrol-powered vehicle is dependent on servicing. Traditional dealers rely on services for their business, as the margin on the product is minimal. 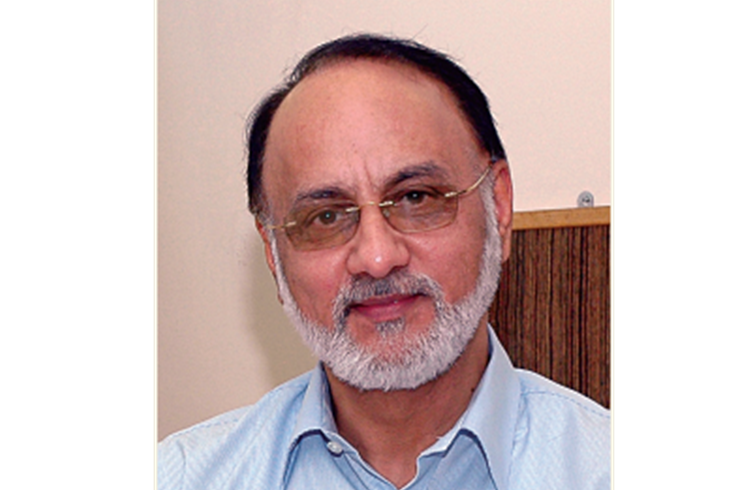 Sohinder Gill, CEO, Hero Electric & director, Society of Manufacturers of Electric Vehicles speaks to Nilesh Wadhwa on value proposition in having lithium-ion battery, expensive or the premium segment of electric two-wheelers and the biggest challenge.

The NITI Aayog report pushes for all-electric mobility in India by 2030. While the four-wheeler OEMs are bullish about it, very few two-wheeler companies are looking to expand into this segment?
Everybody is closely watching the EV segment. Two-wheeler OEMs are filling their backyards with half-developed or developed products and are ready to pounce in the market. For OEMs who are sitting cozy, with big money and big volumes, it is a risky proposition to open up a new plant (for EVs).

On the other hand, the psychology of a dealer retailing traditional two-wheelers is different from one selling electric two-wheelers because the service value in the latter is zero. EVs require nil or minimal servicing and maintenance, while the petrol-powered vehicle is dependent on servicing. Traditional dealers rely on services for their business, as the margin on the product is minimal. Also, it is difficult for a dealer to sell both the variants (traditional and electric); which one is better? EV OEMs are faced with a huge challenge — how to create a distinguishing network, which is agnostic of this and separate.

So it’s a process where the infrastructure should come first, the government’s intention becoming action. What happened in FAME 1 should happen in FAME 2, which is supposed to start from October 2017. So, when the real action starts, they will not want to miss the bus.

Is India ready for expensive or the premium segment of electric two-wheelers?
The premium segment of products with high performance and high speed will cost over Rs 100,000. While the VFM proposition was initially towards low-cost vehicles but not so much performance, it has now changed to good performance, loaded with savings on fuel cost. If you remove the battery cost of the product and sell it as a fuel, then the cost of a product is much less than that of an Activa. It is only because of the Rs 40,000-45,000 cost of the battery that an e-two-wheeler’s price goes towards Rs 80,000.

If a company warranties the battery (which can be charged at home or office) and the product is at par with the performance of a traditional product and also low-maintenance, then such products will surely start appealing. The sole problem with new technology is that only innovators buy it initially, followed by early adopters and then the masses. We have to ensure that we quickly cross the bridge from innovators to early adopters. Once they start using the product, the positive word-of-mouth will start the chain of action.

Most two-wheeler OEMs are dependent on import of lithium-ion batteries. Do you think there will be some backward integration from EV makers? Do you see a value proposition in having lithium-ion battery manufacturing in the country?
The government is very serious about the future of the EV industry in the country and is compelling global battery manufacturers like Samsung, Sony and Panasonic to manufacture cells in India that they currently produce in China, Taiwan and Korea. There is no real R&D that is required in the cell; being a commodity product, the prices are coming down sharply because of demand.

Since the government intent is there, it will support someone who wants to manufacture batteries or will see that Indians use India-manufactured batteries. Within a year or two, somebody will start to supply/manufacture lithium-ion cells in big quantities. We are sure that in the next two years of time we will see cells manufactured in India.

As the domestic e-two-wheeler leader and president of SMEV, what is the biggest challenge?
This challenge is for any radical new technology — either it catches up very fast or it takes its own sweet time. We were caught in a web, where we had to reduce the cost of the product without any subsidy and try to sell it by cutting corners all the time. That is why the products made and sold were of poor value. Thus there is some negativity because of the past, wherein consumers thought they had bought an Activa, while it was performing half-way through.

The positivity will come in the next six months of time. At a time when investments were lost or stopped, they have now started pouring in. Industry is now serious (about EVs) and the market is seeing new products. The EV segment cannot grow on its own, especially in its infancy and nurturing years, as seen in Norway and China. Unless there is seeding or governmental support, not just in terms of direct incentives but also with infrastructure, it is difficult for the EV segment to pick up.

Till the time it was not being nurtured properly there were hiccups. That’s why we believe that when the government and industry work in tandem, they will make the change happen.

Globally, many new start-ups have garnered huge interest (Tesla, Faraday Future) from investors as well as consumers. While traditional OEMs have EVs, their sales have not been huge. Do you think a similar scenario will happen in India?
Global OEMs are waking up and seeing green mobility but they may be late to the game as they did not anticipate this change would happen so fast. In India, perhaps companies like Maruti, Tata and others are much more liberal in this aspect, they don’t have strings attached to the MNCs that they cannot take their own decisions. I foresee action from companies which are in line with the government; other OEMs will always be driven by their parent company’s strategies.

Two-wheelers are a low-hanging fruit and an easily doable job. As I mentioned earlier, all Indian two-wheeler companies have their backyards filled with products that are almost or half-ready. Indian OEMs have deep pockets, so start-ups in India will have a tough time if they try to compete in the automobile segment. It is not child’s play to put in a million vehicles on the road and service them to the customer’s satisfaction.

I don’t think it would be a start-up which would create big volumes; it would rather have technology to help others and be ultimately be merged with big OEMs or people who can convert ideas into action.

Do you have any new investments or partnerships in the recent past?
We are right now investing heavily in our overall R&D. As we want to come out with better offerings, there are some collaborative tie-ups with the latest technology providers who will give us the products and shape the products for our next generation of two-wheelers. We are now also open to little backward integration, for instance, we will not manufacture batteries but will look at computers and electronics that go into the vehicle.