Nishant Arya: 'The Scrappage Policy will give a fillip to both the CV and logistics industries.'

Arya speaks  about the impact of the Union Budget 2021 on the CV industry, import duty on certain auto parts, India’s EV market and more. 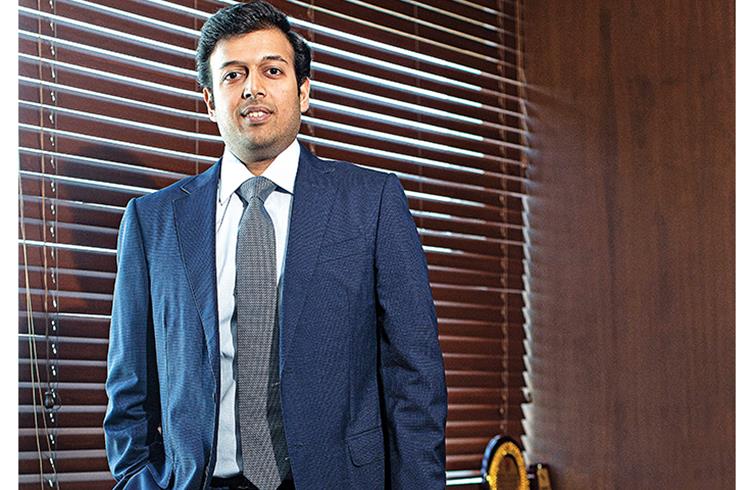 The Scrappage Policy has finally been announced. How do you assess this move and since JBM Group is in the commercial vehicle business, what sort of demand do you anticipate?
The Scrappage Policy, specifically on the commercial vehicle side, would give a boost to the sector and therefore, people are viewing it positively. These are primarily BS-II and BS-III vehicles which would be moving out of the roads and thus reducing vehicular pollution as well.

There will be a thrust towards the M&HCV and HCV segments. I expect there to be substantial purchasing in the coming financial year, thereby giving a much-needed fillip to the sector. It would also give a boost to the logistics sector as the cost of logistics will go down with a new fleet. The cost of older vehicles is higher and we were seeing companies trying to increase their Opex to save their Capex. So, we will see logistics costs becoming more competitive as we move forward.

Do you feel incentivising the customer would be key for the successful execution of this policy?
Some benefits with respect to incentivising would be welcome like what the government has done in the case of procuring 20,000 electric buses under the PPP model. Something like that would give a huge boost to the CV space — both commercial and passenger-carrying vehicles. While the fine print of the policy is yet to come out, subsidies would definitely expedite the process.

In India, we have about 1.7-1.8 million buses and our average bus-to-people ratio is around one per thousand, which is far lower compared to 10 per thousand in some countries. So, we need to significantly improve this density and also the challenge is to modernise these buses running on older technology and improve their load-carrying capacities. The new (Scrappage Policy) policy will definitely start addressing these issues piece by piece.

Have you done an analysis as to which states or cities are going to emerge with the highest demand of these vehicles?
It would really depend on the budget of individual States; that clarity would be coming up in the next couple of months. It would definitely bring about a big change in the passenger-carrying CVs and that would be a crucial point for the turnaround of the sector.

Fuel prices in India are on the boil. Do you think the government could have touched upon this aspect in the Union Budget?
Fuel prices are irrespective of the Budget, which need to be rationalised as we move forward and I think it should be done in the coming quarters. The government is also seemingly trying to gauge how it can make people move towards electric vehicles as the total cost of ownership (TCO) in EVs is far lesser compared to fossil fuel-powered vehicles.

While the Budget doesn’t govern fuel prices, the uptick in alternate fuels is also going to be a deciding factor in determining the demand for conventional fuels. So, I feel that fuel prices are likely to go down in the coming quarters with the government taking financial prudence in mind. Whether they go down as substantially as people want them to, will depend upon various economic factors as well as the global energy mix.

What is your take on the hike in import duty on certain auto parts? Is this a good way to push localisation?
I would say it’s a mixed bag. We need to give momentum to the local industry as we also have a big manufacturing GDP target for the next four-to-five years and the auto industry will be leading from the front. On the other hand, it also impacts the global competitiveness of the industry if one is looking to export. If the products are not export-worthy in terms of quality or pricing, it becomes quite difficult to capture those markets.

So, striking a right balance is what is important and I believe what the government had done in the case of EVs with the phased manufacturing programme (PMP), here also they could have done something similar as they were perhaps observing some dumping. So, I personally see the hike in duty on certain components as a mixed bag.

There is a 50 percent reduction on the duty levied on steel as well. How do you see this move?
It would definitely help the steel prices to melt down a bit as there was a big supply-demand gap, not only in the automotive segment but also in other sectors like infrastructure and road construction. There was a big challenge in terms of competitiveness. Different engineering, procurement and construction players and manufacturing companies like ours had taken up and were feeling a huge impact. So, it was necessary to curb the prices in one way or the other.

Therefore, I feel a reduction in import duty is the right way of managing the situation in the short-term as many domestic players would have come to the verge of collapsing.

Have you done any feasibility analysis as to the net impact of a simultaneous duty hike as well as reduction?
It would depend upon component to component and vehicle to vehicle as different OEMs have different strategies of localisation and import. At the same time, they are also seeing certain raw materials are having a poor availability and manufacturing capacity in India at the moment. So, duty hike and strategies are independent of each other as for every individual company, there may not be a whole-sum game. At the OEM level, they could see how it would nullify the net impact, but not in all cases. We haven’t done any detailed analysis as of yet because the detailed impact comes a few weeks later.

The industry has also been asking for GST rationalisation on auto components for a long time but it wasn’t addressed in this Budget either. What do you have to say about this?
While it is definitely important for the industry from the perspective of improved liquidity for component players, in the given scenario, I didn’t see it coming as it is a big revenue source for the government. Most consumers are more or less used to these rates, so it doesn’t make sense for the government to amend it.

The hike in prices of BS-VI vehicles could have been balanced by such rationalisation, but I personally think that it is a far-fetched focus area and there are many other critical points for the government to ponder upon and consider at this juncture.

Is local development going to take precedence over global research for Indian companies? How do you see the Rs 50,000 crore Budget allocation for R&D?
There is no one way as both will co-exist for many companies but the percentage of local development will definitely increase. For JBM also we have a mix — we are doing local development in many areas catering to global markets. Wherever we see that the demand in India is not so significant, there we rely upon different JVs and partners to avoid going through the entire cycle of fresh development of a new product or technology.

Having said that, I personally feel that the R&D fund would definitely institutionalise development and engineering activities in India in a big way, but how it is rolled out and how people are incentivised to utilise this fund, would be most crucial.

Is skilling also a big area of concern for a company like yours as it is already into the EV market?
Skilling is the bedrock of creating a successful industry in any area, especially when we are seeing an upcoming growth sector in New Energy with EVs and biofuel. There are no prior skills available and people from associated sectors such as energy, automotive and railways are trying to come into the EV space. Moreover, engineers with AI (artificial intelligence) and ML (machine learning) backgrounds and those with knowledge of low / high voltage, power electronics and semiconductors are also coming into this area.
Therefore, a lot of cross-sectoral learning is currently happening and it is in the process of evolution. So, the fund will work as a catalyst to ensure that the right set of talent is available, otherwise it would become very difficult if the industry is choked for the right set of people because of lack of an institutionalised process.

The Finance Minister did not touch upon electric vehicles. Do you think this segment deserved more than what is being offered?
I really don’t think there is any ambiguity on the EV front with current incentive schemes such as the PLI on the battery development, PMP on component localisation and FAME-II on the EV product front being rightfully there.

Simultaneously, the government has covered the area of charging infrastructure as well as rolled out an EV R&D fund with the department of science and technology (DST). So, there is a lot of clarity and focus already by the government from all sides.

What is your outlook for growth of the EV market in India?
There is very good opportunity in the EV space currently and companies which are able to work on the TCO with respect to the vehicle and battery technology, vehicle health management systems and remote location solutions, are all moving towards the direction of positive growth in the EV segment as we go forward.

In the FAME-II subsidy also, more than 40 percent has been allocated to electric buses, which clearly shows that the government is really keen on promoting mass clean transportation and benefiting the masses.

Is JBM aligning its investments in capacity building / new product development given the growth potential of the EV segment?
We have already earmarked Rs 500 crore of capital expansion from FY2021 through to FY2023 for our electric vehicle facilities in terms of technology upgradation, R&D, skilling, capacity, manpower and also establishing the whole ecosystem and executing projects in the electric vehicle space.

Are you also looking at setting up charging infrastructure for the JBM electric buses?
Charging infrastructure is an integral part of the ecosystem and we follow a different approach in different cases. In some areas, we are collaborating with other players and in others we are doing it ourselves. While there is no fixed formula, it depends upon the city demographics and geographic requirements.

What is your overall opinion about the Union Budget 2021?
I would say that the Budget is in a positive direction and focused on creating demand in the market and ensuring competitiveness and focusing on the right areas like health, transportation, energy and infrastructure. So, all growth engines of the economy have been taken in focus and the government has tried to address all stratas of the society.

This interview was first published in Autocar Professional's February 15, 2021 issue