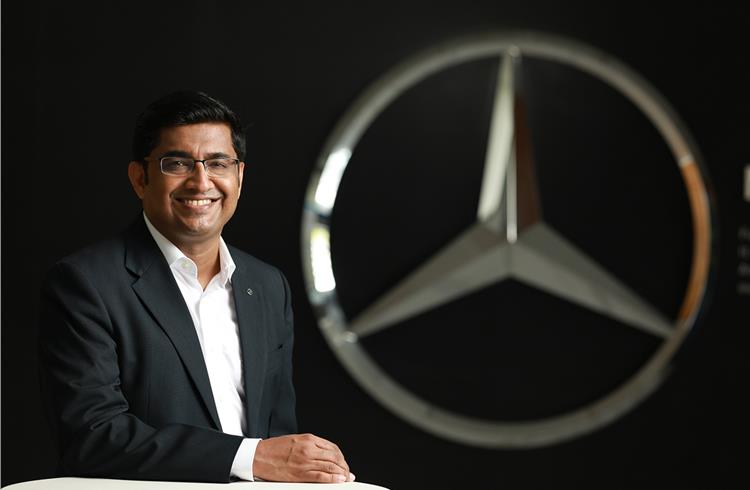 The Bengaluru-based Mercedes-Benz Research and Development India (MBRDI) is the Daimler Group's largest R&D centre outside of Germany. This hi-tech facility employs over 11,000 engineers who are helping accelerate product development by simulating real-world scenarios in the virtual world. Managing Director and CEO Manu Saale speaks on a host of topics including the innovation mantra, new mobility solutions and also future challenges.

How has Bengaluru evolved as a global hotbed for innovation when it comes to technology?
It is a heady combination of several things — the weather, academic infrastructure, and the cosmopolitan nature of the city — that attracts students and makes them stay put by the time they land their first job. Around this growth in technology in Bengaluru over the last 30 years, the whole ecosystem of internet, ISPs, lifestyle, digital payments, et al has already come up. On top of that, over the years, the connection this city has built with Silicon Valley is another factor that is driving companies to do research here.

The influence of the valley coming back and bringing along that entrepreneurship and innovation culture has impacted this city positively over the last few years.

That is why start-ups are springing up and the investment fraternity has a massive presence in Bengaluru. Therefore, if we connect all the dots, especially when technology is increasingly being required in the industry and India is an attractive destination from a cost and scale perspective, it is worth coming to the country. The kind of work that is going on, from telecom to medical science, to automotive and aerospace, and the people who have embraced this city, Bengaluru really surprises you. It is in a sweet spot for digital-mechanical engineering and software, and putting them together to innovate new solutions. 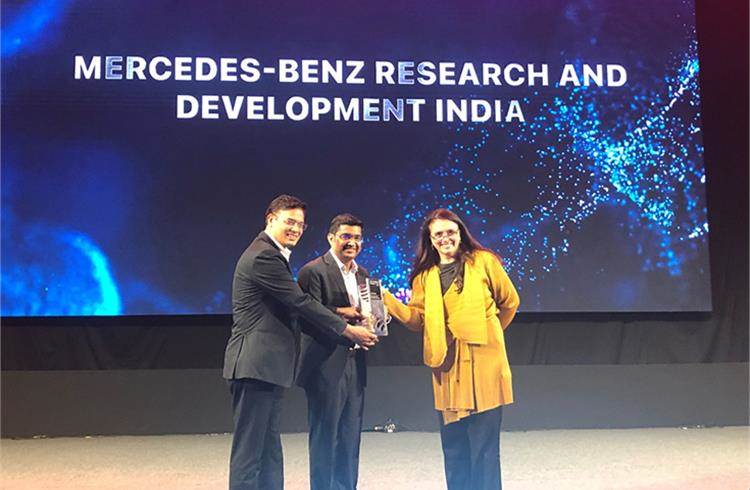 In July 2022, MBRDI was recognised as a ‘Great Place to Innovate’ at the 13th Zinnov Awards..

What role is MBRDI playing for Mercedes-Benz globally?
We have more than 7,000 employees internally, along with 4,000 people working on contract at MBRDI, making it the largest R&D entity for Mercedes-Benz outside of Germany. There are global innovation centres in the West Coast in the US – in Sunnyvale and Seattle - as well as in China, Israel, and Berlin, but nobody matches up to the depth and width provided by MBRDI.

The Group’s dependence on the talent in India has grown multifold over the years. Even if India is not a big market for Mercedes-Benz today, and it is wishful — we are wishing to sell more cars here — the fact that we can digitally dream about car development is the biggest strength that India has right now. This means that Indian engineers do not have to wait, today the world's a stage.

We can develop the car for the US, China, and Europe from right here. When it comes to digital technology, India has a clear advantage.

Last but not the least, the amount of technology that is coming into the automobile to transform it, it is just beautifully marrying with what India and Bengaluru have to offer in terms of people skills, talent, and the entire research ecosystem.

What new software-oriented projects are being undertaken by MBRDI and expected to roll out soon?
We have been working relentlessly on innovating new mobility solutions and that is our purpose statement. The car has suddenly transformed from being a mechanical engineering product to a software-driven product, and once an OEM has mastered the battery and the electric architecture, what differentiates a vehicle from another competitor is perhaps the software. 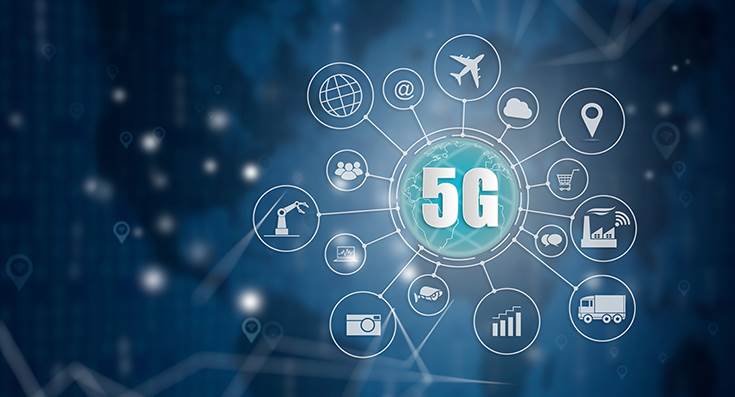 Moreover, with 5G coming in, the connected vehicle technology is shifting gears into hyperconnectivity and the possibilities it brings by leveraging the software in the car. For instance, we are developing the MB-OS — an in-car operating system — which will support an app as well as a developer ecosystem to keep the occupant engaged when he or she is traveling in the car.

If we look at the software in the head unit, it is somewhere turning into an ecosystem of sorts. But, in 2024, Mercedes-Benz customers as well as the developer fraternity will get to taste the real flavour of this operating system. Significant work is underway in developing this new OS here at MBRDI. It is literally like going back to the basics and thinking about what one would need to build into the platform to enable an ecosystem around it.

Hyperconnectivity will certainly give us the data pipeline that we would need to establish the connection between the car and the Cloud. Having said that, the performance and experience of the software inside the car is extremely crucial and that depends upon the layering that we will create into the MB-OS.

People will be able to order food, browse entertainment channels or get information about available parking spots while on their way to the shopping mall. Furthermore, we come from a culture where people are willing to experiment and try different things to innovate. We are thinking of bringing intuitiveness with technology.

For instance, there has been application of AI in the S-Class wherein the driver just needs to gaze at the ORVM to let it automatically adjust itself according to the driver's viewing angle. So, how we can leverage technology to make it more intuitive for the consumer is our approach. 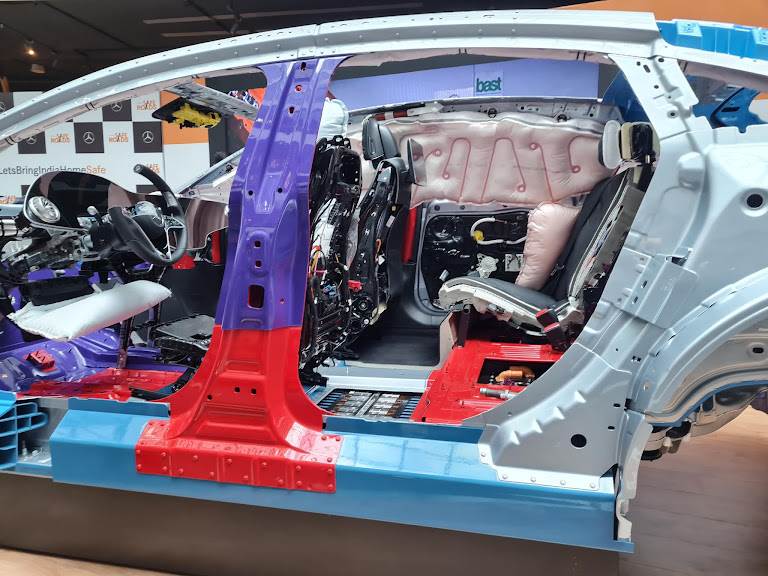 Are mechanical engineers a dying breed? Does MBRDI also play a critical role in the area of vehicle dynamics?
There are over 2,000 mechanical engineers working in-house at MBRDI and we are proud of the fact that we have some of the brightest minds working here. The kind of IP they have generated over the years, the patents they have registered and their contributions to cutting-edge designs is just amazing.

The main difference between the R&D centre at the Mercedes-Benz headquarters in Stuttgart and in India is that our 'digital-mechanical engineers' are focused in the digital world and are developing the product on the computer. So, it is cutting-edge CAD and CAE simulations that are being undertaken here days before even the physical prototype is readied for a crash test back in Europe. Our engineers can provide vital insights about the possible deformations in the vehicle structure during the crash and have perfected the model to a point where our predictions are almost 100 percent accurate. We can give first-time-right designs by modelling any physical entity in mathematical formulas in the computer.

Engineers who are PhDs and hold Master's from leading institutions like IITs are working at MBRDI and our attrition in this area is extremely low. We are extremely happy with the content of work that we offer and it has been consistently exciting for more than a decade now. 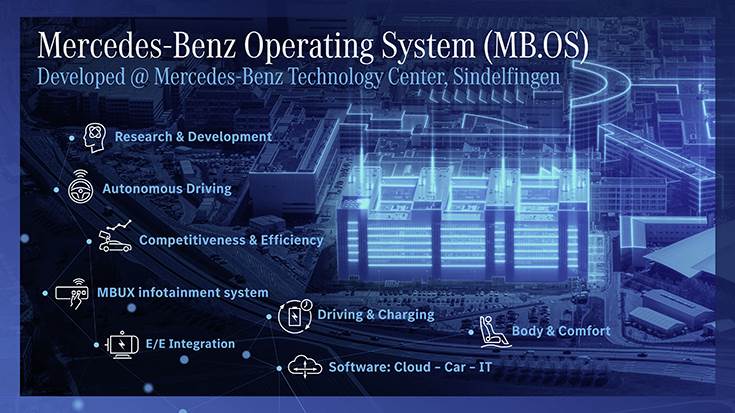 How is the vehicle E&E architecture set to change with the advent of electric vehicles?
With MB-OS, we are moving from more than a 100 ECUs into just a handful of these controllers which are going to be supercomputers in their own ways. We need to prepare the car for an electronic ecosystem particularly with EVs, and on top of that the entire software architecture must be prepared as well.

That is what is currently being done with the development of the MB-OS. Range and battery are the two variables that will come in with an EV, and on top of that, there is a luxury quotient attached and in this case digital luxury. Therefore, the software must function in a way that one gets the feeling of being cushioned in luxury.

What do you see as the biggest challenge for engineers in the coming decade?
While sustainability is the new buzz word on the horizon in the automotive landscape, technically, the most challenging work that the industry is doing right now is developing autonomous driving technology and literally replacing the human eyes and the brain with sensors and computers. This is the most interesting challenge ever, not just as software engineers but as automotive engineers in general.

This interview was first published in Autocar Professional's January 15, 2023 issue.