Malo Le Masson: ‘We will have to look at two-wheelers, and beyond.’

Masson talks about Hero MotoCorp's strategies to revive performance in some areas and strengthen in others with new offerings. 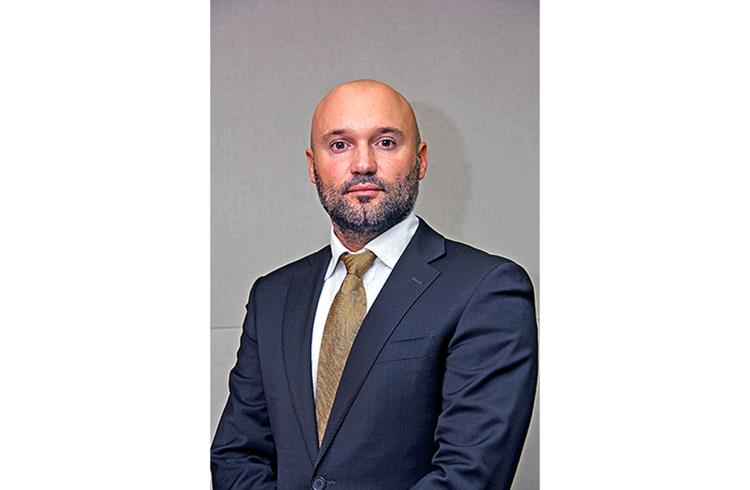 Malo Le Masson, Head — Global Product Planning, Hero MotoCorp, in an exclusive interview with Sumantra B Barooah, talks about the OEM’s strategies to revive performance in some areas and strengthen in others with new offerings, all while preparing for a sustainable journeyin the fast-changing mobility world. ‘

Below are excerpts of the interview, published in Autocar Professional’s June 15 issue, also an annual ‘Two-Wheeler Industry Special’ issue.

You used three terms — revive, rise and race — while unveiling the new Passion, new Glamour and the Xtreme 160R at Hero World 2020. Which one do you think has the biggest potential and which one is the most challenging for you?
I always have a bit of a passion for the underdog and for that I would say the brand Passion is a brand which has been fantastic for years. It is the second-biggest brand after Splendor, in terms of awareness, units sold and so on. I think over the years, we've been very precautious. Basically, we've interpreted those consumers, which are still a big proportion in rural market, as a category that they didn't want too much change. I would say there’s a very gradual evolution, but we have not done much to the model in styling and DNA for more than 10 years. Which explains why, in the past four years, there was some erosion happening.

The biggest challenge was actually in gaining customer insights. Because it's such a big brand, we not only did customer insight with the actual customers in five to six different cities and rural markets but we also went to our dealers. We've tested how far can we take the Passion from a change point of view. This is a real story of the graduation of changes and the most radical one being here. So, one for me is about this revive because you're taking a bold step, you're getting away from your comfort zone.

The second one is Xtreme 160R because when you do product, you do it because you want to, because you love the process of getting the customer insight down into the product development piece. It's also because you like products to ride them. In the Xtreme 160R, we knew that we wanted to have a product which is bang-on competitive. At least for us, this Xtreme 160 R is ticking all the boxes.

Could the erosion of the Passion Pro brand be due to incremental changes or the evolving market, and that more customers now prefer to pick in higher segments as a result of the premiumisation trend?
I don't fully believe in that because Passion created the style segment. It was a very bold move a long time ago when actually what people wanted or, I would say, needed was to go from point A to B. They wanted a commuter. Premiumisation doesn't mean like, I can buy a bike from 150, to 160, to 200cc. It is, 'I want to have a bike at some point that looks like a bit more like my own personality'. If I'm more about style, which is, out there and bold, I want to make a statement, I should have that. But, if my affordability quotient comes into play, then it means I need something which is in my budget.

There are still people, who may not have the budget for a 125 but want to get away with a regular commuter. Quite often you see a young rider, wearing a leather jacket, on a bike like the Splendor, painted full black. They may be using what their father gave them but when they have a bit of money, they may go in now for the Passion. 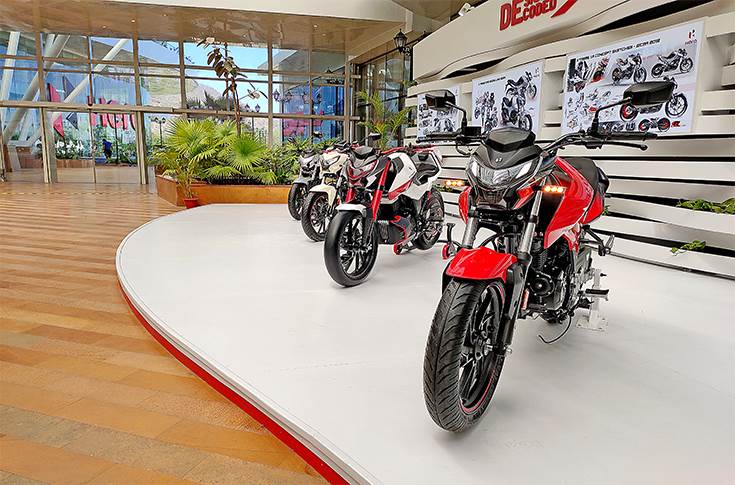 The Xtreme 160 is in the fastest growing segment, and going by the Indian demographics, it holds potential. How do you see that game changing for Hero, with the Xpulse and the Xtreme brands?
In the next, let's say a year-and-a-half or two years, we really want to capitalise on those two brands because they have tremendous potential. One is because the Xtreme should be about this adrenalin rush more on the roads and this is what Xtreme 200s is also bringing. With the Xtreme 160R, we believe we have something which is in the sweet spot of the market and basically bang-on competitive. Brands, as you know, in India are extremely strong. If tomorrow, you take anyone who want to buy his first product, he will say, Hero Splendor. So, to gain this awareness and knowledge and familiarity with people, you need to create time over time over time.

The response to the Xpulse has been overwhelming. My other analytical part is, look at the market is from a pure numbers point of view. If I look at an adventurous segment, there are 3-4 offers, which are above Rs 150,000 – 160,000. From those numbers, I will not get anything, I won't even get the company started any development work.

So, we didn't look at that actually. We looked more at what is the potential based on the usage and consumer needs. So, when I look at that, the segment is getting created with the Xpulse. We learned the hard way with the Impulse, which is one of the dearest motorcycles for all the racers across the country, but unfortunately it was not a commercial success.

What were the reasons for the lukewarm response?
They (riders) felt, compared to the potential of the bike, it was a bit underpowered. Some felt there were limitations for the bike in rough road conditions because of its chassis and the suspension. Then, I think the exhaust position was a bit too far for a commuter category upgrader.

We have addressed the few things with the XPulse. On the other side, perhaps, it was little too early for the market. Like the 160R, for three out of four guys who buy a bike in this category, it is their first access to motorised two-wheeler mobility. I think the Impulse was feeling a little too out of the league. Now the beauty with that is now we've come at a time when the market already has seen various products at different price points.

You have said the scope of brand Hero is way above the 200cc mark. How adventurous or how ambitious would Hero like to be?
There are two things. One is as a company, the vision that Pawanji unveiled, which is for the next decade to be the future of mobility. It means that we will have to look at two-wheelers but beyond two wheelers also. So that's a surety and what I mean by that is I'm talking both in terms of actually innovative format, but as well as business initiative, technologies. This is a landscape that we are starting to work as a journey.

Now as a brand, Hero itself, we want to be something for some people. You know us for the Impulse and the Xpulse. We are working on making what I called the missing link, the link between an Xpulse / the Xpulse Rally kit and a full-fledged rally Dakar bike. We're looking at going into this category of 300cc and above. And once again, a potential platform, both in terms of technology, a real off-roader that can take any beating.

Tourers, retrostyled midsize motorcycles? They are also finding new takers.
For a company like us, it's very difficult to be only in certain categories. So, we're looking at all the different segments including retro.