‘Even if we don't cross the milestone figure, we will be very close to our all-time high’: Hemant Sikka

Hemant Sikka, President of Tractor and Mechanisation Association (TMA) and President of Mahindra & Mahindra Farm Equipment Sector spoke with Autocar Professional on the year gone by, factors driving the market to a new high and potential headwinds in the future. 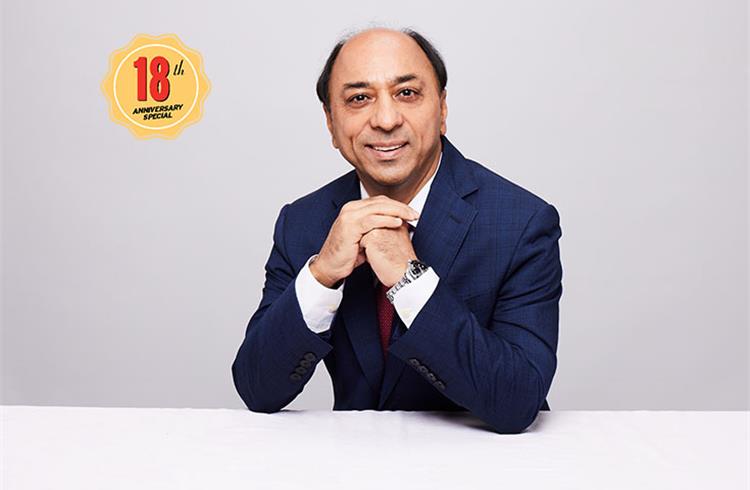 Despite a low kharif season, the government is expecting a turnaround in rabi season. Considering this, do you think we will be able to match the peak levels of FY21 sales?
In FY21 the industry sold above 8,99,000 units which was a 27 percent growth over FY20. After a very strong growth in FY21, the industry declined by 6.4 percent in FY22, which I would believe is natural and it was balancing out the unprecedented 27 percent growth.

The industry sold 8,42,000 tractors in last fiscal year. In the ongoing fiscal we are expecting a seven percent year-on-year growth. As TMA we are quite content with the performance of the industry because we are hitting an all-time high this year and likely to achieve the coveted milestone of 9,00,000 units sale in domestic market this year.

What has gone right for the tractor industry?
Multiple factors are contributing towards this growth. The biggest factor is the consecutive four years of normal monsoon. This year also India has received 106 percent of LPA (Long period average). It has happened for the first time in the history of India that we have had 4 years of back to back normal monsoon.

Albeit the tremendous progress made in terms of creating water reservoirs, canals and irrigation facilities, our country is majorly a rain-fed agro economy. The bountiful rains, robust support by the government to improve the income in the hands of the farmers and high prices of the output led to rebound in rural demand. Last year, wheat prices hit an all-time high and farmers were able to sell their produce to at Rs 2,300 to Rs 2,400 per quintal, which is a very high remuneration for them. That largely happened because of the war in Russia and Ukraine and which led to strong demand pull for wheat in the exports market. The output prices of most of the crops have been higher than normal which ultimately means good cash flow for the farmers.

Additionally, the Government of India has played a critical role on the food security front. In March 2021, when it became clear that the wheat output will be three percent lower because of the rise in temperature, the government immediately put a ban on wheat export to protect the interest of our country. 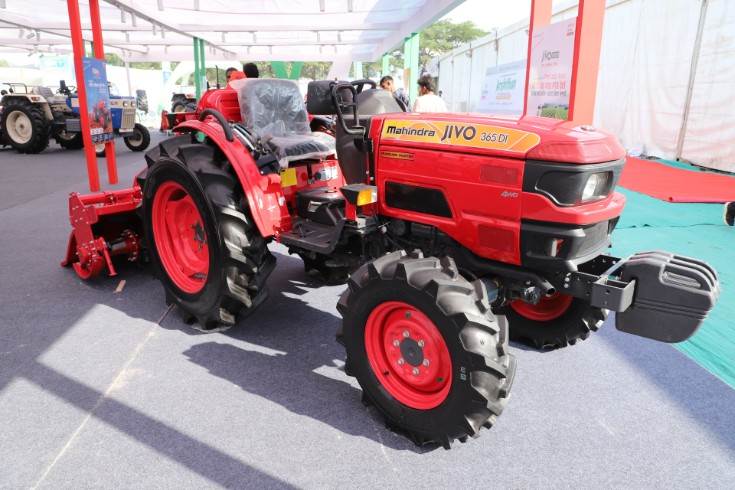 India-made tractors have made significant inroads in tough global markets.

How has the Indian tractor market progressed over the years and what will be the likely fall out of deferment of emission norms on the industry?
One of the prime consequences of emission norms extension is that it has saved the tractor industry from becoming prisoners of chip shortage. Switching to new norms will increase the electronic chip content in the tractors above 50hp. Since, it will apply only to vehicles with engine capacity higher than 50hp, it will impact around seven percent of the overall industry volumes.

If TREM-IV had come as originally planned, we would have really struggled as an industry to feed the tractors to the farmers in view of severe global shortage of semiconductors. These days agro machines are packed with a lot of new features and updates.

Some of the features which were non-existent a few years back have now become mainstream. For example, fourwheel drive, dual clutch, Slipto, auxiliary valves, multi speed, Power Take Off (PTO) among others. These are some features which are very important for the application suitability of the tractor and lead to better productivity and ease for farmers. Once the machine becomes better for application and usage, it always creates a demand. We are proud of the fact that we are not only the largest industry globally but double the size of the China market, which is second largest globally and triple the size of the US market.

Are we doing equally well on the exports front as an industry?
I’ll first answer this from the Mahindra & Mahindra (M&M) perspective. In FY21, our company exported 12,500 units. Last year, our exports grew 66 percent at 17,600 units and this year, we are expecting 10 percent growth over last year’s exports. Sri Lanka has been a big market for us which, for the reasons known to everyone, is not firing this year, plus there is some tightening of forex in some other neighbouring countries as well.

We have opened up many more geographies across the world. In US, we sell around 20,000 tractors every year. Similarly in Turkey we are the fourth largest player and our market share has doubled in the last two years in Brazil. We used to be 3.5 percent players and last quarter it jumped to 7.2 percent in our addressable segment. As a company, we have a very strong presence in USA, Japan, Turkey, Brazil, Finland, Africa, Sri Lanka, Nepal and Bangladesh. In fact, the overall industry has performed better.

As per my estimates, exports will be close to 1,30,000 units in FY23. That means as an industry we will cross one million tractors for the first time this year. We have well established Mahindra brand in many geographies across the World. Our quality, application orientation and pricing are well established and I think “Made in India” has made its brand for tractors up to 100hp.

What role has the government played in taking the industry to such a height?
Private and public are working closely together to make tractor industry globally competitive. For selling a tractor under subsidy, the OEMs are required to take certification from Central Farm Machinery Training and Testing Institute (CFMTTI), Budni, which used to take 9 to 10 months for the whole process to complete.

This was an industry wide concern and we requested agri secretary Manoj Ahuja to look into this matter. He listened to the concerns of the industry very patiently and in the month of July 22, the Ministry of Agriculture and Farmers Welfare set up a joint committee between Budhni and TMA that worked closely together and reduced the time limit for the testing process of tractors from 10 months to just 75 working days. In order to implement the new, effective and speedy testing process of the tractor, the number of tests has also been cut down from 18 to only four critical tests and cost of testing has been reduced by 50 percent. This is the very major reform by Agri ministry as eight or nine percent of the industry is based on subsidy to farmers.

How will the dynamics change with TREM-V which will be applicable for a sizable part of the industry?
TREM-IV impacts only seven percent of the industry and the price increase is likely to be in the range of about Rs 70,000 to Rs 90,000 depending on the model and horsepower rating. The buyers of these high powered tractors are farmers who are well-off and require specialized application suitability in their tractors and they will be able to afford the price hike.

Simply put, this is a very manageable transition and the industry is wholly supportive of moving to TREM-IV norms from January 1, 2023. In technical terms, TREM IV involves CRDi with Diesel oxidation catalyst (DOC), whereas, if we move to TREM V, in addition to CRDi-DOC we will also need to use a DPF (diesel particulate filter). Now managing a DPF is a very complex and expensive technology and unsuited for agri applications. Even if the broad technology is available, its service and repair in every nook and corner of the country is a big challenge. Second challenge is the cost which will go up substantially and this will not only impact the rich farmer but even small and marginalised farmers, who use smaller tractors from 25hp onwards.

About 88 percent of the market, which comprises of 25 to 50hp segment, will make a direct jump from TREM IIIA to TREM V and in totality about 95 percent of the industry will come under TREM V regime. The total price impact for lower horsepower segment tractors will be 40-50 percent which will make it prohibitively expensive for our small and marginalised farmers and directly impact food security of the country.

It will be very difficult to pass on such a high magnitude of cost increase and thus will be a huge challenge for the tractor industry. What worries the industry is this will be highly detrimental to the growth of the industry as 86 percent of the farmers in our country are small and marginalised and these TREM V norms will take tractors out of their reach.

TMA has given our representations to the Ministry of Agriculture and also to the Ministry of Road Transport & Highways (nodal agency for making changes in emission norms) to look into this matter and advise a way forward to the industry which is in best interest of our farmers and industry.

How is the farm implements market responding to the new emission regulations?
We need to understand the fact that India is very well tractorised, but not yet largely mechanised because of small farm sizes. We are the second largest paddy producers in the world yet our penetration of rice transplanting machines is negligible.

This is clearly one category where we have huge headroom for growth. Globally, the implement industry is equal to the tractor industry, whereas in India the tractor industry is six times the size of the implement industry. In M&M, we expect to grow our farm implements business by 10 times in the next five years as there is enough scope of growth, which can help both in increasing productivity of the farm land and reducing the drudgery of the farmers.

This interview was first published in Autocar Professional's December 15, 2022 issue.