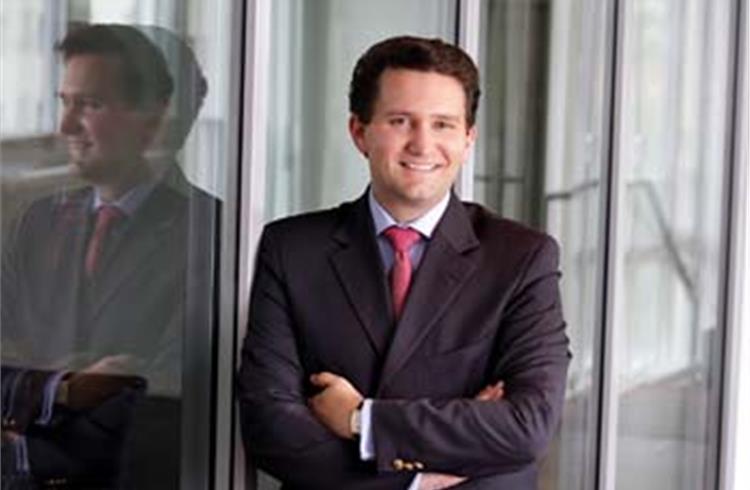 How do you view the growth prospects for the Indian market in the medium and longer term? What factors will drive its growth?
Well, let’s start with the medium and long term and keep the short term for the moment a little bit aside. I think my strong belief is that if we take a time horizon of 2015 and beyond, India is bound to be either the third or second largest market in the BRIC countries. It will definitely be bigger than Brazil. The question is whether Russia’s downturn, which we’re seeing will hamper further growth. But India will definitely be either number two or number three. The growth in India is due to three main reasons. The first is the overall increase in the wealth of the Indian population, which is being catered to with the entry of several players like Volkswagen, Renault, Toyota and so on. The second driver is what I would call ‘breaking the paradigm’ with the famous one-lakh car the Tata Nano, which is perfect for the Indian market. The third driver is indirect and is that a lot of automotive players both on the supplier side and OEM side are about to enter India and discover advantages related to its lower labour costs.

What are the big challenges you see, in the shorter term?
The challenge I see in the short term is definitely one which is directly linked to the economic crisis. India is definitely a market where buying cars is heavily financed, with around 70 to 75 percent being financed. This is very different from China, where we are still around 30 percent and people still buy cars with cash. So if you have a market that is heavily dependent on financing and you’re in a situation where financing gets tougher, it’s pretty obvious that things will get difficult.

When and how should companies localise their production?
Well, as you know, I have been talking to dozens of companies and analysing their patterns of localisation. My view is that there are several stages in which you need to carry out localisation. It’s mainly driven by volume of course, and also the role that India will be playing in the overall strategy of that particular company. Localisation normally starts the moment a company decides to use India as a sourcing base. Then I think you need to set up a serious international purchasing office. That ensures you can really leverage what the Indian suppliers are offering. Or you can use India as a manufacturing base as Hyundai does, for example. From my perspective, localisation is always needed when you make the decision either to use the local supply base or use the local infrastructure to make your business model work. Of course these are directly related to the volume you want to sell in India. A good example is the Volkswagen Group which was running the Skoda factory in Aurangabad for about 10 years with about 10,000 or 12,000 units per annum. This was not very localised and it was mainly a CKD operation. Now it wants to move up to 100,000 units per annum with the new Polo from 2010. This is the moment when it needs to localise manufacturing, as well as localising the supply base.

What are the big challenges facing the Indian supplier industry?
The first one is the lack of skilled staff. It’s extremely difficult in India, especially with the attractiveness of the IT sector, to get well-educated young people with either an operations or engineering background into a medium sized Indian supplier, both salary-wise and location-wise. The second I think is a challenge for all emerging market suppliers. They need to learn how to adapt to the project management, the production readiness approach of large western OEMs, which is extremely challenging. Thirdly, they need to find the right balance on automation because if it becomes too much, then that erodes the labour cost advantage.