BASF Asia Pacific's colour designer Chiharu Matsuhara, like a number of women worldwide, is driving change in the automotive world. An exclusive interview with Amit Panday. 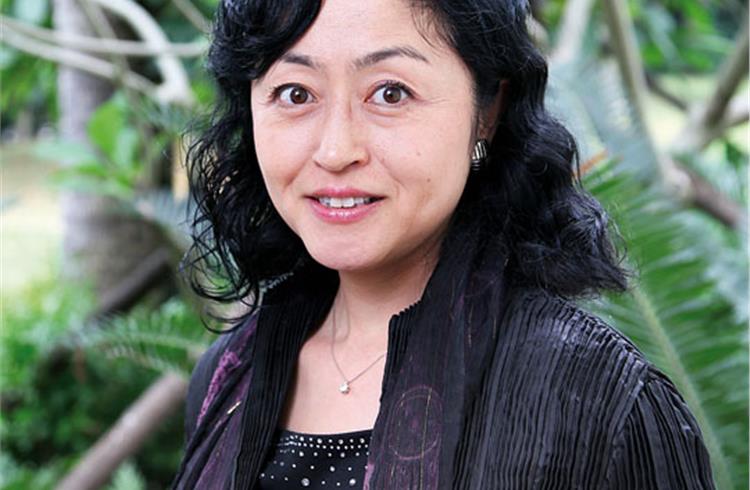 What role do women play in the transformation of automotive colour trends?
In growing countries in Asia Pacific, the more women work in higher positions, the more they buy cars for their own use. Their disposable income becomes higher, they become busier and drive to work more. This reflects in the preference for cars, and not only in their colours but also the designs.Women have wider tastes in colour shades and tones for their cars’ colours than men have, and enjoy it. They also enjoy the process of selecting colours when they buy their cars. Some women even consider the colours of their fashion (clothes) when selecting motorcycle colours.
Which market in Asia Pacific is most vibrant in terms of bright colours used in two/four-wheelers?
For two-wheelers, Thailand has many colour shades, including bright colours. Men also ride colorful models.As for four-wheelers, in fact a high volume in all countries of Asia Pacific is neutral colour (such as White, Black, Silver and Grey). Neutral colour (achromatic colour is higher than 70 percent. We see bright and strong colours in China, and many color variations in Japan in chromatic colour (chroma colours are the opposite of neutral colours).
Can sober colours such as grey, brown or silver gain prominence among females in the coming times? What role do the effects (chroma, sparkle, matt, and gloss) play in human preferences?
Although not all women buy feminine colours, generally more females than males think colour is important. And women reflect their tastes in the colour of their cars. So we expect to see increasingly more female drivers and more colour shades and tones appearing in cars.About tones and effects — for example, we compare a vivid solid red and a dark pearl red. A vivid solid red gives a very sporty and active image. On the other hand, a dark pearl red has an elegant and luxurious image. The effect is a very important element in colour appearance.For instance, conventional silver has a sporty and sharp image while sparkle silver has a much stronger sporty image with a premium feel by its high reflection.The matt effect gives a heavier image visually, and its touch is also different from that of gloss effect. These emotional feelings appeal to the human senses.The relationship between colour effects and car shape is important. Colour effect should be carefully selected to match the car shape. For example, the boxy-style with clean shade colours looks beautiful. The round-style cars with high reflection colours emphasiases the dimensional body lines.The ‘right’ colour tone and effect make the car body much more attractive to consumers.
If we split the preference of women on the road between bright colours, sober colours and neutral colours, what order will it follow? Please give examples.
Actually, there is not much women-specific preference for these colours. It is almost the same as popularity of car colours in India in general. I think neutral colours are No. 1, sober colours No. 2 and bright colours No. 3, as the volume order. But I would like to point out that some women want to have colours of their personal taste — not just bright colours, but the colours they like and feel comfortable for their cars. They select carefully because women in general have high interests in colours, are more sensitive to colours and they simply enjoy colours.
When we talk about colour trends, what other markets in the Asia Pacific region are similar to India?
The volume colour is neutral in all countries. Basically White is high volume in Asia Pacific. It has a good image such as pure, clean and noble.And for volume colours, White and Silver are high in India. This is the unique point about India. One of the reasons is the hot weather. These are high solar-reflective colours.In achromatic colours, Champaign Beige to Gold are popular in India.
Is the premium finish (matt finish, extra gloss, sparkle finish and other effects) more popular among the women than men? If so, why?
I can say a variety of premium finish will be emerging more in the future. And in growing markets, the range of car segments (saloon, compact minivan or sports) will be wider, and at the same time the colours and the effects will have more variation.For both men and women, it will be demanded in the near future.
Are people more liberal with experimenting new colours on two-wheelers as compared to four- wheelers?
Yes. That's because two-wheelers are more reasonably priced than four-wheelers and have more daily and personal use in India. 'Women have wider tastes in colour shades and tones for their cars’ colours than men have, and enjoy it. They also enjoy the process of selecting colours when they buy their cars.'