India is not only emerging as a key market for Daimler's cars and CVs but also as an important R&D hub to support its global operations. The MD and CEO of Mercedes-Benz Research and Development India shares the highlights of his Centre's activities with Sumantra Barooah 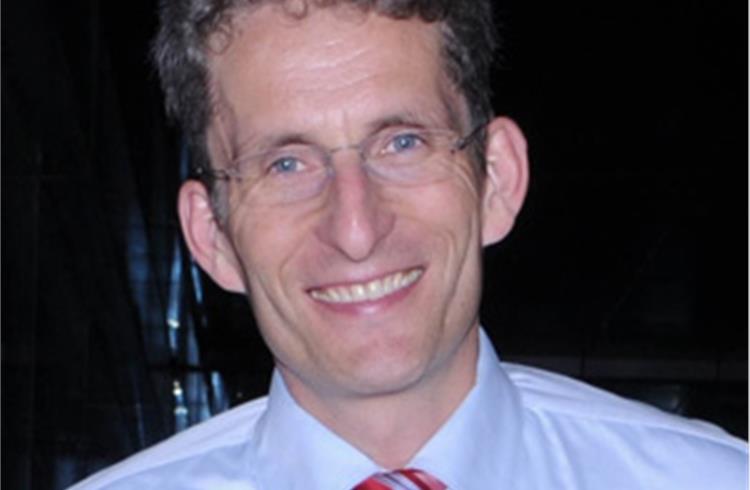 When was Mercedes-Benz R&D India set up? What are the key areas where this Centre contributes to?
Mercedes-Benz R&D India (MBRDI)was founded in 1996 as a captive unit to support Daimler Research and Product Development. It is headquartered in Bangalore, where 90 percent of its workforce is located, and operates one satellite office out of Pune. In Bangalore, the focus is on computer aided design and engineering (CAD and CAE), embedded systems and telematics as well as engineering IT tools. In Pune, where the office is located at the Mercedes-Benz India production facility, MBRDI specialises in interior and exterior component design taking advantage of the proximity of local suppliers.An exciting new technology developed by MBRDI in collaboration with the company’s German R&D organisation is its Human Body Modelling (HBM) system. This computerised model is capable of taking into account everything from biomechanics and the physical properties of human tissues to accident statistics and the physics of the crash situation. It allows the company to greatly enhance the safety of its products by simulating every conceivable combination of accident factors.

Did the India R&D Centre contribute to developing the MFA platform?
MBRDI contributed in development of interior and exterior components for the NGCC – New Generation Compact Cars of Mercedes-Benz. To name a few examples: seats, complete trunk area and cockpit.

How many engineers does the R&D Centre have? How much has it grown over the years?
The Centre has been active in the country since 1996. It started with around 10 employees and there are over 800 as of today.

Does the Centre also contribute to developing alternate propulsion technologies like hydrogen and electric vehicles?
MBRDI contributes to alternate powertrain development with support in the areas of simulations and calculations. We also do a lot of data analysis from the field in order to come up with algorithms to predict component ageing.

Does the Centre provide any input in localising Mercedes-Benz models for India?
Being an arm of the global Daimler Research organisation, much of our projects pertain to overall Daimler R&D requirements. At the same time, MBRDI continues to support local operations as and when required. MBRDI’s Pune team ensures better understanding of the production and technical environment as also to envisage optimisation and technology innovation possibilities. We thus work closely with the business units in respective countries and India is a strong example of such synergy.

Does the R&D centre also cater to the commercial vehicle division?
MBRDI has established itself as a valuable partner in R&D to all Daimler business units and brands worldwide. The establishment of MBRDI is in line with the Daimler Group’s ambition to attract the world’s best engineering talent, irrespective of their age, gender or country of origin.MBRDI extensively supports the commercial vehicle division of Daimler including Mercedes-Benz Trucks, Germany for Actros and Atego, DTNA for Freightliner trucks and MFTBC for the Super Great and Canter vehicles as well as Van divisions.

If that is so, can you explain what role MBRDI played in establishing Daimler India Commercial Vehicles?
As mentioned earlier, MBRDI extensively supports Daimler’s Commercial Vehicle Division with its large portfolio of established brands in various aspects of product development and research. As BharatBenz has just recently been introduced to the Indian market as a new Daimler brand, we are looking forward to supporting DICV in areas of mutual interest in the future.

How many R&D centres does Daimler have globally? What are the key strengths of the India Centre?
Daimler currently has 16 R&D facilities worldwide. The key strength of our centre is our competent workforce, that is young, talented and scalable, that foster creativity and innovations. India adds to Daimler’s diversity management which engenders new and fresh approaches to problem solving and is a pre-requisite for success. We take pride in being Daimler’s largest R&D centre outside Germany.