The Tata Strategic Management Group’s Practice Head – Auto and Engineering speaks to us about the factors that are influencing growth in the auto industry in India. 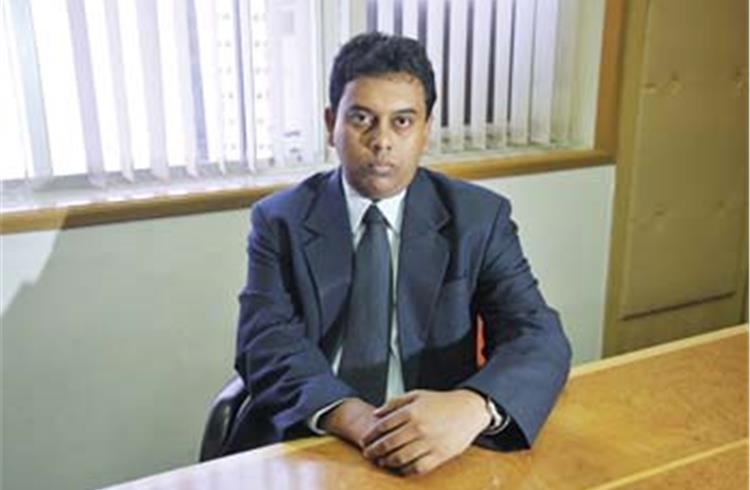 What is your growth outlook for the Indian automotive industry for this fiscal and what trends do you foresee?
The outlook for growth of around five percent in the automotive sector given by various industry bodies is pretty conservative. I think this number could be much bigger. But it all depends on how the banking sector supports the auto industry and how quickly and freely credit flows through the system. However, that can get affected by other factors like government borrowings which would then determine what funds are available to be loaned out. So bankers would prefer to lend to the government simply because of the greater certainty involved in that transaction compared to a car loan. I think the government will increase its borrowings in order to increase investments in infrastructure, particularly since it is fund- starved at the moment and is still in deficit financing mode.

How will this impact auto sector growth this year?
We are doing a study to understand the latest trends in financing and what impact these changes will have. The main reason for the boom in demand for vehicles has been credit availability, which everyone acknowledges. We are looking to understand to what extent this credit availability has driven growth and how the lack of credit will impact on long term growth. Another aspect, which is not purely about economics, is the behaviour of the buyer. This is influenced by the overall market scenario, results being reported by companies, bonuses being paid, increments, job stability, salary levels, job cuts and so on. All these affect the buying cycle for cars. Let’s assume that Indian buyers traditionally replace their cars every 30,000km or about every three to five years. If buyers feel that they are uncertain about their jobs or income levels, then they would rather hold onto that car for longer periods. Buyers in newer industries like retail and information technology have driven consumption of cars in the past few years. In fact when you take a company like Honda for example, many of their buyers are younger, urban consumers who work in these growing areas of the economy. If these service sectors are going to see a dip in growth, then this would affect the demand for cars. Overall, if you look at the numbers for the last year, it was not as bad as people think. Also, consider the fact that input costs have gone down and even taxes on vehicles were cut in the last Budget. Another bright spot has been the exports of cars which have increased strongly in the last year and these are usually more profitable than domestic sales.

What are the prospects for the Indian commercial vehicle market?
The availability of credit is even more important in the truck market and the lack of credit has impacted truck sales badly. Also, freight availability has dropped due to the decline in economic activity and this is something that will take time to recover. Another important factor is competition from substitutes like the Railways for example. A shipper is only interested in the lowest cost from point A to point B. If the Railways’ per tonne kilometre is cheaper as compared to the best of the truck models, then shippers will choose the railways. Also, if the railways have spare capacity and can improve on their service, then they can pose a threat to the truck sector particularly in the heavier 49-tonne tractor trailer segment of the market.There is also a structural shift in the truck market with sales of light and heavy trucks increasing and those of medium trucks declining, as we move to the hub-and-spoke transport model. As for the economic recovery, it will vary from sector to sector and could range from three to 12 months.

How do you see interest rates for vehicle finance evolving?
Setting interest rates is a very complex exercise and there are many factors at play. Auto is not the only sector that needs access to credit. The Reserve Bank is also doing what it can, but the banks still have to take their own call, based on their perception of Non-Performing Assets and the current market scenario and I think they are doing a fair job. In the current scenario, the banks would rather go with someone who has a lower risk of default even if the returns are not as attractive.

What is your take on the trend towards low-cost cars like the Nano?
The big question is about how much Maruti can bring down the price of its own entry- level car, the Alto. I am sure they can bring down the price quite a bit even if they can’t go down to one lakh rupees. As for the emergence of low-cost cars, they will certainly bring in many more buyers into the market. The big question here is the credit availability for these buyers. Bookings for the Nano are very attractive and even if you discount up to 50 percent, saying that those will not convert to sales, they are still very good and much more than Tata can currently supply. This extra demand can be quite easily exploited by some other company that offers its own version of a low-cost car. For example, if Maruti were to actually bring in a stripped-down version of the Alto, which may be Rs 25,000 more than the Nano, then it would be a big success. Hopefully, cars like this will prompt the government to finally do something to improve the infrastructure within the country.

Do you feel that the time is right for Indian auto companies to acquire their foreign counterparts?
We need to look at this more as an opportunity rather than a trend. If the acquisition makes sense as part of the long term vision of the company management, then by all means you should proceed on this path. If buying a foreign company can give an Indian manufacturer the edge in future technologies like hybrid vehicles and their battery systems, then this would make a lot of sense. If the trend for the future is low cost and lightweight vehicles, then what sense does it make to acquire a brand like Hummer, which is currently up for sale? On the other hand, some companies may have potential customers who want big and prestigious vehicles, in which case they could offer a mix of light and heavy vehicles. I think every company has to take its own decision based on what is right for that company in the medium and long term. As for the acquisition of Jaguar Land Rover by Tata Motors, the company clearly has a plan for them and faith in the management of JLR.

How do you view the trend towards doing R&D in India for domestic and global vehicle models?
Look at companies outside the automotive space but in industries which are relevant, like General Electric, Nokia and DuPont. GE has two knowledge centres — one in the US and another in Bangalore — which research the technologies of the future. If they find that our engineers are capable of handling such advanced research, this bodes well for automotive R&D in the country. For example, many of the skills and processes being utilised at GE in Bangalore for developing aircraft engines are applicable of being adapted for use in the automotive space as well. So this is an area that will only grow in the future.