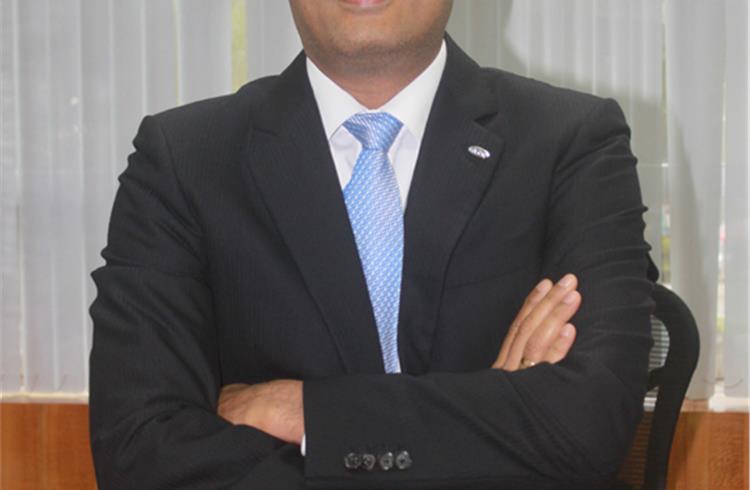 What was the logic behind the integration with Halla Climate Control?
Even though we were two separate entities, with Visteon holding 70 percent of Halla Climate Control, we were working as one climate group, heavily managed out of the US. With the business shifting to Asia, we wanted to further enhance the synergies, so we brought it under a single, strong management team that is headquartered in Asia.

What does this integration mean for India as a market?
Coming together as HVCC will mean that we have a lot more focus on that part of the business. India plants have been receiving support from Korea. So this integration brings in a lot more steam, a lot more energy. It’s very positive for our climate business in India. We are investing in a climate control facility in Gujarat. It will become operational by the end of 2014-start of 2015, somewhere around the time when Ford India and other customers will begin operations there. It will be a fully integrated climate facility with a full range of our products. It is too early to talk about the capacity there.

Given how HVCC will now be concentrating on less matured markets, when compared to the US and Europe, would you have the first-mover advantage? Or does this present an entirely new challenge in terms of product development?
It will be a combination of both. It’s an opportunity for India to avoid some of the mistakes that other markets had done. For example, we might skip a couple of steps in fuel efficiency and go for higher efficiency cars, given how we started off with more efficient cars any way. We may be in the sidelines of the electric vehicles movement and then jump into it in a big way. Some of the OEMs are introducing solutions to see some real value to the market. For example, we are supplying EGR coolers for diesel engines, other AC technologies like internal heat exchange, which Ford has introduced in the market here. Come 2017, you have the alternate refrigerant norms coming up in Europe, where refrigerants with a global warming potential of higher than 150 on the scale will not be allowed, so the OEMs are working on CO2 as a refrigerant. We already have these technologies. Maybe five years from then, it’ll be here in India too.

Would making your products India-specific mean only reducing costs?
Technology is driving cost reduction. Some of the technology we have developed in India with specific Indian applications have actually then found their way into other premium markets as well.

How does your India infrastructure help in the adaptation of this technology?
We have a major centre in Korea. There’s a lot of benchmarking that happens here. There’s no core engineering right now in India, but a lot of application and understanding in the market. The R&D centre in Bhiwadi does a lot in powertrain cooling solutions. We’re not trying to develop new products in India because Korea isn’t far away. Korea understands us; earlier it was difficult for Germany and US to relate to that. The basic blocks of designs come either from Korea or US or Germany, depending on the product. KARTHIK H