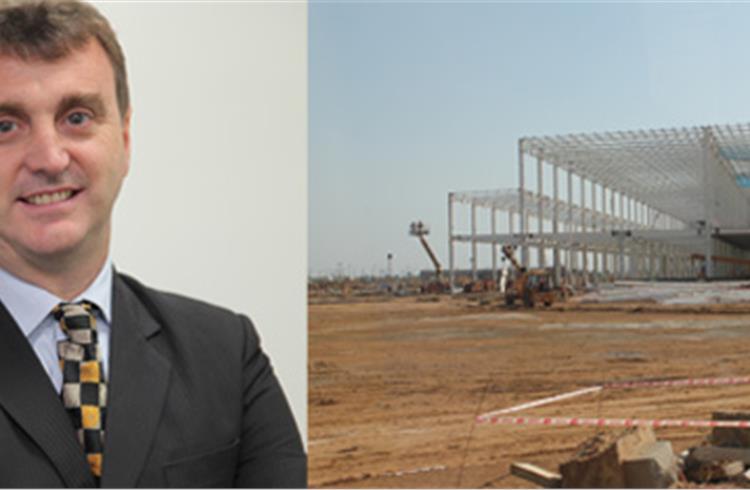 What is the status of Ford India’s upcoming plant in Sanand?
Plans for the Sanand plant are on track. We broke ground for the facility in September 2011 and laid the foundation in March 2012. The $1 billion (Rs 5,613 crore) integrated manufacturing facility will have an initial capacity of 240,000 cars and 270,000 engines. At present, over 5,000 workers from our contractors – L&T, VNC, ShapoorjiPallonji and Kajima India – overall construction managers for the plant, are working. Safety has been the topmost priority at all our construction sites globally and at Sanand, we’ve had more than 12 million work hours with zero reportable injury. We have drawn the best from our various plants to design this facility. It is a no-compromise global standard facility. We have completed nearly a third of the construction work. The steel structure for the press shop, where the steel coils will be stamped and cut into panels for various body parts, the paint-shop and engine plant are up.

How many suppliers have confirmed their participation in Ford’s vendor park? How many have started construction?
About 19 of our vendors have already been allotted land at the upcoming vendor area adjacent to our facility at Sanand. The state government has earmarked around 200 acres of land for Ford’s vendors. We’re making sure we have room for our supplier partners to set up shop, grow, and develop in close proximity to our new facilities.

Since the EcoSport SUV’s EcoBoost engine is also likely to be made at Sanand, what is the readiness for it and how much capacity will be used for it?
While we will initially import the 1.0-litre EcoBoost from Europe, our powertrain facility in Chennai has a flexible assembly line and our upcoming Sanand plant will also have the same. The flexible assembly line is capable of delivering engines as per the market demand. We will be future ready to meet the customer needs. Our annual production capacity in Chennai for both diesel and petrol engines is 340,000 units while the manufacturing facility at Sanand will have an initial capacity of 270,000 engines. But by end-2013 all construction work will be completed and the Sanand facility will be operational in 2014.

How will Ford leverage the Mundra Port and to which markets?
We are assessing how we will use Mundra and Pipavav ports, though we have not yet taken a concrete decision yet. It is a very attractive and modern port and handles quite a lot of container shipments and is very capable of handling vehicles. We will definitely consider Mundra and would like to put our coastal bridge once we select our north-western port. We are likely to export from Sanand to similar markets as we do from Chennai and will grow as products are introduced and as per market demand.