‘Yamaha has created the fashion scooter category in India with the Fascino and we'd like to stay the leader in it.’ 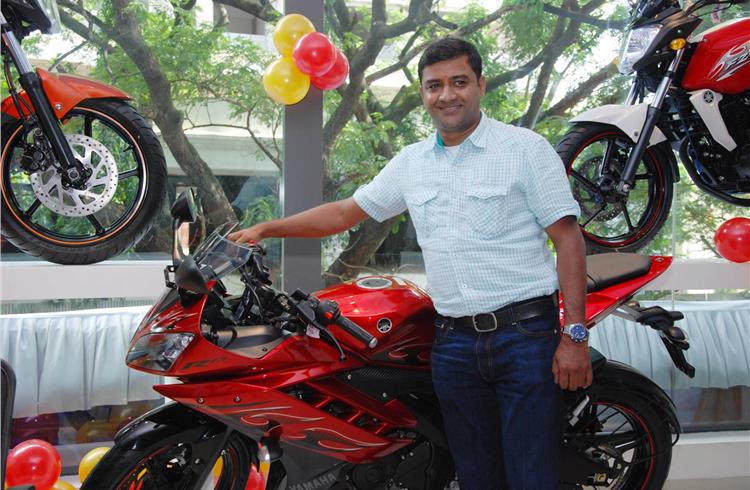 India Yamaha Motor, which has sold 591,376 units in the current fiscal year (+12.95%), is gunning for a bigger slice of the market, both in scooters and motorcycles. Roy Kurian, vice-president (Sales and Marketing), Yamaha Motor India Sales, reveals the game-plan to Amit Panday.

How do you evaluate the response to the YZF-R3 from the domestic market? You had announced earlier that you aim to sell close to 2,000 units in the first year of sales.

The post-launch response to the R3 is good. We have sold more than 600 units of this model (in 5-6 months). We will try to push it through the various digital marketing platforms because I think for this class of customers, awareness is not an issue.

Earlier buyers who were not interested in buying a sportsbike had no choice but to give up to the existing options in the market. Now people have multiple choices. For example, a boy who likes sportsbikes and is into racing will ultimately buy the Yamaha R3. For him a streetbike would mean nothing.

As regards the R3, potential buyers are riding it on a regular basis, realising how good it is and then spreading the information word of mouth. The same thing happened with the YZF-R15, which transformed the entry level sportsbike segment in India when Yamaha had rolled it out in 2003. I recall the days when we used to have 5,000-6,000 bookings in the months after its launch and there was a long waiting period across dealerships for this model. Sales eventually settled down. We never really promoted the R15s and even today around 3,000 units are sold every month.

So you plan to continue to stick to sales of 2,000 units for the first year for the R3?

For the first year, it might land up selling 1,500 units but will pick up later. The R series is a legacy and we don’t have to talk about it to promote it. Riding enthusiasts who love racing are aware of the products and the brand. I really understood the R3 when I rode it from Chennai to Kochi via Bangalore, which was close to 900 kilometres. The stretch has good roads and that was the time I realised how it responds and the kind of control it offers to the rider with its lightweight and nimble handling. I am sure that customers who buy this bike will not only ride for a few kilometres but will ride it for long distances as well.

Are you working towards the localisation of the R3?

Not yet. But we will be thinking about it once it starts justifying with decent volumes.

If you bring the MT-09 via CKD route, its price (Rs 10.2 lakh ex-showroom, Delhi) will come down by over Rs 3 lakh, and at that price it has the potential to overpower its competition. What is your outlook on this?

We see that there is a demand for such a product in the market and we have brought it via the CBU route. We are not talking about the CKD process because we have to apply for several mandates and that consumes a lot of time. It’s a government procedure that is required to be followed if you want to assemble big bikes here and I won’t be able to comment further on what stage we are in.

Yamaha’s 5-year plan outlines India as one of the key markets for growth through volumes, which is not possible without focussing on the scooter and commuter bike segments. The Fascino scooter did very well for Yamaha and it is now the bestselling model for the company. However, sales of Ray, Ray Z and Alpha have dropped sharply. Does this bother you?

The Ray scooter models continue to fetch stable sales for us. For November-December 2015, the floods in Chennai affected our suppliers in the vendor park and we had a supply constraint across all models. 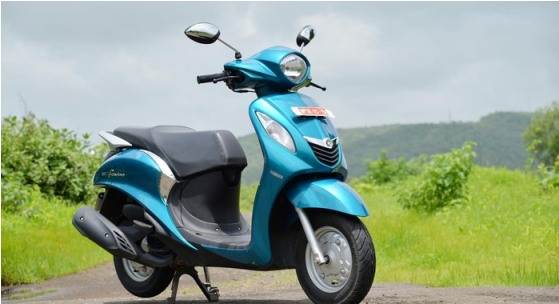 A personalised scooter, on the other hand, means that either it will be used by the boy or the girl in the family. That’s where the Ray and Ray Z come. The Alpha is for the family segment. We are very new in this space. It needs to be understood that if a buyer is looking for a me-too product, then he will buy a scooter model that is already a proven option. That’s why we created a sub-segment within scooters in the form of a fashion zone – with the Fascino. It is the most stylish scooter today in its price segment and comes in vibrant colours (that its rivals do not offer). It is a head-turner and buyers love it.

Are you looking at bringing any refreshed variants or special editions of the Fascino model sometime soon?

Not right now. It is not required. What happens is that there always is an early mover’s advantage. When you create a segment / sub-segment, you continue to drive it. We have created this fashion scooter category and we would like to stay the leaders in this.

What kind of boost, in your total scooter sales, are you expecting from the new Cygnus Ray-ZR? While this model is for male buyers, the Ray Z is also focussed on the same set of buyers.

When we had launched the Ray Z, it was positioned as the scooter for young boys. However, the stylish features and design cues attracted a number of female buyers; many even upgraded from the Ray to the Ray Z. Almost 70 percent of the Ray Z model is now bought by the female buyers. That’s what made us realise the need for a focussed scooter model for boys. So the Ray Z is now positioned as a unisex scooter model. Hence, the Ray ZR is designed for boys. We are expecting to sell the Ray ZR in the range of 10,000 units per month, which will add on to the average sales of 8,000 units of the Ray Z.

So will Yamaha now discontinue the Ray model?

Yes, the Ray will be discontinued and we will have the Ray Z and Ray ZR.

While the scooter portfolio is now dominating the overall sales for Yamaha, the sales of 150cc and 110cc motorcycle segment has fallen sharply. What is the strategy to boost these two categories in the near and medium term?

In the 150cc motorcycle segment we have two variants – FZ and SZ Series. So we have positioned the SZ as the commuter deluxe motorcycles below the FZ Series. I believe that the product is good but the buyers in this class are looking for all features within his budget. So they opt for the best option(s) in the market, and this is where the FZ Series sells and had achieved 20 percent market share also. 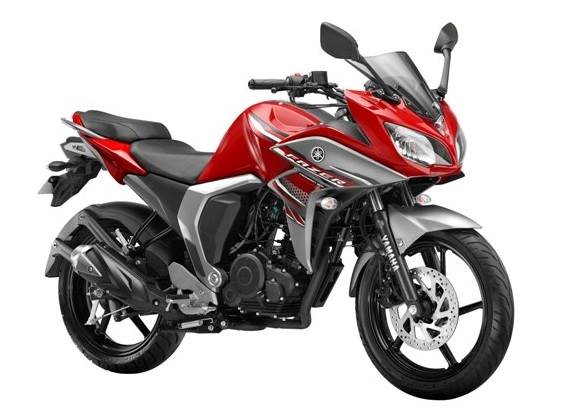 On the other hand, I see buyers directly migrating to the premium segment. So while this segment has remained stagnant, we have been able to maintain our sales at 18,000-20,000 units per month. [Yamaha’s total sales in the 150cc segment including FZ, SZ, Fazer and R15 stood at 24,768 units in January 2016, points out SIAM data]. So we are happy with this, and I do not think that we need another re-engineering in these products. Instead, what we need is another series. For example, we have just brought in the MT series via the launch of (3-cylinder, 847cc, 83bhp) the MT-09 as a CBU.

So the deluxe and the premium segments can be represented through the FZ-Series, R-Series and then the MT Series. I won’t be able to comment further in this context. However, all I can say is that we follow a top-down approach at Yamaha and that’s how we are thinking.

Are you content with the performance of your deluxe motorcycle portfolio?

I think our performance is good. That said, we cannot be content with it. At present, our distribution network is just one-fifth of the biggest two-wheeler manufacturer in India. If I say that we are selling close to 35,000 scooters through 1,500 outlets and one of the largest brands is selling 80,000 units through their vast spread of dealerships, then are we not performing better?

Where does Yamaha stand in terms of its network currently?
We have to increase our reach and are working towards that. It will take us some time to expand our reach to that level. We had around 400 dealerships in 2014, over 500 dealers in 2015 and we are looking to close 2016 with 650-700 dealerships. Additionally, we will set up sub-dealers to penetrate further into the territories. We will pick up pace in the 110cc commuter motorcycle segment on the back of our network penetration.

What kind of potential do you see for the MT Series in India?

I see a good potential for the MT Series in the premium segment, and that will leave a positive impact on this segment in the Indian market.