‘ASDC’s goal is to fill the skill gap and to make unemployable people employable.’

Veteran automobile dealer Nikunj Sanghi is the new president of the Automotive Skills Development Council. He speaks on the dire need to properly skill young India, of making people job-ready and ensuring a quest for excellence. 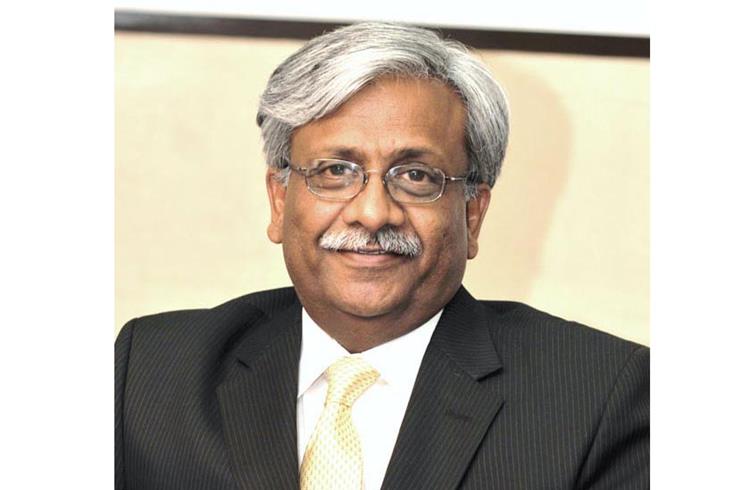 Veteran automobile dealer Nikunj Sanghi has been elected as the new president of the Automotive Skills Development Council (ASDC), the first sector skill council of India promoted by the automobile industry.

The Indian automotive industry, which accounts for 45 percent of the country’s manufacturing gross domestic product (GDP), 7.1  percent of the country’s GDP and employs about 19 million people both directly and indirectly. With the country billed to be the third largest auto market by the year 2020, the need for skilled personnel across the industry, from the shopfloor to the dealer level, is going to increase sharply.

Sanghi, who is also a director (International Affairs) of the Federation of Automobile Dealers Association (FADA), spoke to Autocar Professional's Mayank Dhingra recently about the dire need to properly skill young India, to make people job-ready and ensure they all are in a quest for excellence.

What challenges do you foresee after taking up this new role and what will be your immediate course of action?
ASDC has a huge number of certified people and we are proud of it. What we’re not proud of is the fact that how many of them have actually got employment in our industry. If I look at the aftersales training, we have a healthy number of students who have been certified but not many of them have been absorbed into the dealerships.

ASDC’s objective is to fill the skill gap and to make unemployable people employable. To fulfil this challenge, what I would like to do is to first interact with my own team and let them identify the gaps, define the goal themselves, and tell how we need to reach there.

I would like to first understand this trust deficit and finally bridge the gap. So, I think I would be spending a lot of time with people in the government who are behind this skill mission. This means not only interacting with just the skill ministry but also the Ministry of Heavy Industries, our parent governmental support, probably the PMO and and also the state governments as well. I strongly feel that state governments have a role to play to fill in that trust deficit.

After interacting with the government, I will finally interact with the industry and find out the reasons that why are they not able to exploit this wonderful opportunity, whether in manufacturing or aftersales. ASDC is an industry body, a child we gave birth to; now we need to make sure that he/she grows and supports us.

I know it is a huge challenge. It’s easier said than done and I am not even sure if I will be able to deliver what I dream to deliver in this new role.

You have just a year’s time as president. Don’t you think that the time is too short?
I would say that it is not about me. It is about the organisation and the system. I am absolutely sure that once we’ve set the path right, there’s no reason why the organisation will not deliver.

How many people has ASDC trained until now and what percentage of them have been successfully employed?
I don’t have concrete numbers as of now, but as far as sales and service is concerned, I am sure that not even 10 percent of the people trained so far have been employed directly in the automobile industry.

So, would you view all of this as being a sheer wastage of skills that even after a specific certification, people have to go and look for jobs in other fields?
My personal view of what has gone wrong is that the government kick-starts everything with financial incentives and the numbers come in because of that. In the skilling area, where the earlier government had a ‘Star Scheme’, the present one has the ‘Pradhan Mantri Kaushal Vikas Yojana’ (PMKVY) in place.

Now, in this, the government is giving a huge amount of money for training the students. Based on the certification, the fee is being reimbursed to the training institutes. But, in India, unfortunately, all these schemes are not judiciously used, but they are rather misused. A lot of fly-by-night operators have mushroomed across the 42 sector skill councils, so much so, that every corner in the country seems to have a skilling centre. But they are just not skilling. And, I feel all of us are collectively responsible for that.

However, skilling is the only way forward and this model will mature in some time. I disagree with a lot of skilling policies that are in place today, because I think people, who are doing the decision making, are not even realising what skilling is all about.

Skilling is about a person being job-ready and being productive from day one. It is not only generating employment, but delivering value for the employer. Skilling is not just about empowering the people who are skilled; it is giving them the confidence that they won’t be dependent on anybody to earn their daily bread. And, last but not the least, skilling is about excellence. If we look at a country like Germany, skilling a technician there involves an exhaustive 3-year course. In India, it hardly lasts 3 months.

What government budgets are earmarked towards skilling and is this the right way of doing it?
I think around Rs 10,000 crore is the amount allotted in the last financial Budget, just towards skill development in the 42 skill sectors. I feel that acquiring a skill can make a person see the light at the end of the tunnel, by virtue of which they can stand on their own feet and get a job. So, if that is the case, then people are willing to pay a reasonable sum out of their own pocket and not wait for government dolls.

Probably, budgets are the wrong way of doing it, because then, the people who are on the other side of the things, and are coming in to impart the skills, are just coming in for the money. I think that the government should simply stop holding hands.

If you consider technological changes including electrification, autonomous and digitalisation which are going to sweep the industry in the near future, will the skillset also need an overhaul?
The coming situation is going to be very dynamic, wherein if the industry and the overall environment are going to undergo drastic change, the skilling is going to be dynamic as well. But, the speed at which the change is happening is much faster than what we ever anticipated. And, that pace is only increasing.

I think the millennials will never be satisfied with the speed at which things are going. So, the entire environment is going to be very dynamic and apart from bringing in new people, who are specifically trained into new roles, there is also going to be a dire need to retrain the existing manpower, so as to not let them be out of jobs.

I think skilling continues to be the biggest challenge, and it would become a bigger challenge because of the pace of the change. But, at the same time, the right focus and the right process in place would let us conquer this challenge.