Horus Intellisys is a new venture, eyeing the area of driver assistance systems for application in the automotive space, both at the OE level as well as the aftermarket. 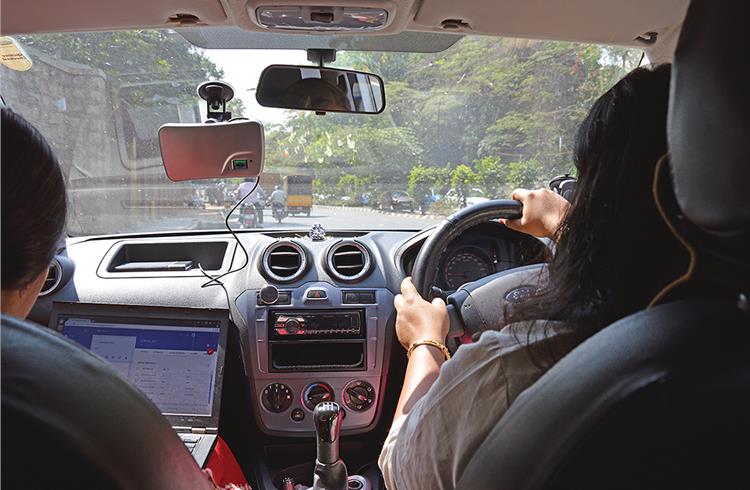 Bangalore-based startup develops collision avoidance system which can be integrated into both two-wheelers as well as four-wheelers and helps keep the driver/rider safe through alerts about events happening on the road, in real-time.

The cardinal rule of motoring is to be alert at all times, more so if you’re driving or riding on Indian roads where rude surprises abound. It could be the ubiquitous poorly skilled motorist, a road that leads to nowhere, or even a jaywalker immune to the real-world, plugged as he/she is to the latest music sensation through a smartphone.

Started in 2016, Bangalore-based Horus Intellisys is a new venture, eyeing the area of driver assistance systems for application in the automotive space, both at the OE level as well as the aftermarket.

The company, co-founded by Dwarkanath VP and Harish Nuggehalli in July 2016, aims to bring technology-intensive safety solutions to vehicles, which will help in easier adoption of these systems with their cost-effectiveness and aid the cause of road safety by leveraging contemporary technologies like computer vision and deep learning at the core. 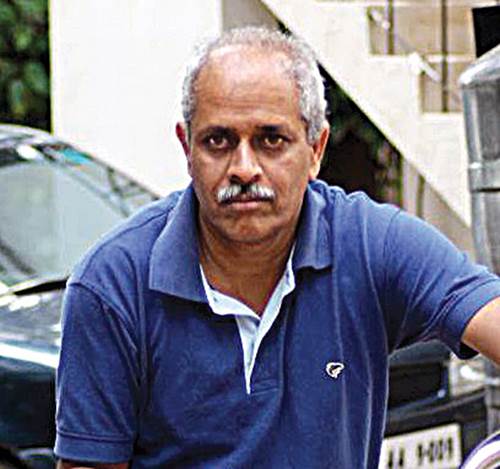 Horus Intellisys has developed a proprietary collision avoidance system, the Horus-I, which it says can be incorporated into a vehicle in a very short span of time, good enough to be installed at an OE’s assembly line or as an accessory fitment in the aftermarket, primarily being useful for fleet operators. The Horus-I can be integrated into both two-wheelers as well as four-wheelers and is aimed at keeping the driver or the rider safe and more informed by signalling alerts about the events happening on the road, in real-time.

The Horus-I comes in two forms – a custom hardware-based model which can be placed atop the dashboard of a passenger car or a commercial vehicle, and the other, an Android mobile application, which runs the company’s computer vision interface and makes the user’s mobile phone act as a scanning tool to monitor the physical environment around a vehicle. While the latter is a cost-efficient solution and a quick fix into any vehicle, be it a two-wheeler, passenger car or a cargo truck, the former is a little more advanced with its single or dual, 170deg vision cameras, radar, GPS, Lidar and ultrasound sensors, all combined into one unit.

The device consistently maps the surroundings of a vehicle and utilises multiple algorithms to analyse the generated data to bring it into a usable form. With its integrated visual and auditory alert mechanisms in the custom hardware version, the device then beams out cross-traffic alert signals to the driver, making him or her informed about the possible dangers lurking on the road. The system can signal a forward collision warning, rear collision warning, detect pedestrians and blind spots, and also identify traffic signals. 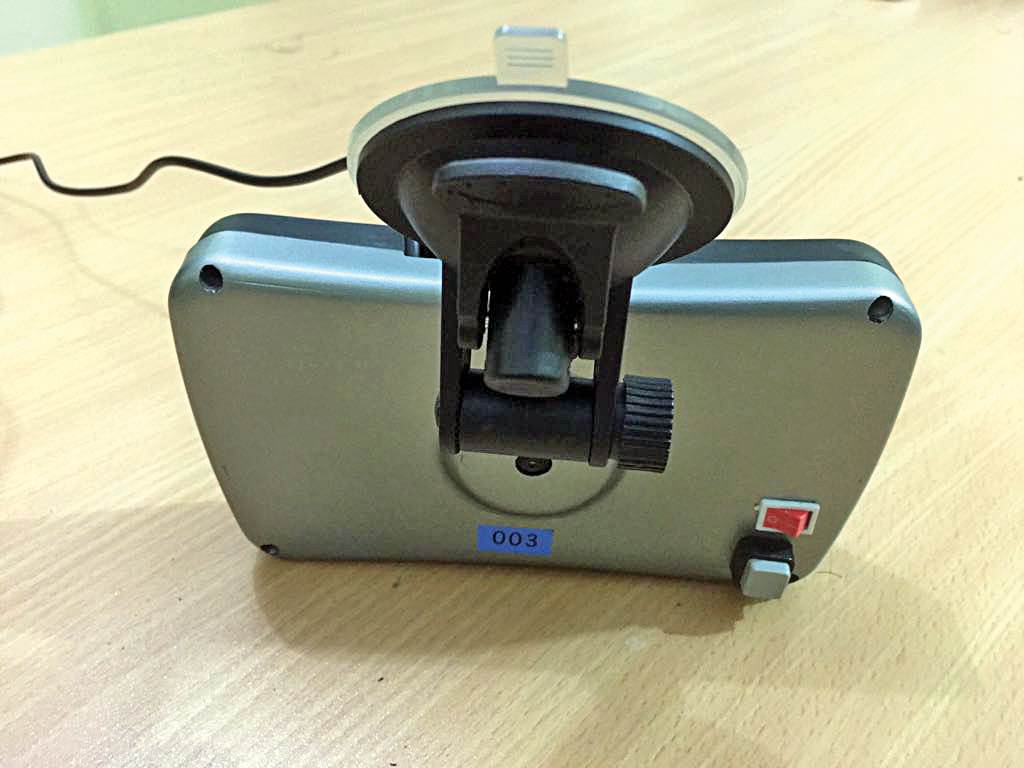 The rather compact device also offers head-up-display (HUD) features and with the pre-analysed data being simultaneously transmitted and immutably stored on the cloud, the system also offers telematics functions of vehicle-to-vehicle communication, by sharing situations of congestion and random events of road blockage to other vehicles on the road, thus, helping create a connected and safe mobility ecosystem.

While the direct applications of the system could come in the form of offering a fundamental platform for vehicle OEs to integrate a host of ADAS features like automatic emergency braking (AEB), which would work in conjunction with the information beamed from the Horus-I, the data stored over the cloud could also spawn a completely new business for insurance companies to offer usage-based premiums, and for fleet owners to track cases of business leakage in their cargo vehicles over long distance journeys.

While Horus Intellisys plans to sell the devices through automobile dealers and accessory distributors across the country, the company is also in talks with OEs including BharatBenz, TVS Motor Company as well as Tier 1 major Bosch, for making the technology an integral part of standard vehicle fitment from the factory.

On the insurance services side, it also plans to collaborate with national companies and be the technology provider for the usage-based insurance schemes, which rate drivers according to their driving behaviour by analysing the data from such connected systems and only then determine policy premiums, thus, promoting safer driving. 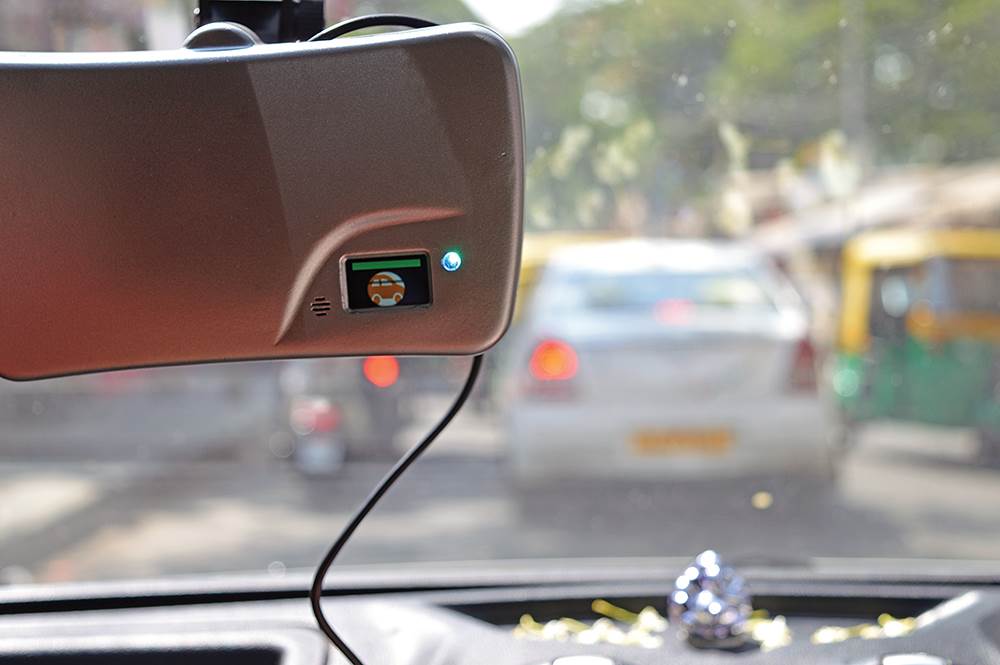 Horus-I claimed to be the only ADAS working on radar, video-based alerts, cloud connect, analytics and HUD.

With a net funding of US$ 100,000 (Rs 67 lakhs) received from angel investors and also being shortlisted as part of 250 most promising technology startups in Karnataka, under the state’s 'Startup Programme' in 2017, Horus Intellisys aims to launch its first product at the upcoming Rise conference to be held in Hong Kong, in the month of July. Apart from distributing locally, the company also aims to ship the Horus-I abroad. While the mobile application would come at an annual subscription price of US$ 15 (Rs 1012), the single-camera devices are going to be priced at Rs 15,000.

According to Dwarkanath vice-president and co-founder, Horus Intellisys, “We are targeting around 100,000 mobile application downloads and around 5,000-10,000 units of the devices in the first year of putting them on sale. Gradually, we see the numbers rising to a million app downloads and around 200,000 hardware pieces in the subsequent year.”

The company is primarily focusing on the software development side and as volumes grow in the future, it will be relying on outsourced vendors for its hardware needs once such safety systems gain good traction in the country.