Yamaha's new R&D Centre in Surajpur is working on a low-cost motorcycle both for India and the global market. Shobha Mathur reports on the two-wheeled 'Nano'. 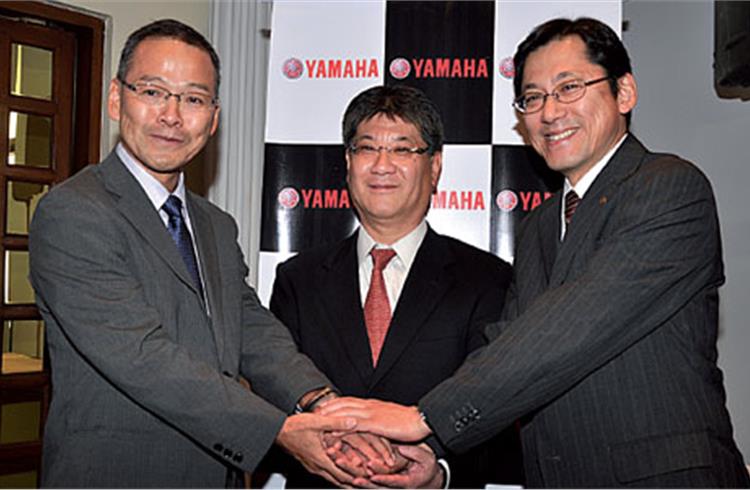 Yamaha's new R&D Centre in Surajpur is working on a low-cost motorcycle both for India and the global market. Shobha Mathur reports on the two-wheeled 'Nano'.

Unwilling to be left behind in the sprint for developing low-cost commuter bikes, Yamaha Motor Company is the latest manufacturer to rev up its gameplan for India. It has set up an all-new R&D centre at Surajpur, Uttar Pradesh, to drive new product development in India.

Yamaha Motor Research & Development India (YMRI) as it will be known, headed by managing director Toshikazu Kobayashi, will be Yamaha’s motorcycle R&D hub in India and will increase the company’s R&D manufacturing competitiveness in the country.

The big news is that YMRI has begun development work on a low-cost bike for India – which will cost less than Rs 40,000 – and will also consider this for the global market. This around-110cc commuter motorcycle will be pitted against the Honda Dream Yuga and Suzuki Hayate commuter bikes. Yamaha’s main development target of a US$ 500 (Rs 27,000) bike remains, says Hiroyuki Suzuki, CEO and MD of India Yamaha Motor, while being non-committal about whether the first low-cost bike would be the $500 one. Other commuter bikes would encompass the 110-125cc range.

At present, the company sells its lowest priced bike for $700 (Rs 38,200) in China. In India, its lowest priced bike is the 105.6cc Crux which sells for Rs 40,400 (ex-showroom Delhi). Yamaha is targeting exports of these low-cost models and will also be developing parts, both for the domestic and export markets. It has already begun exporting engine parts last year to Indonesia and some other Asian countries where engine parts are common. With low cost, fuel efficient two-wheelers being the weapon to draw big sales numbers in India, manufacturers are turning to R&D to develop new products. Earlier this year, Honda Motorcycle & Scooter India inaugurated its state-of-the-art Technical Centre at its Manesar facility. HMSI has already announced its plan to become the No. 1 two-wheeler player in India by 2015-16, riding on the back of its innovative products.

India cuts costs
Yamaha has invested Rs 2 crore in the R&D centre. Toshikazu Kobayashi, MD of YMRI, says development costs in India are almost half of that in Japan with a steep difference being in human resource skills for engineering. “The rapidly expanding motorcycle market in India with a shortening development time, reduced production costs by concurrent engineering near the market, low retail prices by competitors, customer tendency to change his vehicle often and high development costs for product development in Japan have necessitated a local R&D centre,” adds Suzuki.

Meanwhile, the function of the India Procurement Centre, set up last year, has been transferred and incorporated into YMRI which will now operate as an India Integrated Development Centre. It will be Yamaha’s second such unit, after the ASEAN Integrated Development Centre set up in Thailand last year. YMRI is also the fifth overseas R&D HQ for the Yamaha Motor Group. “The R&D company will help us to channelise effort in conceptualisation of new models and parts according to changing customer preferences, not only for the India market but also for exports,” says Kobayashi. He adds that cost-conscious export markets like Africa will also get the benefit of Yamaha’s low-cost bike. The new Integrated Development Centre will facilitate low-cost models by changing drawings and tailoring reforms in design, maintenance and production standards as well as optimising them to fit the Indian market.

South-side story
Meanwhile, Yamaha is also setting up another R&D Centre at Chennai which will become operational by 2015 and will develop low-cost scooters and some India-market models that are currently being developed in Japan. These will, like the low-cost bikes, also be priced below Rs 40,000.

With the targeted-at-women Yamaha Ray scooter getting a good market response and selling 60,000 units from September 2012, Yamaha is all set to launch one new scooter model every year till 2016, confirms Suzuki. This year a new scooter, based on the Ray platform and targeted at males or the family, will roll out. What’s amply clear is that Yamaha is very serious about growing its scooter portfolio. Though the upcoming 1.8 million units capacity Chennai plant goes on stream in January 2014, total production capacity from both plants will stand augmented to 2.8 million units by 2018. It will initially roll out scooters and part-scooter production from the Surajpur plant will be shifted there. The southern facility will also assemble engines for exports besides scooters and motorcycles.

Currently, IYM’s parts manufacturing unit at Faridabad produces engine and assembly parts while engines are assembled at Surajpur. The export markets for engines and bikes include Columbia, Indonesia and Philippines with a 150cc petrol engine also exported to Indonesia and recently to Japan. Export of Ray scooters will kick off this year.

Yamaha has been steadily increasing its presence in the 150cc bike segment where it holds a 16 percent share; it is targeting a 20 percent share by 2016. It is aiming for a similar 20 percent share of the scooter market in India by 2016, piggybacking on new model launches each year. In 2012, the motorcycle market in India was pegged at around 14 million units, overtaking China to be the global No. 1, and is slated to grow further to 16 million units by 2015.

In this environment, Yamaha finds a large growth potential for itself in both the commuter motorcycle segment as well as the scooter market. Despite the slowdown, the company which sold over 360,000 units in the domestic market in 2012, has set itself an ambitious target of doubling sales to 710,000 units in 2013 with domestic sales contributing 500,000 units and exports 210,000 units.