Tough road ahead for CVs

The commercial vehicle sector has shown signs of an uptick as a result of a pickup in road building activity and the government’s push on infrastructure. However, high fuel prices and supply constraints due to the Ukraine war remain areas of concern. 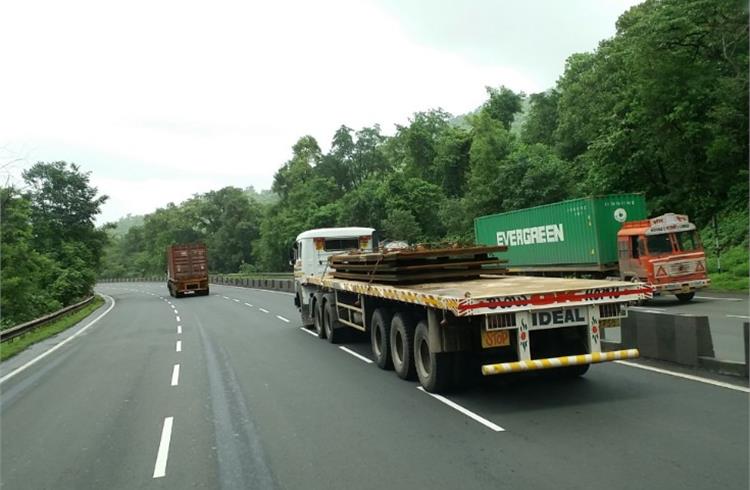 For the Indian automotive sector, FY22 was a year impacted by supply constraints, raw material shortages and the uncertainty caused by the second wave of the pandemic as well as high fuel prices. Yet, after eight consecutive quarters of degrowth, the CV sector was able to record a 25 percent improvement in sales in the current fiscal. Collections of Fastag and e-way bills were positive signs too in the year gone by.

One factor behind this good growth was the LCV segment that saw that increased sales as companies deployed last mile solutions — especially the e-commerce sector – to cater to their customers. The segment has grown a healthy 11 percent over the past fiscal based according to retail data released by companies. Together with the M&HCV segment, which clocked 33 percent growth last fiscal, it has helped the CV pick up some of the momentum it had in the pre-covid times.

Apart from last-mile delivery solutions, pent up demand for replacement of truck fleet as the existing ones is expected to help the momentum in truck sales. As schools re-open, the demand for buses is likely to see an uptick. Some companies intend to replace their aging fleet taking advantage of the National Scrappage Policy announced last year. VRL Logistics is one such company that hopes to replace over a 1000 of its existing trucks.

In yet another sign of some improvement, truck rentals in March rose by about 15 percent. But, the impact of the spike in diesel prices, which accounts for 45 percent of the running cost continues to be an area of concern. One truckers’ body has said that daily changes in fuel prices do not make for proper planning and fleet deployment, and wants price changes to be announced on a quarterly basis.

In a recent interaction with Autocar Professional, DICV MD & CEO, Satyakam Arya pointed out that, “the domestic market is coming into the normal corridor of pre-Covid ancould see 250,000 to 270,000 units of M&HCVs in 2022. Official figures were yet to be released at the time of going to press.

As the new fiscal year commences, the use of CNG in LCVs, and perhaps even further electrification of the segment could well gain momentum. A back-of-the-hand calculation shows that the share of CNG-powered LCVs and ICVs now account for one-third of the market now. The shift to CNG is seen as a hedge against rising crude prices.

On electrification, recent FADA data suggests that the overall commercial vehicle segment clocked a whopping 45 percent increase in sales, with electric commercial vehicle sales increasing four-fold. The spike in diesel prices, a larger charging infrastructure footprint and solutions such as Battery as a Service (BaaS) could help the cause of wider use of e-vehicles.

Though a comprehensive recovery is still a long-way off, the FADA data indicates that the year past can be comfortably considered as the first year of recovery. However, the ongoing geo-political tension can throw a spanner in the works and impact raw material costs to a large extent. Furthermore, a slower recovery in rural markets which bore the brunt of the second Covid wave could act as roadblock for the sector. The severe economic crisis in Sri Lanka is another key worry. The economic emergency in the island nation has led to a huge decline in shipments of vehicle kits, including those for LCVs trucks and buses at the local assembly units set up in Sri Lanka.

As a result, ‘cautious optimism’ could well be the best way to describe the prevailing sentiments for the commercial vehicle segment in FY23. The overall expectation according to industry reports is that the sector will see 16-18 percent growth year-on-year.