CEO Elon Musk’s decision to open up patents in the electric vehicle space could lead to some vehicle makers and suppliers dipping into its patent bag to grow the EV market. 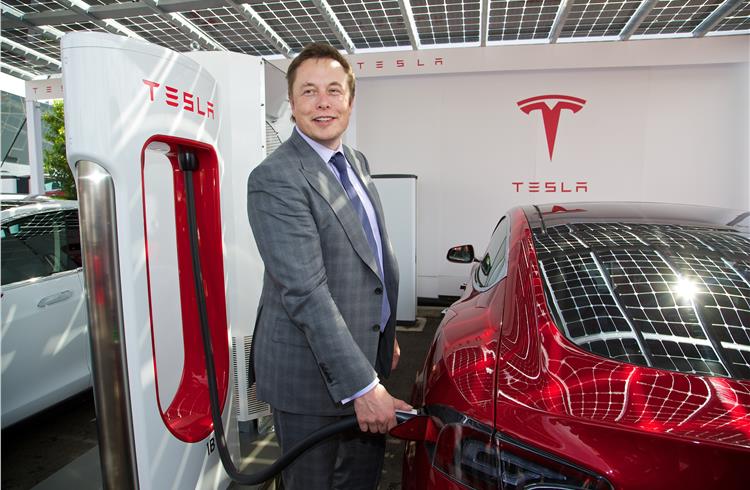 CEO Elon Musk’s decision to open up patents in the electric vehicle space could lead to some vehicle makers and suppliers dipping into its patent bag to grow the EV market. Sumantra B Barooah finds out who they are and how the new move may lead to some new collaboration.

In a blog post on June 12, Elon Musk, CEO of Tesla Motors, sprang a surprise by breaking down the ‘wall of Tesla patents’ for any other OEM to benefit from them. This effectively means that any company with an interest in the EV industry can benefit from Tesla’s inventions linked to electric vehicle technology. Musk said his move is ‘in the spirit of the open source movement, for the advancement of electric vehicle technology’.

This move appears to have got support from two key OEMs in the EV industry – Mahindra Reva, India’s first EV manufacturer, and Nissan, the global EV leader. “We will take a deeper look at the technology and it’s too early to comment if there is a benefit in using any. We are always open to work with organisations to jointly develop EV technology,” says Chetan Maini, founder and CEO, Mahindra Reva, hinting at a possible collaboration.

Technologies related to battery management and quick vehicle charging could be of interest to a company like Mahindra Reva which is currently working on the Halo, India’s first electric sports car, slated for a launch in 2015-16.

Nissan, which makes the Leaf – the world’s largest-selling electric car –  has  welcomed others joining in the effort to promote EVs. It is ‘working with numerous partners across the world’ to develop charging infrastructure readily available to EV drivers’. The Japanese carmaker is reportedly keen to collaborate with Tesla, after the latter’s CEO opened up its patents to all ‘who, in good faith, wants to use our (Tesla’s) technology’. 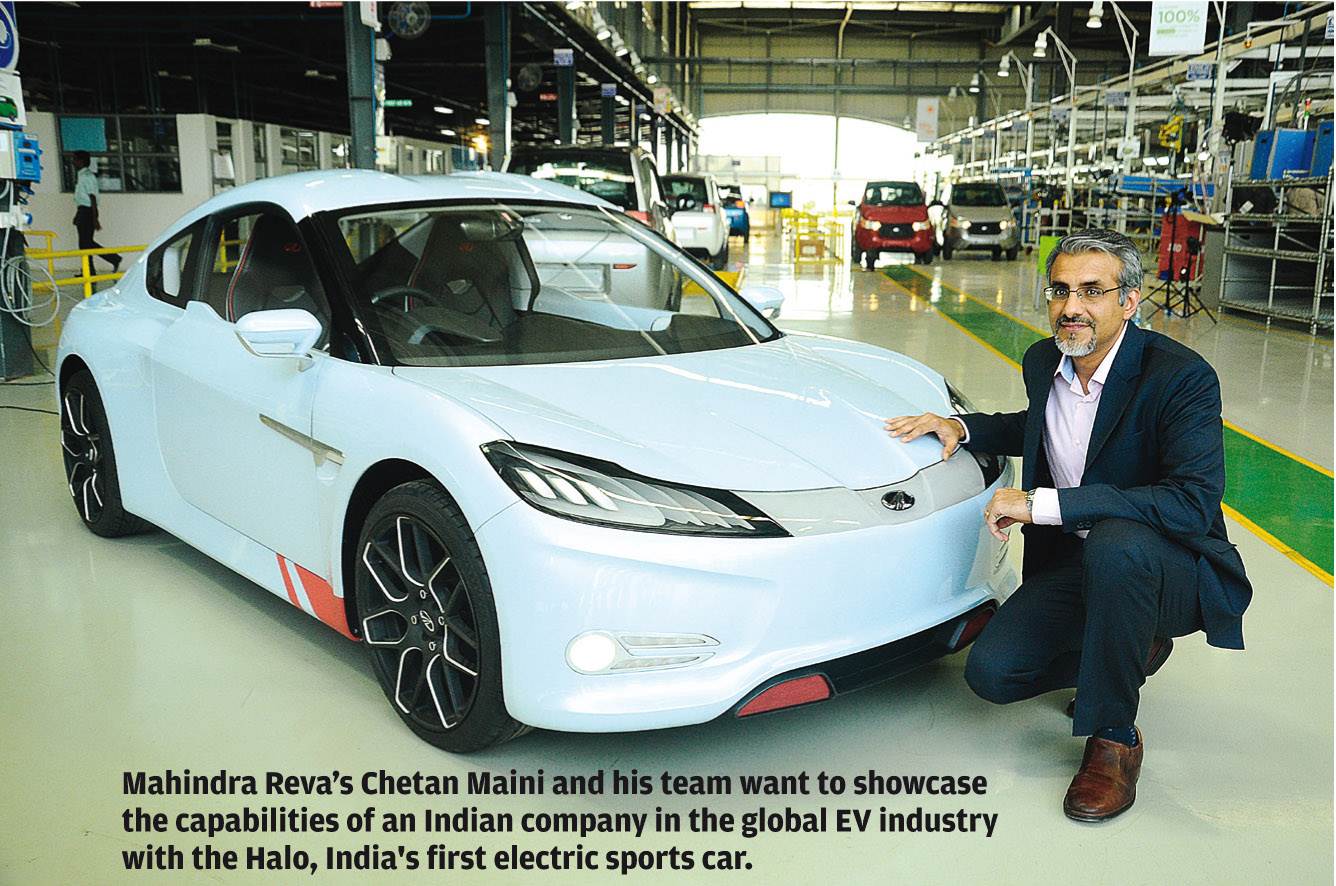 With these reactions from Nissan and Mahindra Reva, it appears that Musk has made the right move to promote a community of EV manufacturers. “Our true competition is not the small trickle of non-Tesla electric cars being produced, but rather the enormous flood of gasoline cars pouring out of the world’s factories every day,” said Musk in his blog.

Maini agrees. “I believe it’s (removing patent barriers) to make EV technology more accessible to achieve an ultimate goal of going petrol-free in transportation. With more players at it, the goal can be achieved earlier,” says the technocrat who launched India’s first EV, the Reva-i, in 2001.

KPIT Technologies, the Pune-based technology services firm, which is set to launch Revolo – India’s first plug-and-play hybrid system – also sees Elon Musk’s move as a step in building a community of companies which have an interest in building the global EV industry. Ravi Pandit, KPIT’s founder and chairman, feels that Musk’s decision is “a very sharp and intelligent move coming from a person who understands very well the value of intellectual property.”  But Pandit is not jumping into Tesla’s ‘treasure trove’ of IPs because the problem statement for KPIT Technologies is different from Tesla’s.

His company is working on developing technologies for more efficient electric vehicles – battery or hydrogen fuel cell powered, for the mass market in countries like India and other similar markets. Tesla, in contrast, makes high-performance premium electric vehicles. “That is not to say that we will never look at their IPs. We will do it eventually but we have our own growth path (too),” says Pandit. To achieve its goals, KPIT Technologies could look at Tesla’s ‘treasure trove’ for technologies that fall in its interest areas such as battery chemistry and super capacitors.

“I think we all have to go electric,” says Pandit. It helps that KPIT Technologies’ VP – automotive technology, Toshimi Yamanoi, is a former official of Nissan’s technology development department. What Pandit and his team are working on is to address the issues of battery storage, its weight and also to identify a better option – hydrogen fuel cell powered electric or battery-powered electric. 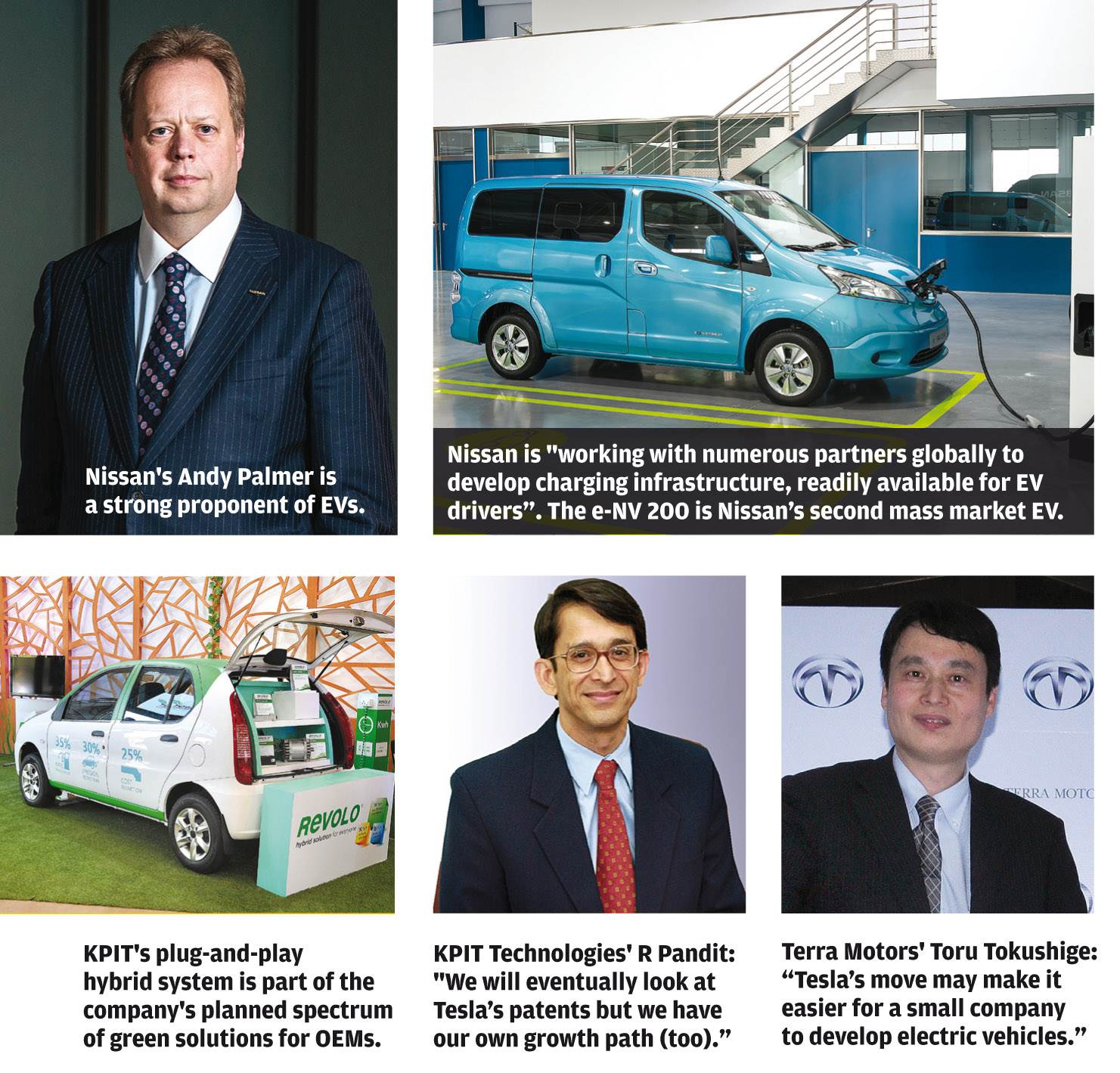 Terra Motors, a leading Japanese electric two- and three-wheeler maker which wants to be the ‘Tesla of Asia’, too sees value in Tesla’s move. Toru Tokushige, co-founder and CEO, feels that free access to Tesla’s patents may help relatively small companies to develop EVs as it could reduce development costs.

However, Terra Motors may not be a major beneficiary as, in contrast to Tesla’s products, it is focusing on building vehicles meant for short distances and at a low cost. “Our approach for EV penetrations is to focus on the electric small vehicle such as two-wheelers and three-wheelers in South East Asia and South Asia. The electric small vehicle is not depending on the charging stations since the running distance is limited, and we can develop the mobility below the current gasoline two-wheeler price,” says Tokushige.

The initial responses from leading industry representatives in India and Japan indicate that Musk has won the brownie, or in this case, green points. His move could lead to the birth of an EV makers’ global club.

However, it is also to be noted that Musk’s announcement comes on the backdrop of a growing debate on whether battery-powered EV is the right bet or do hydrogen fuel cell- powered vehicles hold a better answer to sustainable mobility. Toyota, which had invested US$ 50 million when Tesla went public in 2010, is reportedly looking at an exit. The world’s largest carmaker seems to be betting more on hydrogen fuel cell-powered vehicle technology. Toyota, on June 25, announced that it will launch its hydrogen fuel cell sedan ‘before April 2015’ with a price tag of ‘approximately 7 million yen (excluding consumption tax)’.

Honda and Hyundai also seem to be betting more on hydrogen fuel cells. An official from Nissan, which sees a better rate of success in battery-powered EVs first, feels that the higher charging costs and lack of infrastructure work against fuel cell-powered vehicles as of now.

The debate continues as is the case with most new path-breaking developments. But if the Musk-led Tesla Motors strikes a deal or two with the likes of Nissan and BMW, he would succeed in strengthening the team in favour of battery-powered electric vehicles. 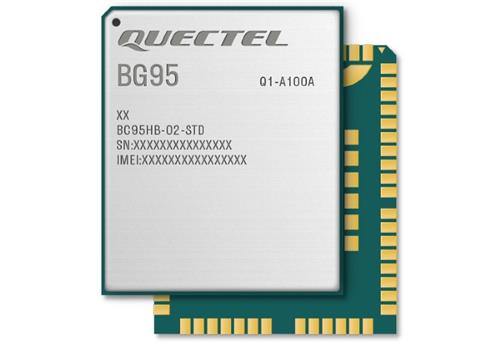 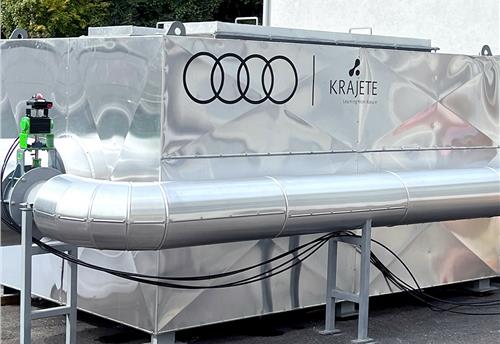