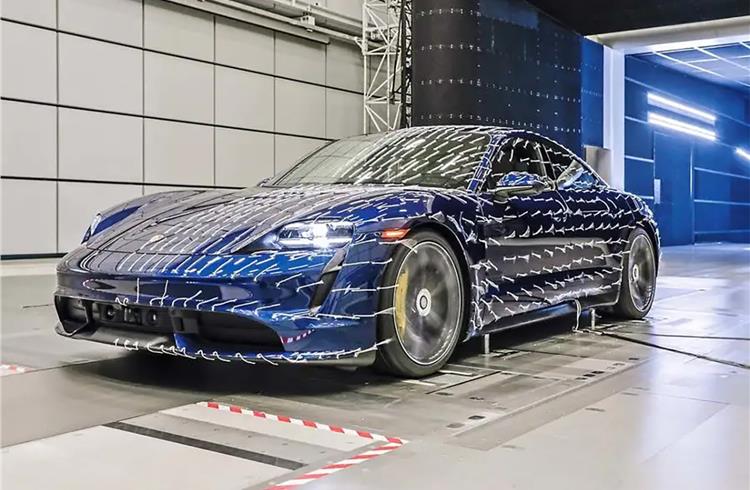 Is it really 40 years since the launch of the ground-breaking third-generation Audi 100, with its drag coefficient of just 0.30? It was a big deal at the time and reflected the change in thinking following the fuel crisis of the 1970s from which the world had not long emerged.

The subtle 100 certainly looked smooth compared with others of that era, but it was far from exotic and perhaps that’s what made its revolutionary aerodynamics all the more interesting.

It’s no secret how important that point in the timeline of the automobile has become, but today, given the massive improvements in knowledge and technology that are available, what can we expect in the future? How much can drag continue to be reduced? How will it affect the look of cars? What impact does electrification have and will it have in the future?

Parasitic drag caused by the air gripping the surface of the car and trying to slow it down is fearsomely powerful, increasing by the square of the speed. Put simply, that means that doubling the speed requires four times the power to overcome the drag. Think, for a moment, how much effort goes into massaging the design of powertrains to extract more power, and all of a sudden the fuss made about aero makes more sense.

Because electric powertrains are so much more efficient than combustion engines, the contribution of aerodynamics to a car’s overall efficiency becomes even more alarming.

According to Thomas Wiegand, manager of aerodynamics R&D at Porsche, drag accounts for 30% to 40% of losses in electric cars on the WLTP drive cycle, possibly rising to 50% in the real world. In comparison, losses due to drag account for just 10% of the overall losses in combustion-engine cars.

The good news is that EVs have several advantages over ICE cars in the aero department. One is that the power units generate far less heat to dispose of, and that means little or no airflow is needed through a radiator and engine bay.

Another is that a lack of exhaust plumbing – and drivetrain components in some cases – means undersides are easier to make absolutely smooth. Increasing use of active aero devices, such as shutters, means that only the amount of air needed is allowed to flow over brake discs and radiators.

The Porsche Taycan and Mercedes EQS are achieving drag coefficients of 0.22 and 0.20 respectively, and the Mercedes EQXX concept drives that down to an almost unbelievable 0.17.

Mercedes aerodynamics engineer Stefan Kröber says the figures translate to energy consumption of 15kWh per 62 miles for the EQS, but that drops significantly to 10kWh for the EQXX. Porsche expects cars will change shape while moving in the future, possibly by using shape memory materials.

Research is also underway at the University of Stuttgart, where speakers are being used to introduce exterior surface vibrations to influence the separation behaviour of the airflow and reduce drag further.