Do you know Tata Communications has been the official connectivity provider for F1 since 2012, helping deliver the action from the highest class of single-seat auto racing seamlessly to millions of fans worldwide? 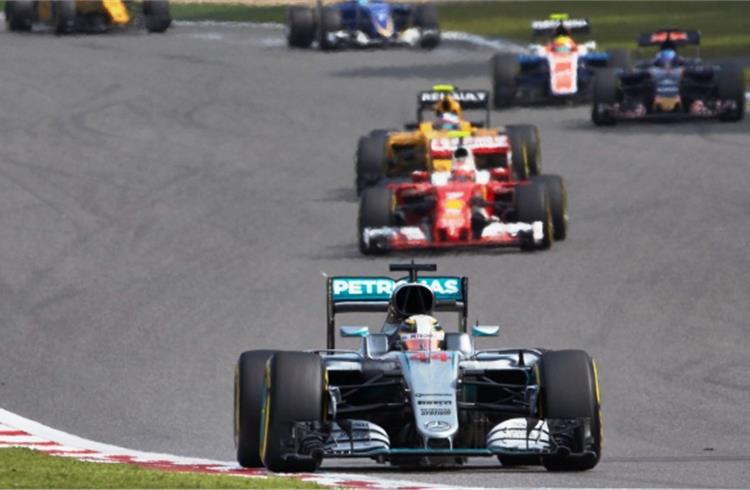 Tata Communications, erstwhile VSNL, is not only among the largest telecom companies in India but also one of the biggest operators of internet routes globally, with nearly 24 percent of all the submarine cables across the world operated by the company.

With such a widespread global footprint, the Indian company bagged the deal to become the official connectivity provider for Formula 1 – the pinnacle of motorsport – in 2012.

As the official connectivity provider for Formula 1, Tata Communications has enabled innovations across multiple spheres of the business of Formula One Management (FOM). Connecting FOM circuits and offices all over the world on the Tata Communications’ network, has itself resulted in an initial 10-fold speed increase.

Since then, Tata Communications has not only expanded its footprint within the Formula 1 ecosystem but also provides connectivity services to the current champions Mercedes AMG Petronas, broadcast services to Chello DMC, Red Bull Media House and GP2, GP3 and Porsche Supercup racing series, along with continued research and development with the team on a number of proof-of-concepts.

In the fast-paced and continuously evolving technology landscape that is Formula 1, it is imperative to stay one step ahead and that is precisely what Tata Communications bets on to provide seamless connectivity and cloud services to the sport, race after race. A team of dedicated technicians and engineers works 24x7 to ensure Formula 1 fans stayed glued to every race with a glitch-free experience.

For the Indian telecom major, the Formula 1 business has provided it the opportunity to showcase its capabilities as a holistic one-shop stop for all connectivity requirements for large fast-paced businesses and has also helped them bag several new clients. As Mehul Kapadia, managing director of Formula 1 Business at Tata Communications, puts it, “If we can do it for Formula 1, we can do it for anyone.” 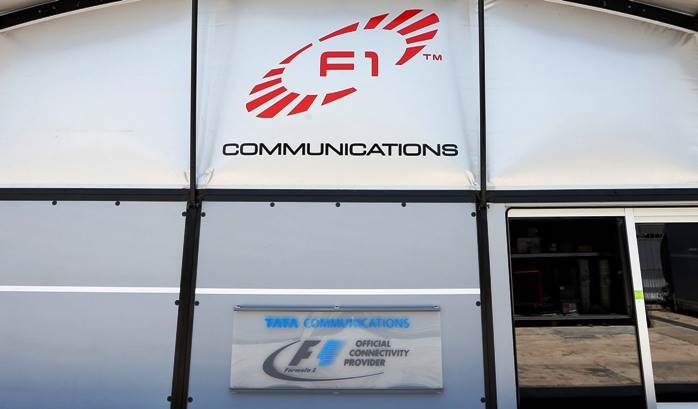 Tata Communications also works closely with Mercedes AMG Petronas to deliver high-speed, high- quality and secure trackside connectivity, enabling the team to transfer vital real-time data from the ‘silver arrow’ cars at any Grand Prix location to its headquarters in the UK, three times faster than before. The improved trackside connectivity enables the team to react faster to developments at the track and also helps optimise car performance. It would not be wrong to say that Mercedes AMG Petronas has benefitted immensely from this top-notch connectivity.

In 2014, Tata Communications became the first company to deliver a live 4K feed from a Formula 1 event. The next year saw it complete another successful proof of concept, delivering a live trackside feed from the Singapore track to Formula One Management’s Technical HQ in Biggin Hill, UK – with no time lag between the live broadcast and the footage viewed on the app. This test demonstrates how the Formula 1 fan experience can be enriched through new technology.

Tata Communications and FOM also successfully tested the first-ever delivery of a live track-side feed on an OTT platform. Last month, the company also readied broadcaster Sky for the first ever, ultra-high definition broadcast of the 2017 F1 championship.

In 2014, Tata Communications, Formula One Management and the Mercedes AMG Petronas Formula One Team, came together to launch 'The F1 Connectivity Innovation Prize'.It promotes and rewards connectivity innovation. Through the US $50,000 prize, the 2016 campaign invites fans and innovators worldwide to harness their technical know-how and passion for F1 racing to drive innovation in the sport through two technology challenges.

This year’s challenges focus on how virtual reality or augmented reality technologies could be used to make the sport more immersive for fans, and help the teams work more effectively in the run-up to and during each Grand Prix.

So the next time when you're glued to Formula 1 action, you know where it's coming from.

How did Tata Communications association with Formula 1 begin?

We started our journey with Formula 1 in 2012 when we became their official connectivity provider. Under this relationship, every race track they go to or every new race track they introduce, we deliver connectivity for them. These include various services such as voice, data, business applications, video and timing data as well. We also operate their website, which sees massive traction every race day from fans all across the globe.

As Formula 1 is one of the most technologically advanced sports, they are able to support a lot of innovation and that is why we chose to work with them. Over the last four years, not only have we delivered all these services, but now they use over 40 times more than they used to before we came on board. We also do a lot of innovation with them. We did the first-ever JPEG 2K, which is a transmission technology trial with them at the track. We also did 4K and Ultra HD transmission trials with them. It is an innovation hotbed for us.

What sort of competition did you have when you were vying for the Formula 1 business?

Before we got the business, they used to outsource different parts of their work to different companies. They were not doing as much remote operations as they are able to do now.

When we started working with them, we just opened up connectivity in a way they had never used before. Thus, we did not really have any single point of competition as we were able to give them an integrated solution, which was scalable. They needed someone who could scale up to their requirements and we helped them achieve it. 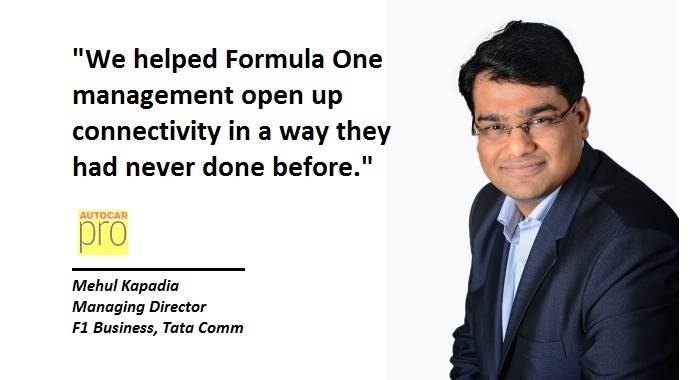 How has viewership evolved for Formula 1 since you partnered FOM?

If you see fans globally, what we are witnessing now is that it is not just about the viewing experience on television. In fact, a lot of viewers are taking content on the go and are more interested in the application around it. That story telling is more interesting than just watching a race on the television these days. Experiences are becoming much more immersive, so I think that the interest in the sport continues to remain strong, but people now consume it through various mediums.

How does Tata Communications help in providing that immersiveness?

We provide cloud services for connectivity and computing power in order to help create the immersiveness. Through our F1 connectivity innovation challenge, we have looked at creating a platform where we can crowd-source ideas and talent from around the world. Under the competition, we create real-life Formula 1 challenges which can help engagement for the viewers and fans globally better.

This year’s challenge revolves around the use of virtual reality and augmented reality to improve the experience for the fans. It is right in the sweet spot, whether it happens in the next six months or takes much more time remains to be seen.

The ecosystem around virtual reality is slowly developing and what better way to understand the ecosystem than actually trying to generate ideas around it? With the connectivity innovation prize, we wanted to make people start imagining experiences and then at the right time we would bring such products into the market. Going forward, you will see many such innovations redefining the experience of the sport.