With an estimated sale of over 1.5 million units, SUVs are likely to account for 42% of India’s overall passenger vehicle market in CY2022, while the share of hatchbacks share is estimated at 35 percent. 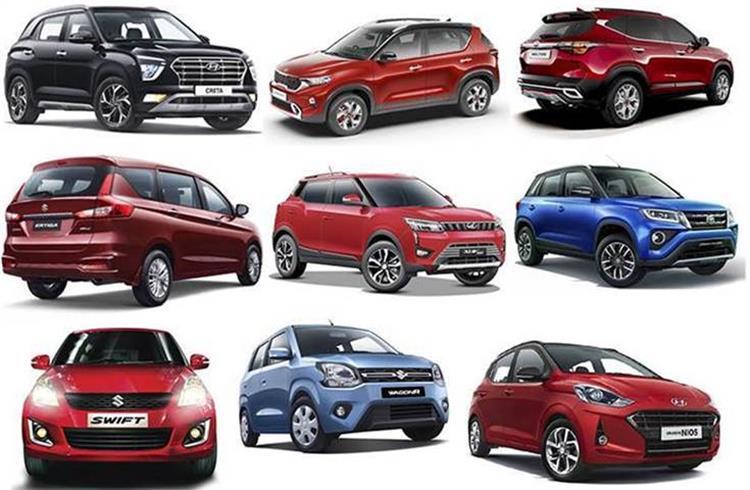 The Sports Utility Vehicle (SUV) segment has become the largest selling vehicle body type in the Indian market, overtaking the humble hatchback which was the primary choice for the millions of Indians over the years. Increased affordability due to rising disposable income and high-decibel new vehicle launches over the years have expanded the bouquet of choices for the prospective Indian buyers.

Ravi Bhatia, president of JATO Dynamics India, says SUVs are considered as a boom that became a long-term trend and continue to drive industry growth. In the process they saved many OEMs from the financial crisis years and are now the only source of profit for many car makers.

“The SUV body style allows an OEM to earn more profit than on the hatchback platform, which is evident from the SUV launch activity. They are popular because of their high driving position, that gives a sense of safety when driving, especially the older people. Plus, with higher ground clearance, they are more comfortable to get in and out, especially for old people,” added Bhatia.

In addition to these, SUVs sport aggressive design and are positioned as more capable vehicles whih are designed to handle all road conditions with ease. They are definitely more appealing to a larger part of the population, believes the head of JATO Dynamics India.

Bhatia is of the opinion that their popularity is so big that brands, which have historically been manufacturers of sports cars and luxury sedans – Porsche, Lamborghini, Volvo and Rolls-Royce – are now selling more SUVs than cars. Over a period of time, SUVs have transformed from being boxy and expensive (old Land Rovers and Toyotas) to become more modern and affordable.

One of the key contributors to India’s booming SUV market has been the Tata Punch compact SUV at the entry level, while the midsize SUV segment has benefitted from the entry of Maruti Suzuki along with its global alliance partner Toyota, which has brought in the incremental volumes.

Shashank Srivastava, senior executive director, Sales and Marketing at Maruti Suzuki, says the increased preference towards SUVs have been due to the design, strong road presence, high ground clearance and seating position and the flexibility in usage of interior space. "There is an overlap in consideration, as the entry SUV prices have started overlapping with premium hatchbacks and entry sedans in the market," added Srivastava.

As per JATO Dynamics India’s data (above), SUVs are likely to account for 42% of total PV sales at the end of CY2022, up from the 26% share the segment had in 2019. In comparison, the share of hatchbacks over the past three years, has dropped sizeably from 46% in 2019 to 35%  at the end of 2022. The SUV market share trend in India is inching closer to that of evolved markets like Europe, where SUVs account for 45% of sales.

In the past three years, the choices in SUVs have gone up from a dozen models to over a couple of dozens and they are available from a price point of Rs 600,000 through to upwards of Rs 1 crore.

SUV buyers in India are spoilt for choice as they have a multitude of powertrain options – right from petrol, diesel, hybrid and electric – to choose from.

Tata Motors, the country’s third largest carmaker, has capitalised from the multi-powertrain strategy – of offering petrol, diesel and electric option on the Nexon SUV, which has made the vehicle the highest selling SUV in the market with a monthly volume of 15,000 units. The Nexon, in tandem with its entry-level sibling Punch, has helped Tata Motors grab the leadership position in the SUV segment.

Given the shift in preference for SUVs, new entrants like Kia and MG have exclusively focused on the growing utility vehicle space.