The Stile marks Ashok Leyland's foray into the passenger vehicle segment. Here's looking at some of the key suppliers to this MPV. 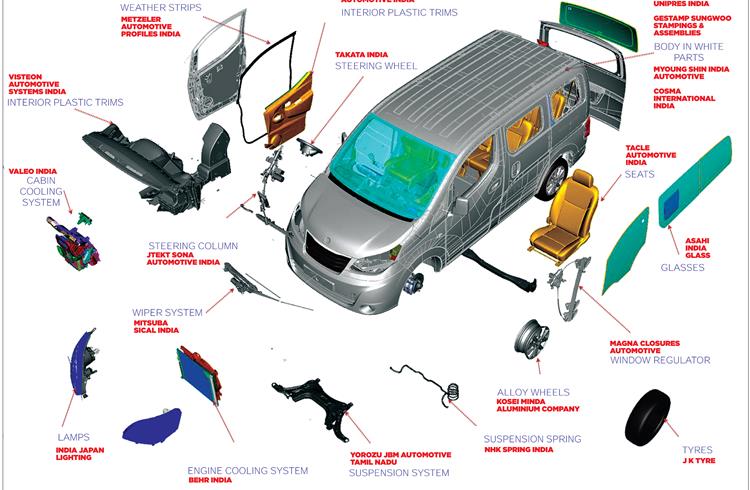 The Ashok Leyland Stile is another vehicle which has a dual market positioning as a people-mover for personal as well as commercial applications.

The second part of the product ‘trilogy’ by the Ashok Leyland-Nissan joint venture in its first phase, the Stile also marks the Indian partner’s foray into the passenger vehicle segment. There could also be more products based on the NV 200 platform that the Stile is based on.

Since its launch in October 2013, the Stile has sold around 650 units till December. Not only has the vehicle been highly localised, the Stile also added features such as sliding windows in rear doors, captain seats which were incorporated in its original version, the Nissan Evalia too in India.