Setco Auto to double its capacity by 2017

CV clutch manufacturer Setco Automotive, which is targeting a Rs 1,000 crore turnover by 2017-18, is modernising its Kalol plant in Gujarat, developing new product systems and also looking to increase exports. 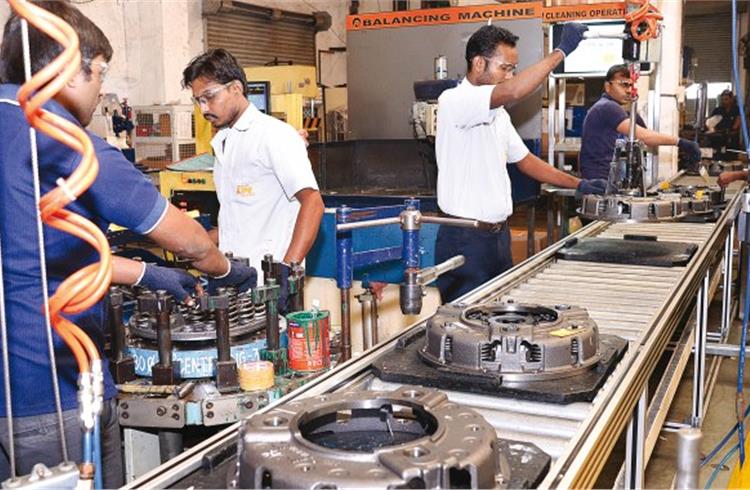 Setco Automotive, the largest clutch maker for medium and heavy commercial vehicles (M&HCVs) in the country, is undergoing a transformation. With its sights set on being the preferred clutch supplier to one out of three M&HCVs globally and one out of five tractors worldwide, the company is modernising its Kalol manufacturing unit, developing new product systems and diversifying to capture new market segments.

The auto component maker aims to double its capacity in the next two years and by 2017-18 hopes to cross the Rs 1,000 crore turnover mark as well. We recently visited the company’s Kalol facility in Gujarat, which is not only its largest in India but also the headquarters for a host of products exported globally.

Setco Automotive was set up in 1982 and was known as Gujarat Setco at the time. Starting from a small scale setup in 1982 to a turnover of around Rs 500-600 crore now, the company has come a long way. It has two plants in India, one in Kalol, near Vadodara, and another in Sitarganj, Uttarakhand and sells its products under the Lipe brand.

Apart from these facilities, Setco also has two international plants – one each in the UK and US – to cater to the markets there. While the Kalol unit can manufacture 40,000-50,000 vehicle sets a month, the Sitarganj plant can produce 30,000-35,000 vehicle sets in a month. While the Kalol plant is a fully fledged unit equipped for making chilled parts as well, the Sitarganj plant is an assembly only unit.

The company’s manufacturing engineering division has been given the responsibility of modernising the Kalol unit and Neeraj Srivastava, general manager at the company, is in-charge of the project. “Our aim is to achieve nearly 33 percent share globally in the CV clutches market and 20 percent share in the tractor clutches market worldwide. For this, we need to almost double our capacity in the next two years and this would require a complete overhaul. We are modernising our entire Kalol facility and through automation we are looking to enhance the overall plant capacity and efficiency. We are changing our equipment and will use a lot of robots. The throughput time is obviously going to come down significantly once that happens,” says an excited Srivastava while showing us the recently set up model assembly line. He adds that the entire upgradation process would require an investment of nearly Rs 60-70 crore over the next two years.

Given the introduction of modern machinery and processes, Setco has started training programs for its employees, and has also set up a new dexterity centre where continuous training will take place. The company also has a state-of-the-art R&D centre at Kalol certified by the Department of Scientific and Industrial Research, government of India to design, develop and validate full clutch systems.

Setco Automotive has also invested Rs 182 crore in setting up a casting foundry near its plant to meet its input requirements. Set up by its joint venture subsidiary called Lavacast, with Lingotes Especiales from Spain, the casting foundry has a 30,000 tonnes per annum capacity, of which 33 percent is for in-house use and the rest used to supply to the market. The 22-acre facility also houses a fully integrated machine shop equipped with all modern machinery to provide superior quality and cost reduction. The foundry has already started initial production for internal use and will begin commercial production in January. By end-2016, the unit is expected to hit an output of around 1,200 tonnes per month.

With the domestic M&HCV industry posting positive growth over the past year, Setco's growth plan seems to be well-timed. 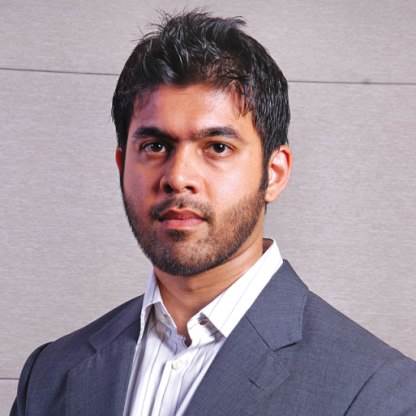 The growth will come from multiple segments. Currently we have a dominant share in the M&HCV market and we are entering the tractor and the light commercial vehicle segments. We are betting big on incremental volumes for growth in these segments.

The other key thrust area for us is exports, which currently account for nearly 14-15 percent of our turnover. We are looking to increase that share to 25 percent by 2017-18. The higher exports will primarily come from the US, UK and Russia. We are also working on a lot of new product development. We have sent a lot of key senior executives to the American market to understand the demand scenario there.

How many countries do you export to and have you added any more of late?

We export to 64 countries right now. We do not intend to venture into any new markets as of now as we want to increase our penetration in the existing markets. There are two types of markets. One is new markets with an OE presence where there is just distribution. In these markets we have to enter through the OEMs and there is no other option. Other markets are like the Middle East and Africa where the customers are much more price sensitive, and are happy to accept Indian products due to competitive prices and the quality. So it is just the brand perception which needs to change. More than any marketing in these countries, what would help us is incentivising the channel partners to popularise our products.

You were looking to set up a facility in Russia.  How is that progressing?

We are talking to a large Russian OEM — Kamaz — and they are testing our product right now. When they commit volumes we will know if we need to open a plant over there or not. Initially, it will be an assembly operation and I do not think we need to invest heavily there because those guys have such massive factories, they can just give us some space there. We will know after completing one year of supplies if the market is viable. There is no point in committing money and resources in the project until the market there picks up.

You are the largest player in the domestic market. Any plans of increasing share here?

We are pretty saturated in the M&HCV segment at the OE level, and the aftermarket is the only place with some scope for penetration. However, then it becomes a price war game. While the domestic market right now does not seem to be growing significantly and this year has been largely flattish, we expect to see some turnaround in terms of fresh demand in the next financial year.

Does your strategy of supplying to aftermarket sit well with OEMS?

For us exports are the most profitable, but the payment cycle is the longest. OEMs are the best as they are always on time with payments. So we manage to keep our share in each of these segments.

What is the break-up of your supplies between OEMs, OES and aftermarket?

Aftermarket and OEs are bigger than OEMs. Going forward, the aftermarket along with OEs will continue to have the majority market share of nearly 55 percent in the years ahead.

What is Setco’s current global standing?

We are easily in the top five players with respect to volumes. The real big players are Fitchel and Sachs (known as ZF Sachs now) from Germany and Eaton from USA. Other players include LuK from Germany and Valeo from France. All these other suppliers make other parts as well and not just clutches. They make friction material, actuation systems and transmissions which gives them a higher topline as well. We are also working on other such products. We are working on developing our own actuation systems it is a very refined technology and would take some time, so we have to really take a jump on this. I can’t say it would be ready next year.

How much are you planning to invest in the development of these systems and who will you partner with for this product?

We do not have a fixed amount right now. Our idea is to get the right technology first. Yearly we must be spending close to 1.5-2.0 percent of our total sales in R&D. Earlier we were in talks with a German company but that did not work out, so we are still scouting for a technology partner. Right now our hands are full with upgrading our facilities and new product development for the business to stabilise in the US, Middle East and Africa.